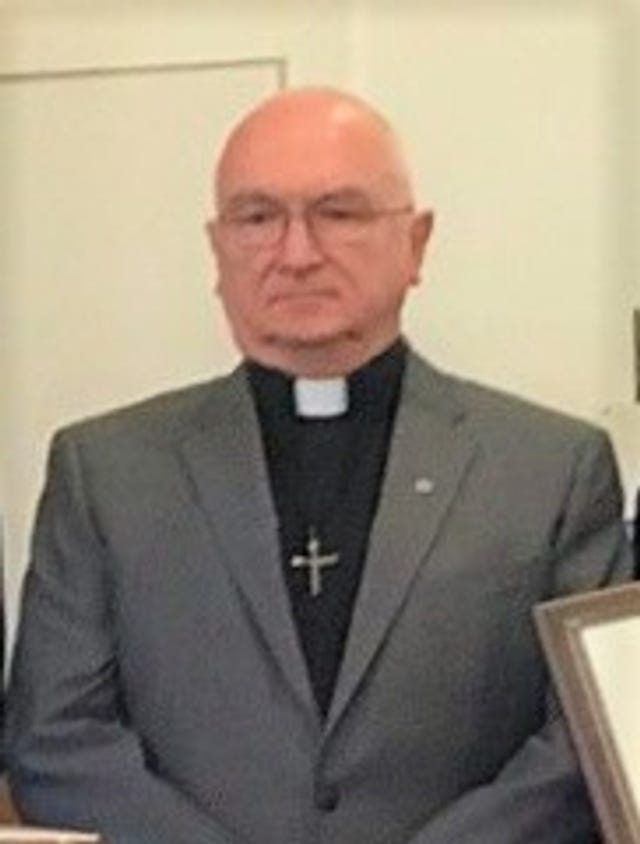 Christianity is losing momentum in America.

That is no secret.

The polling numbers show that roughly 10% of Americans left Christianity between 1990 and 2015.

There are many reasons that people are leaving, but today I’d like to show you 2 more sick examples of why some may leave the church or…

It is always important to remember that even ordained clergy members are still human AND that the bad seeds should never indict the whole church or any specific denomination.

Before you continue, please know that these stories are disturbing and very graphic.

A Presbyterian minister, who said he was following the Bible, used Native American exorcism rituals, gemstones and even oral sex to extract “evil spirits” from men undergoing crises in their lives, the church and men claim.

The so-called healing acts, which date to 1999, were allegedly performed by the Rev. Dr. William Weaver, a prominent Presbyterian minister who served as pastor at Linden Presbyterian Church for 39 years, one of two Presbyterian churches in Linden, a city with a population of over 40,000. He also held several public roles, including chaplain for a county police department.

Weaver, 69, was scheduled to face his three accusers during an internal church trial, but on Jan. 25, 2019, one day before the trial was to begin, he renounced the jurisdiction of the Elizabeth Presbytery. He was accused by the church of “multiple acts of idolatry and sexual misconduct.”

Every meeting with Weaver began the same way, Meeker said. The minister told him to undress completely and lie on the bed. Then he placed an angel coin — a coin with an angel or saint printed on it used for praying — on Meeker’s forehead and wrapped a magnetic strip around his head to keep it in place.

Weaver then would place a series of stones on both of Meeker’s feet his hands and on the left side and right side of his chest.

“I was told that for him to get everything out me, I needed to lay completely still to not move the stones on my feet,” Meeker said in the impact statement. “He would then take out the feather and scan my body from my neck to my stomach.”

Weaver then opened Meeker’s mouth, placed his own mouth on top of Meeker’s mouth, and moved his tongue around “to see if I had anything in my mouth or throat,” Meeker wrote.

Then the interaction became sexual, with Weaver engaging in oral sex, according to Meeker.

“He would then ingest my ejaculate and then would spit up multiple pieces of plastic or metal into a Ziploc bag,” Meeker stated.

He said he began to ask Weaver about the necessity of the ritual and asked the minister if he was using the same techniques on women. Weaver, according to Meeker’s statement, said “everything would come out of a woman’s navel and every 30 days their cycle would clear them out.”

I feel it is quite important to note that the Presbyterian Church of the USA allows same-sex marriage, and ordains openly LGBT members in committed relationships.

So a minister trying to drive demons from men through oral sex is not a total shocker but is, of course, not in line with the methods of the church.

As a young man, ages 14 through 16, I was in a Catholic High School Seminary and I can tell you that many of us left our church because of stories and continual happenings like the one you are about to read.

Sisters of Mercy? Not for one former Staten Island resident.

Robin Campbell, 65, who lived at the Mount Loretto Catholic Mission on Staten Island claims in court documents filed Monday that she was tortured by nuns for five years as a homeless girl, enduring ghoulish physical and sexual abuse almost every day.

“The only time I recall not being abused was when President Kennedy was assassinated,” Robin Campbell charges in court documents filed Monday. “Perhaps the nuns were in mourning.”

She described living in a room that housed 100 girls in 50 bunk beds and alleged being assigned a bed closest to the door — presumably for the access it provided at least one of her tormentors.

“The place had a profound impact on my life. I feel horrible, I suffer from PTSD,” Campbell said. “They took away my childhood. You have no idea what it feels like as a child to feel like you have to hide at night, or to sleep with one eye open. You lose your childhood….

“My experiences at Mount Loretto affected me sexually, emotionally. I can’t even bear being touched by anyone. They affected my ability to have relationships as an adult.”

The Catholic Church does not officially endorse any of this, but not allowing nuns or priests to marry is a recipe for disaster. Catholic Priests molesting children is simply out of control.

I entered a High School Seminary at the age of 14. Our Freshman class had roughly 45 students. By the time I left, for my Senior Year in High School, there were less than 20.

Of those, I know of only one who actually went on to become an ordained Priest.

The Catholic Church has since closed down Savior of the World Seminary in Kansas City, KS and turned it into a pastoral center. That was a good move.

My class was marked by a few open homosexuals and there were several rumors that floated around about staff encounters that would be deemed inappropriate by anyone.

As Christians, we must focus on the Word of God and not on our self-anointed leaders.

These people are human, of course, but their misdeeds are helping destroy God’s Church in America.