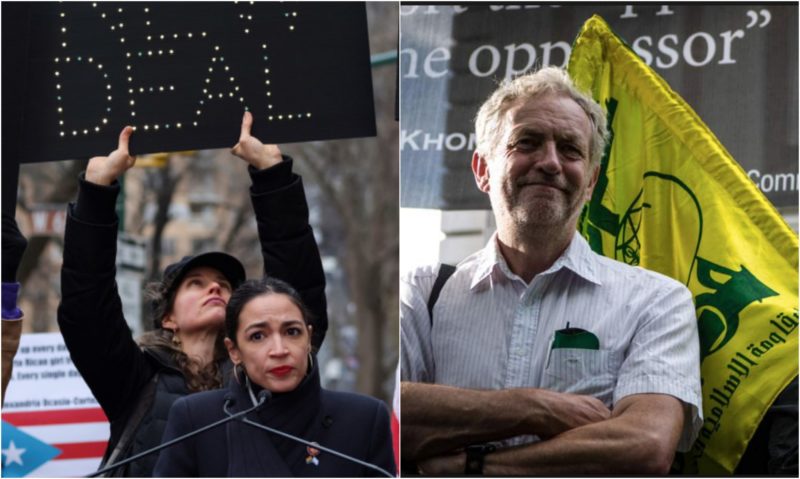 To put it quite clearly: we have an economic programme. Point No. 13 in that programme demands the nationalisation of all public companies, in other words socialisation, or what is known here as socialism. … the basic principle of my Party’s economic programme should be made perfectly clear and that is the principle of authority… the good of the community takes priority over that of the individual. But the State should retain control; every owner should feel himself to be an agent of the State; it is his duty not to misuse his possessions to the detriment of the State or the interests of his fellow countrymen. That is the overriding point. The Third Reich will always retain the right to control property owners. If you say that the bourgeoisie is tearing its hair over the question of private property, that does not affect me in the least. Does the bourgeoisie expect some consideration from me?… Today’s bourgeoisie is rotten to the core; it has no ideals any more; all it wants to do is earn money and so it does me what damage it can. The bourgeois press does me damage too and would like to consign me and my movement to the devil.

There is a difference between the theoretical knowledge of socialism and the practical life of socialism. People are not born socialists, but must first be taught how to become them.

Socialism as the final concept of duty, the ethical duty of work, not just for oneself but also for one’s fellow man’s sake, and above all the principle: Common good before own good, a struggle against all parasitism and especially against easy and unearned income. And we were aware that in this fight we can rely on no one but our own people. We are convinced that socialism in the right sense will only be possible in nations and races that are Aryan, and there in the first place we hope for our own people and are convinced that socialism is inseparable from nationalism.

Adolf Hitler “Why We Are Anti-Semites,” August 15, 1920 speech in Munich at the Hofbräuhaus.

Rep. Alexandria Ocasio-Cortez (D., N.Y.) on Sunday said it was an “honor to share such a lovely and wide-reaching conversation” with U.K. Labour Party leader Jeremy Corbyn about their common cause to take on billionaires, polluters, and “migrant baiters.”

Corbyn, who has a history of making anti-Semitic remarks, tweeted that it was “Great to speak to @AOC on the phone this evening and hear first hand how she’s challenging the status quo.” He went on to talk about the importance of “build[ing] a movement across borders to take on the billionaires, polluters and migrant baiters, and support a happier, freer and cleaner planet.”

It was an honor to share such a lovely and wide-reaching conversation with you, @jeremycorbyn!

Also honored to share a great hope in the peace, prosperity, + justice that everyday people can create when we uplift one another across class, race, + identity both at home & abroad. https://t.co/7qnz42I8du

“Hi @PopChassid – thank you for bringing this to me. We cannot + will not move forward without deep fellowship and leadership with the Jewish community. I’ll have my team reach out,” Ocasio-Cortez responded.

Ocasio-Cortez, a self-described democratic socialist, has a history of being critical of Israel. During her campaign, she tweeted that the killing of Palestinians at mass border protests by Israeli security forces was “a massacre.” She has also tried to have it both ways on a two-state solution with Israel and the Palestinians depending on who is asking her about it. When asked whether she supported a two-state solution during an interview with the left-wing Democracy Now!, she said, “this is a conversation that I’m engaging with with activists right now.”

The Times of Israel outlines Corbyn’s history of anti-Semitism, including his attendance at a memorial for terrorists who killed 11 Israelis at the Munich Olympic Games in 1972. His attendance at the event drew rebuke from Israeli Prime Minister Benjamin Netanyahu.

In the 1980s, Corbyn sponsored and spoken for a group called the Labour Movement Campaign for Palestine whose official platform declared its “opposition to the Zionist state as racist, exclusivist, expansionist and a direct agency of imperialism.” A conference it held in 1984 demanded that the Labour Party’s key institutions “support the Palestinian people in their struggle for a democratic and secular state in the whole of Palestine”; materials published by the movement for the event proclaimed that it sought “to eradicate Zionism.”

In 2014 he laid flowers at a cemetery where Palestinian terrorists who murdered Israeli athletes in Munich in 1972 are buried. Appearing at a Labour Friends of Israel reception during his party’s annual conference in 2015, soon after he had been elected Labour leader, he was heckled after giving an address during which he did not mention the word “Israel.”

In 2018 when Labour belatedly adopted the International Holocaust Remembrance Alliance’s working definition of anti-Semitism, Corbyn sought in vain to add a caveat that it should not be considered anti-Semitic to describe Israel and/or the circumstances of Israel’s establishment as racist.