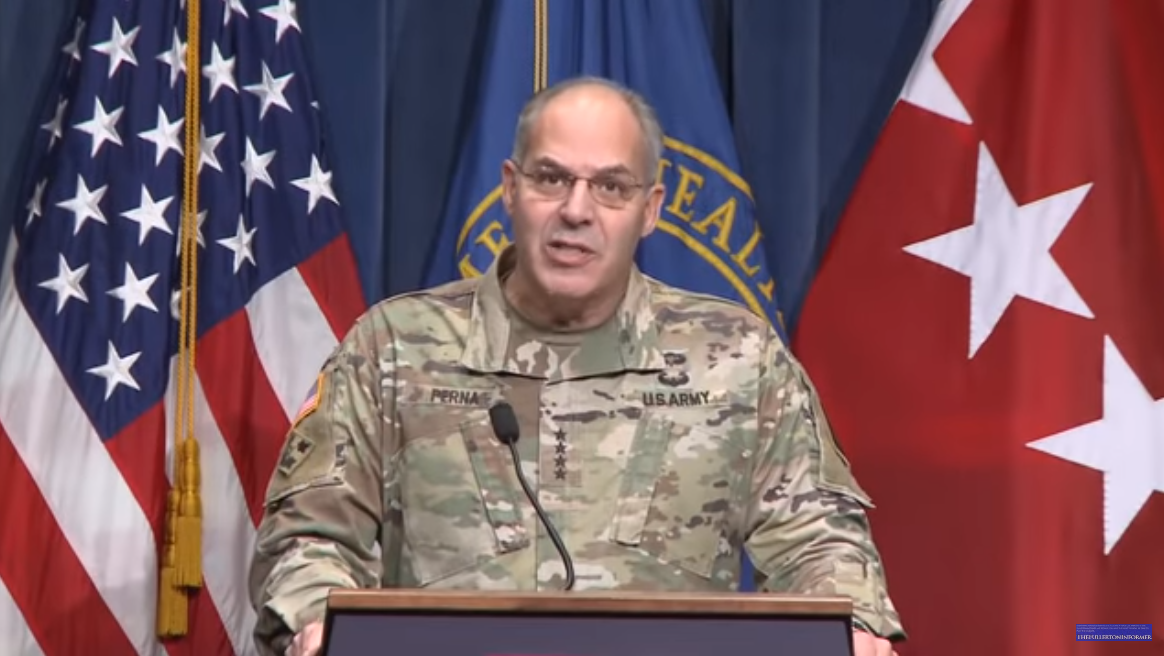 Hear all Situation Updates (one posted each day) at the Health Ranger Report channel on Brighteon.com.

NOTE: A video channel on Brighteon.com exposes all the crimes, fraud and lies of the CCP. This is a very important channel to follow and share. Here’s the URL:

“Key witnesses are being taken out. Fourth one this morning. MSM hiding everything.”

Bitchute video at this link.

Perna: “D-day… is the beginning of the end, and that’s where we are today.”

Title 18, Section 2331(5) of the US Criminal Code, that defines “domestic terrorism” as: “activities that appear to be intended to intimidate or coerce a civilian population and influence the policy of a government by intimidation or coercion”

(ii)to influence the policy of a government by intimidation or coercion; or

(iii)to affect the conduct of a government by mass destruction, assassination, or kidnapping; and

(C)occur primarily within the territorial jurisdiction of the United States;

Section 1. All executive departments and agencies of the Federal Government shall be closed and their employees excused from duty on Thursday, December 24, 2020, the day before Christmas Day.

Sec. 2. The heads of executive departments and agencies may determine that certain offices and installations of their organizations, or parts thereof, must remain open and that certain employees must report for duty on December 24, 2020, for reasons of national security, defense, or other public need.

Dec. 10th EO: Executive Order on Providing an Order of Succession within the Department of Defense

(ii) Secretaries of the Military Departments;

(iv) Under Secretary of Defense for Intelligence and Security;

(v) Chief Management Officer of the Department of Defense;

(vi) Under Secretary of Defense for Acquisition and Sustainment;

(vii) Under Secretary of Defense for Research and Engineering;

(viii) Under Secretary of Defense (Comptroller);

Ezra Levant: “Canada is training one and two start Chinese generals in our war colleges, training lieutenants and majors, commanders.”

The biggest scoop I’ve ever had in my life. Trudeau invited Chinese troops to learn winter warfare tactics at the Canadian Forces Base @GarrisonPet. 34 unredacted pages of cowardice and appeasement towards China, hostility towards America.

‘Top secret’ government documents have revealed that Canadian Prime Minister Justin Trudeau invited China’s People’s Liberation Army (PLA) to send its troops to Ontario for cold weather training and was unhappy when it was canceled, according to two Canadian media outlets.

The Canadian government’s bombshell secret 34-page file was obtained by Rebel News and The Globe and Mail.

Of more concern to US security interests is the ongoing seaport expansion project in the already commercially important port at Kingston, Jamaica, as well as the port at Freeport, Bahamas, China’s possible new base of operations 90 miles off the US coast.

China’s Communist Party (CCP) seems to be implementing a multidimensional strategy in the Caribbean, reaping economic, political and potentially military gains a few miles offshore the United States. China’s ultimate objective of its Caribbean strategy may well be to confront the US, not only with its presence near the mainland US, but also with a situation analogous to America’s military presence in the region of the South China Sea. There, China created new islands in the sea, pledged not to militarize them, then went and militarized them.

Our plaintiffs have standing.

We The People will not allow rigged elections.

Brighteon video at this link.

An attorney in a Michigan election case on Friday said that an infamous vote flip happened because of a computer program, not human error.

DePerno said that through the lawsuit, his team was able to get access to the Dominion Voting Systems program. They went earlier this month and retrieved 16 thumb drives and 16 data cards, as well as the forensic image of the actual tabulation machine in the Antrim County clerk office.

“My team has been running analysis through that forensic image since Sunday,” he said.

Assistant Attorney General Heather Meingast told The Detroit News that the imaging was done by the Allied Security Operations Group and a resident of the Village of Central Lake. Allied, based in Washington, didn’t respond to a query.

The Kraken is in fact, being released.

Sidney Powell just released the names of four alleged co-conspirators who led the effort to rig the election.

Powell is planning a massive RICO case against both Smartmatic and Dominion.

She went on “Lou Dobbs Tonight,” where she released more information on the voting software, and this “Cyber Pearl Harbor.”

According to Powell, her team has “reams and reams of actual documents” showing that Smartmatic and Dominion executed this entire coup.

“Sidney Powell points out that George Soros, Lord Malloch Brown, the names you see below – and many more were involved in the “Cyber Pearl Harbor” attack against our nation on NOV. 3-4 and after. LISTEN:”

They designed and developed the Smartmatic and Dominion programs and machines that include a controller module that allows people to log in and manipulate the vote even as its happening,” Powell said. “We are finding more and more evidence of this.”

Powell claims that she and her legal team have compiled “reams and reams of actual documents” from the firms showing that Dominion and Smartmatic “planned and executed all of this.”

“We know that 400 million dollars of money came into Smartmatic from China only a few weeks before the election, that there are George Soros connections to the entire endeavor,” Powell said – bringing up Eric Coomer and Mark Malloch Brown as two individuals she believes are involved with the entire scheme.

Powell explained that the documents are still being reviewed but investigators are getting a clear picture of who the major players are. Some of these individuals reportedly include former Venezuelan communications director Jorge Rodriguez, Hezbollah liaison Khalil Majid Mazoub, software designer Gustavo Reyes Zumeta, and Smartmatic CEO Antonio Mujica.

“Frankly, our national security agency and defense intelligence agency need to be all over this immediately. The evidence is overwhelming and extremely troubling that this has been going on and didn’t just start this year,” Powell said.

Filmed by a Georgia county election supervisor, the videos demonstrate serious security flaws within Dominion’s adjudication process. The company’s machines were used in Georgia and other states during the still-contested November general election.

In the videos, Misty Martin, elections director of Coffee County, gives a step-by-step demonstration of how this fraud could have taken place.

In the first video, Martin walks through the process, which involves election supervisors analyzing ballots that were unable to be scanned into the Dominion machines.

Martin seemingly demonstrated in the video, however, that an election official can simply use Dominion’s software to process any ballot however he or she sees fit.

Completing this poll entitles you to The Western Journal news updates free of charge. You may opt out at anytime. You also agree to our Privacy Policy and Terms of Use.

Trump votes could be turned into votes for his Democratic opponent, Joe Biden, or vice versa. Blank ballots could be attributed to any candidate.

Essentially, election supervisors would have the power to use this system to create votes from nothing.