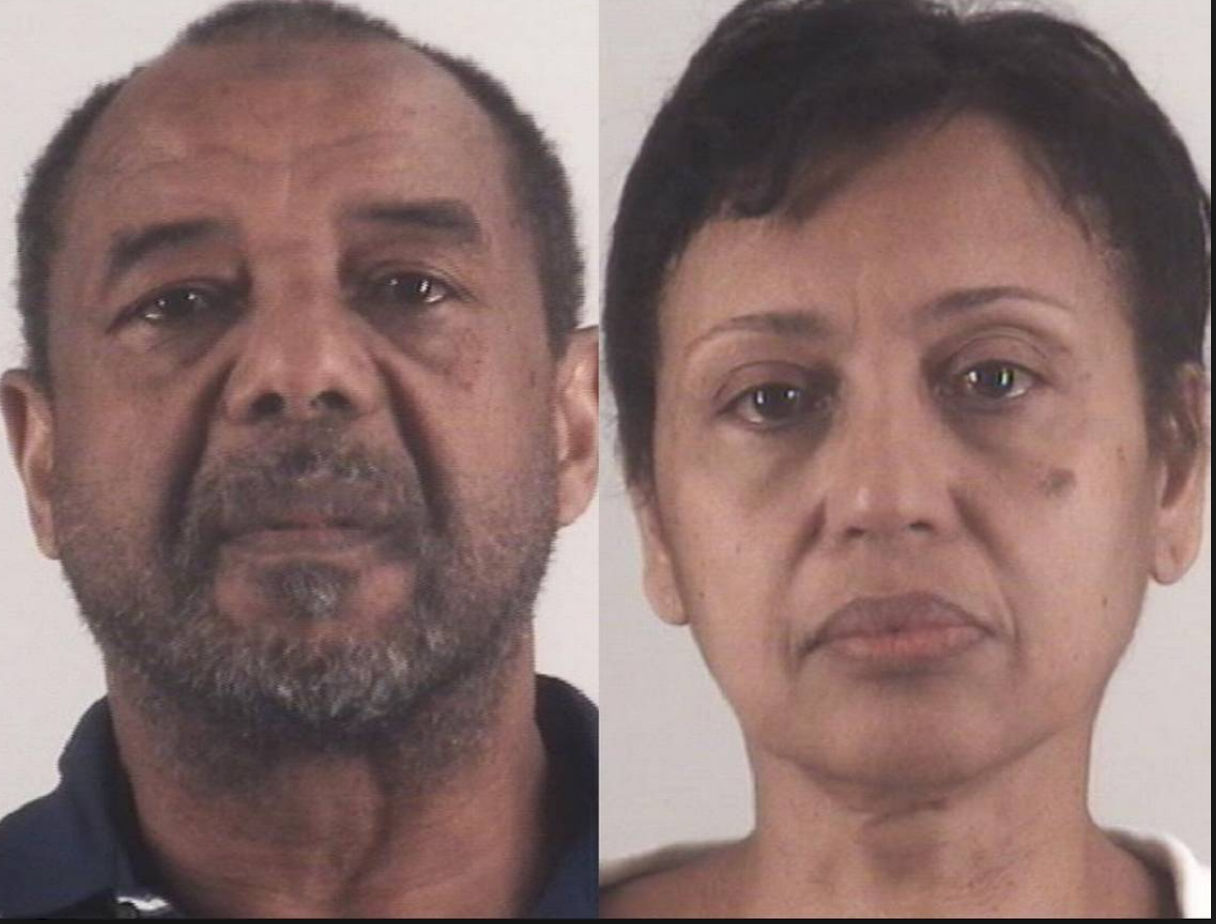 They got seven years in prison. Disgraceful. They should get 64 years, two years for every year she was enslaved.

This should not come as any surprise to any longtime reader of the Geller Report. Slavery is sanctioned in Islam. It was only a matter of time before Islamic slavery would come to the United States. The word for a black person in Arabic is abid, or slave. Consider, however, how many African Americans convert to Islam. Or worse yet, Arabic is now mandatory in a Harlem public school. More proof of the epic failure of African American leadership.

This speaks to the power of disinformation and propaganda, and the effects of the brutal enforcement of the blasphemy laws under Islam (do not criticize Islam, under penalty of death). The truth remains hidden. Unfathomable human rights abuses and shocking war crimes remain largely unknown to the masses — not to the millions of victims, but they have been silenced.

And even this story will not get the publicity it should get.

A suburban Texas couple was sentenced to prison for forcing a young African girl whom they referred to as a “dog” to work for them for 16 years as a domestic slave.

Mohamed Touré and Denise Cros-Touré, both 58, were ordered Monday in Fort Worth to serve seven years each in prison and pay nearly $300,000 in restitution, the Department of Justice announced.

The Southlake couple arranged for the girl — who didn’t speak English — to travel from her rural Republic of Guinea village to their home, where she worked for them without pay or educational opportunities, prosecutors said.

For more than a decade, the young girl was required to clean, cook, mow the lawn and take care of the couple’s five children, prosecutors said.

Officials said the Tourés often referred to the girl as a “slave,” “idiot” and “dog.” They also neglected and physically abused the child, including several occasions when the wife choked her, according to officials.

With the help of neighbors, the girl was able to escape and alert authorities in August 2016.

Mohamed and his wife were then convicted in January of forced labor, conspiracy to harbor an alien and alien harboring.

“I hope that today’s sentence brings some measure of justice and healing to the victim, who suffered untold trauma as a result of the defendants’ heinous crimes,” Assistant Attorney General Eric Dreiband said in a news release. “The defendants stole her childhood and her labor for years, enriching themselves while leaving her with pain and an uncertain future.”

An attorney for the couple said they are exploring an appeal of the conviction.

Twenty years ago, Texas couple Mohamed Toure and Denise Cros-Toure found a young girl from their native Guinea to care for their youngest son. In January of 2000, happy with her work, they flew her to their family residence in Southlake, Texas, to continue her work. She did not speak English, and the couple did not enroll her in school.

Tuesday, the couple, who were arrested for forced labor of a domestic servant last year, was sentenced to seven years in prison and ordered to pay $288,620.24 in restitution to the girl, who was not named in the suit, according to a release from the Justice Department. Though both are lawful residents, their immigration status may be in limbo upon the completion of their sentences.

“I hope that today’s sentence brings some measure of justice and healing to the victim, who suffered untold trauma as a result of the defendants’ heinous crimes,” Assistant Attorney General Eric Dreiband said in a news release. “The defendants stole her childhood and her labor for years, enriching themselves while leaving her with pain and an uncertain future.”

Shortly after her arrival in Texas, the girl’s workload increased sharply. Her day began at 7 a.m., and the couple, both 58, expected her to handle housework, gardening and mowing the lawn, according to Fox 8. The couple did not let her eat with the couple and made her sleep on the floor. According to the Department of Justice, her captors “physically, emotionally and verbally punished her” whenever she disobeyed or failed to perform to their standard, referring to her as a “dog,” “slave,” and “worthless,” according to Fox 8. According to People, the victim told police that her earlobe was torn after Cros-Toure grabbed her ear.

“They forced her to sleep alone in a nearby park as punishment, abused her by shaving her head and washing her outside with a hose, and rendered her completely dependent on them for everything,” reads the statement.

In 2016, after the girl had confided details of her abuse to outsiders, she attempted to run away but was returned home after multiple attempts at escape, according to the complaint. In August, with the help of former neighbors, she managed to flee with a duffel bag, backpack and travel documents.

Attorney Brady T. Watt II, who represented Toure, was pleased with the light sentence. Still, he told local media that the victim’s story was fabricated.

“They didn’t pay her, but you don’t pay family members to clean your own house,” said Scott Palmer, representing Cros-Toure. “She lived there, like anyone else did.”

According to Watt, “This came about because this was her route to get a T-Visa,” Watt said. “She wasn’t a slave. She was charting runs on her Fitbit, doing modeling shoots.”