(Natural News) Thanks to a bombshell new revelation via Project Veritas, we now have smoking gun proof that Fauci lied under oath and funded the gain-of-function research that led to the SARS-CoV-2 bioweapon being developed in Wuhan and unleashed upon the world.

The military documents acquired by Project Veritas confirm what we’ve been reporting for months: That EcoHealth Alliance approached DARPA and requested funding for an experiment involving the aerosolized release of skin penetrating toxic spike protein nanoparticles into wild bat caves in China. DARPA refuse the request, noting that such an experiment would be wildly dangerous and would violate restrictions on biological weapons research.

After DARPA rejected the funding, Fauci and others at the NIH and NIAID found a funding workaround and deliberately circumvented the gain-of-function research restrictions in order to funnel money to Wuhan and affect the open air release of this biological weapon. Since then, millions have died (so far) around the world, and many hundreds of millions will likely die from the vaccine mandates spurred by the covid plandemic.

That’s because the spike protein bioweapon is the key ingredient in covid vaccines, too. For mRNA vaccines, the mRNA instructions tell your body to manufacture spike protein toxic nanoparticles, the very same bioweapons that DARPA said would be too dangerous to release in bat caves.

These documents prove that Fauci is a mass murderer.

As Naomi Wolf recently explained on Steve Bannon’s “War Room” broadcast, these actions on the part of Fauci and his co-conspirators are, in every way, “premeditated manslaughter of millions of people, coordinated at the highest levels.”

Fauci is guilty of mass murder and treason

This is smoking gun proof that Fauci knew he was funding a biological weapon, and he circumvented government restrictions in order to make sure China’s military-run lab got the funding and technical knowledge it needed to build this bioweapon. China then released the bioweapon on the world as an act of war to target the US economy and civil liberties of western nations.

Fauci is not merely a mass murderer, he is guilty of treason against the United States of America.

For protecting Fauci, Big Tech, Big Media, Big Government and Big Pharma are complicit in fraud, murder and treason. They must all be prosecuted for crimes against humanity.

This is why Washington State — and soon, followed by other states — are activating their covid death camps. They will use them to target conservatives to be rounded up under “public health” authority (at gunpoint) and thrown into covid concentration camps which will soon be transformed into active death camps.

Power-hungry, tyrannical Democrats realize the only way they can hold on to power is to start committing genocide against their political opponents. I explain this in the following 18-minute podcast:

My full Situation Update podcast, below, delves into more detail about the covid death camps and why the Biden regime is so rushed to carry out mass genocide (and launch another deadly bioweapon) before the 2022 mid-terms.

The most likely candidate for what they’ll launch next is a hemorrhagic fever virus such as Marburg or weaponized Ebola. They will try to produce a very high fatality rate to leap to the next level of panic and hysteria, under which they will declare medical martial law and institute domestic travel checkpoints (show me your vaccine papers) and mandatory covid quarantines for the unvaccinated.

It won’t be long before Democrats start cranking up the incineration ovens and just start shoving conservatives, Christians, patriots, gun owners and Trump supporters into those ovens for as long as they are allowed to get away with it.

Naturally, they will have a fight on their hands, because conservative Americans aren’t simply going to walk blindly into death camps and surrender to tyrants. They are going to fight as if their lives depend on it… because they do.

The government has declared war on We the People, and their goal is now mass extermination. We have entered the death camp / incineration oven phase of the government’s betrayal of humanity.

The really crazy part is that once they eliminate as many conservatives as they can, these same government goons will turn their guns on the Democrats because global extermination is the real agenda, regardless of political affiliation.

In other words, all the Democrats going along with this will find themselves exterminated, too, unless armed conservatives manage to stop this holocaust. And yes, it’s Democrats who took most of the vaccines, so about a third of them have already been sentenced to death by lethal injection and will die off over the next decade from vaccine side effects.

If we stop all this today and halt vaccines this very minute, around 1.5 billion human beings will still be killed from the vaccines already administered. For each day that this vaccine holocaust continues, another 10 million are condemned to die.

Download my free audiobooks — including Survival Nutrition, The Global Reset Survival Guide and The Contagious Mind — at:

Oath Keeper’s founder Stewart Rhodes has been indicted on phony charges: what this means for America 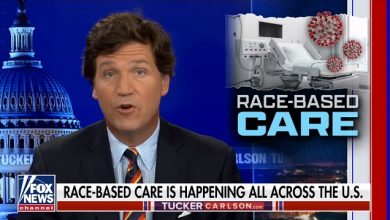 Shameful: Dems Refuse to Clap When Youngkin Says Parents Have a Right to Be Involved in Child’s Education
January 19th, 2022 Flag And Cross

‘Free To Vote’ Should Not Mean ‘Free To Cheat’
January 19th, 2022 Sons of Liberty Media
Powered by WordPress RSS Feed Plugin
PowerInbox 5×1
You Might Like