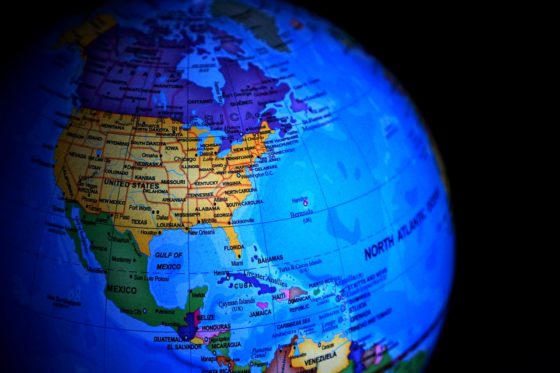 On November 11, mysterious seismic waves caused a rumble in the Indian Ocean that reverberated around the globe. Low-frequency waves shook the entire Earth for about 20 minutes that day, but scientists now believe they know what caused that strange phenomenon.

Researches have declared that they don’t think any large earthquake was responsible for the worldwide rumblings. Instead, they feel that an eruption of an underwater volcano was to blame. Well, according to scientists, it was “almost certainly” an underwater volcano, anyway…

The rumble, which was described as a monotone ring, was picked up by seismographs almost 11,000 miles (18,000 km) from Mayotte and were spotted by happenstance. A New Zealand based Earthquake enthusiast who goes by the handle @matarikipax noticed unusual seismology readings from the United States Geological Survey. The agency publishes all of its recordings for free online, allowing anyone across the globe to trawl through its data. “This is a most odd and unusual seismic signal. Recorded at Kilima Mbogo, Kenya,” @matarikipax wrote on Twitter on November 11. “The signal can be seen all around the world.”

This is a most odd and unusual seismic signal.
Recorded at Kilima Mbogo, Kenya …#earthquakehttps://t.co/GIHQWSXShd pic.twitter.com/FTSpNVTJ9B

According to The Daily Mail, a low-rumbling that could not be felt above ground was detected on November 11 and narrowed down the origin to a region just off the coast of the island of Mayotte. One scientist who has studied the charts told MailOnline that the trembling was almost certainly caused by a low-level underwater volcanic eruption off the northeast of Mayotte.

Anthony Lomax, an independent seismology consultant, said that “There has been ongoing low-level seismic activity there since May,” he told MailOnline.“‘Inflation/deflation and collapse of volcano calderas and movement of magma under a volcano can produce a wide variety of seismic signals, including long period and repetitive waves like those observed November 11.”

University of Plymouth Geology Graduate and founder of the United Kingdom Earthquake Bulletin, Jamie Gurney, said he had “no idea if a similar global signal of this nature has ever been observed.”

Scientists are working to understand what spurred the mysterious waves on that day. So far, many suspect they’re related to an ongoing seismic swarm in the region that began last May.