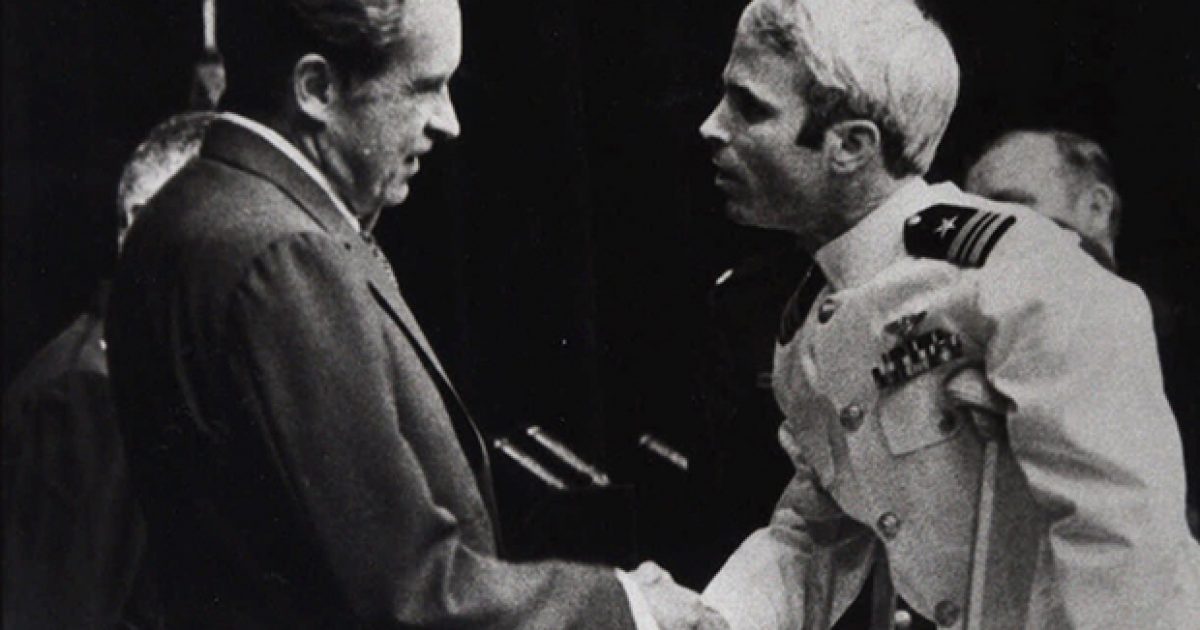 “Establishment politicians and the media in this country are bent set on telling the American people the opposite of what the truth is!”

Boy o’ boy does the establishment and corporate media love to honor their own. John McCain a war hero? According to what they are reporting then I guess Benedict Arnold was a hero as well.

This is like Barrack Hussein Obama winning the Noble Peace Prize for being the conduit of peace or like that of the streets across the country and the museums being put in honor of the presidents that have dishonored their oaths in upholding the US Constitution to preserve the rights of the American citizens etc… DISGRACEFUL.

Who do these conmen think that they are kidding? John McCain a war hero? The opposite is true, and most people that have their eyes and ears open over the last 6 decades know that the only ones honoring this “Judas” (Luke 22:48) are the same ones that have been guilty of committing the same crimes towards the American people.

“For that which is highly esteemed among men is abomination in the sight of God.” True, no doubt! However, one has to ask, who told you that John McCain was, in any sense of the word, “highly esteemed” (Luke 16:15)? He has always been, to my knowledge, an abomination in the eyes of the American people. Furthermore, you couldn’t believe a word that came out of his lying mouth (John 8:44). It is interesting to me that the world will take these “baser sorts” and attempt to put them up as to be emulated in place of the Christ (Acts 12:22).

Propagandists at work in distorted harmony…

Right on Cue, the CIA-controlled media enter and lie to your face about the truth of John McCain.

All together, and in concert, these “useful idiots” spew out the same lies and propaganda at the same given time. Look at these headlines from the corporate owned media…

They are fomenting their own shame and that, unabashedly.

One question I have for the reader, why are the veterans and POWs from Vietnam, who have exposed him as a liar and a fraud, been largely ignored?

The short video below will expose the media (Luke 12:2) for who they are and will help set the record straight for those who still may have any questions when it comes to the likes of John McCain.