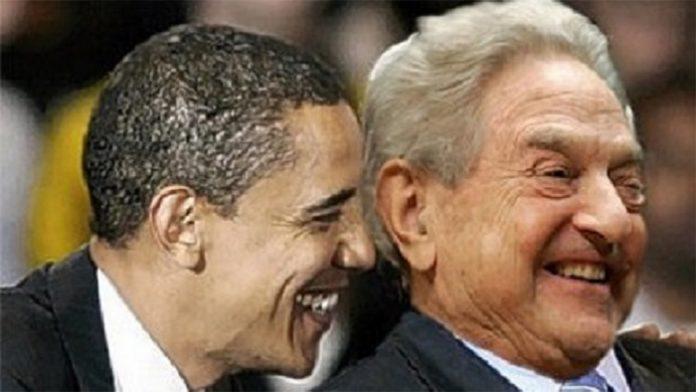 The riots raging across the US today are no different than every riot and civil unrest incident that has taken place since the Ferguson riots with respect to the fact that all of them are organized and planned incidents. Since 2014, all have been financed by billionaire George Soros and orchestrated and executed by Barack Obama.

Since signing NDAA in 2012, giving the position of president ultimate power over the people and the Federal government, Obama was quick to set up a vast spiderweb of organizations for the purpose of swaying the minds of Americans to his Nazi core Socialist views. From the organization Organizing for Action (OFA) which is the corporate headquarters for all anti-American activist organizations to Black Lives Matter (BLM) and ANTIFA who are the foot soldiers on the street waging war the Socialist Left has set up a vast network of anti-Americanism. From influencing the views of the people to waging war on the streets, through these organizations Obama covered every avenue in making sure Americanism would die and someday, the USA would become a Socialist nation.

Today’s riots stemming from the supposed murder of black man George Floyd at the hands of white Minneapolis police officer Derek Chauvin are using this incident as an excuse for mass rioting when in fact they are exclusively for weakening President Trump’s popularity. Both Soros and Obama have been hard at work since 2016 in first, trying to keep Donald Trump from becoming President, trying to get him impeached all during his term, to now attempting to make sure he doesn’t get reelected.

All of the efforts to oust President Trump by the Socialist Left have failed. From the fake Russia spy attempt, all based on lies as we all know now since the FISA report came out, the failed impeachment effort this year, the deliberate crashing of the US economy via COVID-19 which was a manufactured virus in a Soros owned lab in Wuhan and it has been proven that Obama had invested 10 million dollars into that same lab and company. Then now, they are using their nuclear option of waging civil war in the streets. These are all simply attempts to take over the country, at any cost, using whatever means necessary.

Most Americans are aware of the Left’s use of staged events to influence our minds to a political direction and are now waiting for both George Floyd and Derek Chauvin to completely disappear into the Twilight Zone of Witness Protection.

Derek Chauvin has been seen in previous planned events, proving he is a CIA operative.

This latest coup attempt by the Nazi core Socialist Left is destined for failure like all the rest in the past, mainly because President Trump stays one step ahead of their game plan in recognizing what tactics they use.

These orchestrated riots are also because the major players in undermining President Trump are now being exposed and set for prosecution, thus they are reacting under the pressure and trying to deflect the public’s attention away from them while hoping to at least ruin President Trump’s chances of getting reelected.