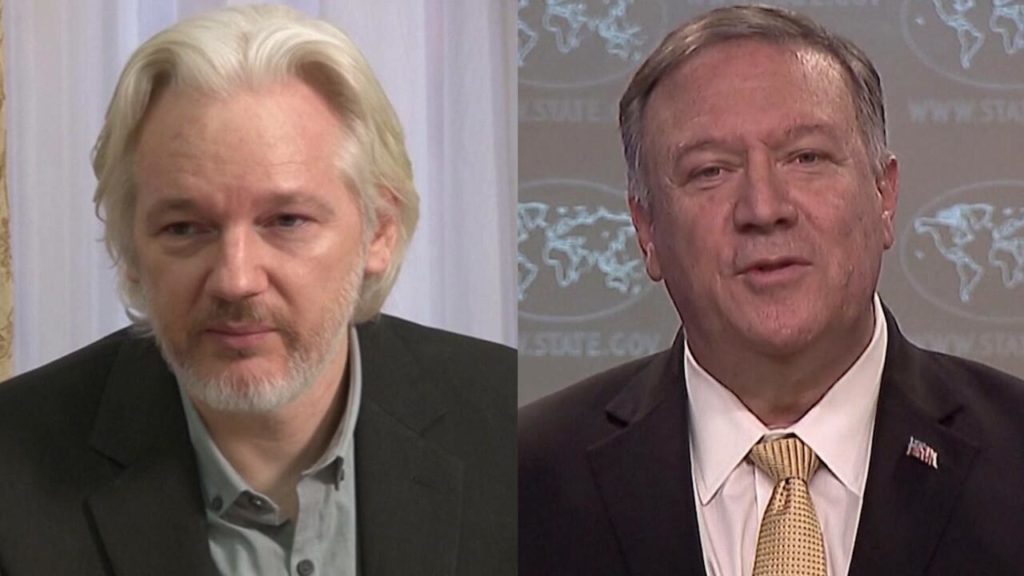 In a surprising development surrounding WikiLeaks and the fate of Julian Assange, who is still in London’s Belmarsh prison awaiting awaiting a decision from UK Home Secretary Priti Patel on extradition to the US, a Spanish court has summoned former Secretary of State Mike Pompeo to testify on whether the CIA planned to assassinate WikiLeaks founder Julian Assange.

Pompeo was head of the agency during the time period that a bombshell Yahoo News investigative report last year revealed that the CIA allegedly plotted to kidnap or even kill Assange, following Washington outrage that WikiLeaks made public a batch of documents exposing the agency’s ultra-secretive hacking tools known as Vault 7.

At the time, the Yahoo report quoted a former Trump national security official who described that Pompeo and other top intel officials “were completely detached from reality because they were so embarrassed about Vault 7 … they were seeing blood.”

As ABC Spain reports, the summoning comes after filings by Assange’s legal team related to his ongoing proceedings with the UK government:

According to legal sources consulted by ABC, Pompeo has been summoned this June, although he may appear by videoconference. The same resolution agrees to call William Evanina, a former key US counterintelligence official who reportedly made statements supporting that theory. Pedraz has made this decision after the prosecutor Carlos Bautista reported in favor of the petition filed by the lawyer Aitor Martínez who, together with Baltasar Garzón, defends Assange.

The Spanish report continues, “Separately, Spain’s National Court has been probing a Spanish security firm that may have spied on Assange for the CIA while providing security for the Ecuadorean Embassy in London.”

“National High Court Judge Santiago Pedraz agreed to summon Pompeo and former U.S. counterintelligence official William Evanina as witnesses to explain whether a plot was drawn up,” it adds.

Pompeo has yet to issue comment on the ruling or whether he plans to appear, which isn’t likely, given current or former top US intelligence officials do not subject themselves to legal examinations on classified intelligence matters.

Kidnapping, assassination and a London shoot-out: Inside the CIA's secret war plans against WikiLeaks #FreeAssangeNOWhttps://t.co/rA7hRhbJi1

While Assange was previously holed up at the Ecuadorean embassy in London, his supporters and legal team say the CIA and possibly other Western intelligence agencies worked with a private security firm to bug the embassy, and provide 24/7 surveillance of its perimeter. This even included extreme efforts to collect DNA samples, including off the dirty diaper of his and Stella Morris’ infant son.