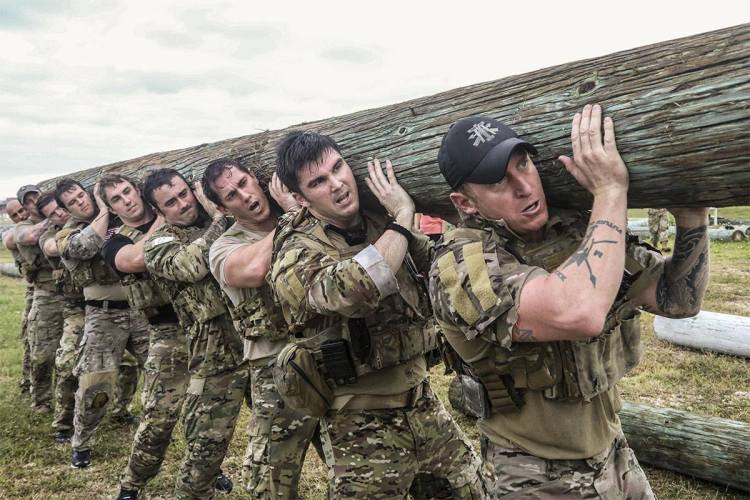 America is about to get its first female Green Beret. The Army opened all combat positions to women in 2016, but no woman had completed both the Special Forces Assessment and Selection course and the year-long Qualification Course. Now, one finally will.

A former Green Beret says the Army has lowered standards. In 2017, he wrote an anonymous letter accusing the Army of “willful mediocrity” and making “student failure nigh impossible.” The result, he said, was Special Forces that are “markedly and demonstrably weaker.” He specifically said that the Army was doing this to “[pave] the way for the first female Green Beret.” “What they [Army brass] want,” the letter said, “is to markedly lower the standards enough to ensure that any woman attempting this path will have absolutely no issue achieving it.” The letter named names and gave examples.

Major General Kurt Sunntag denied these charges, yet there’s no doubt the Armed Forces think diversity is a priority. After the 2010 Fort Hood shooting, Army Chief of Staff General George Casey said it would be a “shame if our diversity became a casualty as well.” The shooter, Nidal Malik Hasan, had openly declared to fellow officers that Muslims should rise up and fight Americans, but this wasn’t enough to get him cashiered.

The Obama Administration ordered that all military standards women can’t pass are suspect and must be reviewed. The Air Force wants more non-white pilots and thinks diversity is a “wartime imperative. In 2016, Congressmen demanded answers about why there weren’t enough Hispanic officers. A 2017 report found blacks face military justice more often than other races; it suggested this may be due to “racial bias or discrimination among decision-makers in the military justice system.” The Department of Defense promised to review the report. Blacks are also under-represented in combat arms, but a study found no “cogent” reasons why.

According to a 2007 study, non-white gangs “have been documented on military installations both domestically and internationally.” While non-whites can display racial pride or loyalty to foreign powers, white patriots are kicked out if they are in inoffensive groups such as the American Identity Movement. Meanwhile, the federal government keeps finding Chinese acting as spies, even in the Army. We can roll our eyes at race preferences and diversity drives in corporate America, but they are a threat to our safety when they reach the Armed Forces.

Standards are being lowered in many fields. The United States Medical Licensing Examination changed the “Step 1” tests to pass/fail. One of its justifications was that the old grading system “may limit diversity within various specialty programs.”

Fire departments around the country are imposing diversity. In 2012, a court ordered New York City to pay millions because a fire department entrance exam allegedly kept out blacks and Hispanics. The FDNY promptly started using an easier exam so more blacks and Hispanics could pass. In 2014, the FDNY lowered physical standards. In 2016, it hired non-white ex-felons to improve diversity. The FDNY’s heroics on September 11, 2001 symbolized courage to most Americans. It’s men were the Special Forces of fire departments. Now, even after all this forced diversity, the influential Community Service Society said in 2018 claimed the FDNY is “still synonymous with racism and nepotism.”

The problem is not just that diversity is not a strength. Diversity must bring incompetence. Races and sexes are different and will never pass standards at equal rates. Diversity means lower standards, which makes institutions weaker. With the military, medical schools, fire departments, and other organizations putting diversity over ability, I doubt our institutions can meet any serious test.

Mr. Hood is a staff writer for American Renaissance. He has been active in conservative groups in the US. His work can also be found on: Parler, Gab, Telegram, and VK.