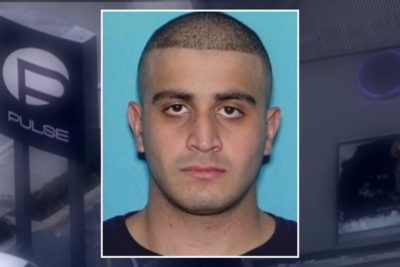 Here is yet more indication that the SPLC can’t be trusted, despite the enemedia’s insistence that it can. The SPLC has removed Mateen from its “right-wing terrorists” list, but why was he on it in the first place? The Orlando massacre was jihad in the cause of Islam. Oh, and Omar Mateen was a Democrat.

What is more stunning? The wildly malevolent revisionism in the cause of Islamic apologism, or that a fringe, radical group such as the SPLC is used by the enemedia as some legitimate “authority” on such matters?

Orlando jihadi Omar Mateen said, “In the name of Allah the Merciful, the beneficial [in Arabic]” “Praise be to Allah, and prayers, as well as peace, be upon the prophet of Allah” among other Islamic declarations in the 911 phone call transcripts. Mateen called dispatchers about 20 minutes into the attack, pledging allegiance to ISIS and extolling the Boston Marathon jihad bombers. That the hatemongers at the SPLC would classify this as right-wing terror was as absurd as calling Nazism Jewish terror.

Mateen, a 29-year-old security guard, declared allegiance to the Islamic State (ISIS) and entered Pulse, a gay nightclub in Orlando, Fla., on June 12, 2016. He killed 49 people and wounded 53 others, dying in a shoot-out with police.

So why did this ISIS terrorist end up on the SPLC’s list of “radical-right terrorist plots, conspiracies and racist rampages”? The SPLC’s synopsis of Mateen’s terror attack suggests an answer:

Mateen called 911 during the attack to pledge allegiance to ISIS and mentioned the Boston Marathon bombers. He also demanded that U.S. bombing of Syria and Iraq stop. His father initially told NBC News that his son had expressed outrage when he saw two men kissing in Miami. Others described Mateen as a violent, deeply conflicted man who had beaten his former wife and often frequented gay bars. The FBI interviewed Mateen in 2013 and 2014 but reportedly found no evidence that he was tied to terrorism.

The SPLC said Mateen was “right-wing” because he “expressed outrage when he saw two men kissing in Miami.” As for the suggestion that Mateen was secretly homosexual himself, the FBI said they found no evidence to corroborate this.

While the SPLC constantly harps against “anti-LGBT hate groups” on the right, Mateen’s animus against gay people does not on its own justify listing the ISIS supporter as “right-wing.” His father actually attended a Hillary Clinton rally in 2016.

Mateen was not the only figure removed from the list. Luqman Ameen Abdullah, a Michigan imam killed by the FBI in a 2009 shootout, also appeared on the list. While Mateen targeted LGBT people, Abdullah merely shot at FBI agents who were attempting to arrest him. There was no indication why the SPLC included Abdullah on the list….

The Orlando shooter did not support Republicans or conservative principles, and neither did Abdullah, Long, or Johnson….