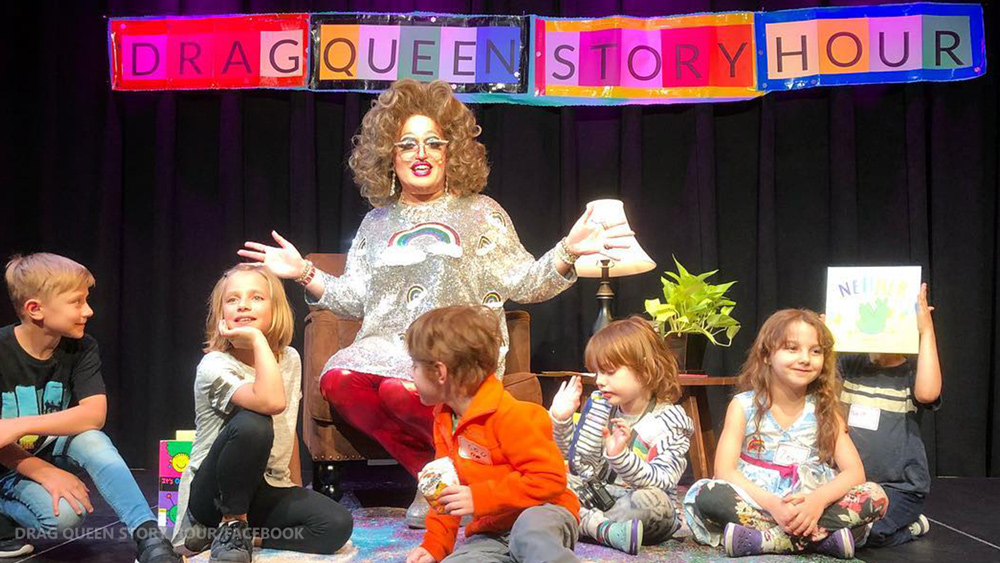 The slippery slope has become a raging avalanche in America. Our country is now protecting Drag Queens from Christian Pastors, and using heavily weaponized police to do so. Let that sink in for a moment. -Editor

(Natural News) Police recently arrested a Baptist pastor in Spokane, Wash., and threw him in jail after he refused to move across the street from the city Public Library during a “Drag Queen Story Hour” event hosted for children.

According to Christian News, it was the manner in which the Pastor, Afhsin Yaghtin, of New Covenant Baptist Church, was apprehended that really raised eyebrows — even more so than him having his First Amendment right to peacefully assemble and protest denied.

Cops didn’t merely arrest Yaghtin, they did so with a significant on-ground presence — and on nearby rooftops. As the website noted, the story hour event “had a significant militaristic police presence, including camouflaged snipers positioned atop the roof to oversee the large crowd that stood both for and against the men dressed like women reading stories to children.”

According to the report, Yaghtin was arrested for allegedly obstructing a police officer as they confronted him. His attempts to plead his case by stating the obvious — the library is public property and therefore access should not be restricted — fell on deaf ears, however, as police told him he would have to protest from across the street.

Christian News reported further that video footage of the encounter shows officers informing Yaghtin that if he did not come to support the debauchery inside — literally having drag queens read to children — then he couldn’t be permitted on public property.

“So, I can stand right here,” the pastor told an officer, according to the news report.

“No, you are going to need to go across the street,” the cop replies.

At that point, Yaghtin begins to speak to a second officer and, again, is told to cross the street, even as he rightly asserts that the library is public property and as such he has a right to be on the premises.

“This is a public library,” he can be heard saying. “The only event that they’ve reserved is a private room. The rest of the library is U.S. property. I have the right to free speech wherever I want to speak.”

But…apparently not. He was eventually taken into custody as snipers looked on from nearby rooftops. He has since been released, the news site reported.

‘If Jesus were around today…’

The Spokesman-Review newspaper reported further that about 40 officers were on hand outside the library during the event — which in and of itself ought to have informed the event planners as well as the library managers that there was a great deal of opposition to it. (Related: U.S.A. powerlifting federation will defend transgender athlete policy in court.)

Photos posted to social media show what appears to be a sniper in camouflage posted atop a building near the venue.

“From looking at online conversations, police expected to see people armed on both sides, which resulted in a strong police presence on Saturday, he said, but no civilians showed up openly carrying guns,” The Spokesman-Review reported.

Anna Bohach of the group 500 Mom Strong complained about the heavy police presence, calling it “a little ridiculous,” the paper reported.

Inside the library, meanwhile, reports noted that three men dressed in drag — as “angels” using sheets for wings to block out opponents — supporters tried to equate the event with God.

“If Jesus was around today, He would be on this side,” said one father who brought his son and daughter to the event (and the son was in a dress).

Other supporters held signs that said, “All hail the queens,” “God is love; why do you hate,” and “Oh, look a guy in a dress reading to kids” — a reference to Jesus being surrounded by children.

Reports noted that about 50 kids were at the event.

As some experts have noted, the Left’s latest effort to further undermine our traditions and debase our culture appears aimed at sexualizing our children, which, frankly, is just sick.

Read more about the Left cult’s transgender agenda at LeftCult.com and Gender.news.