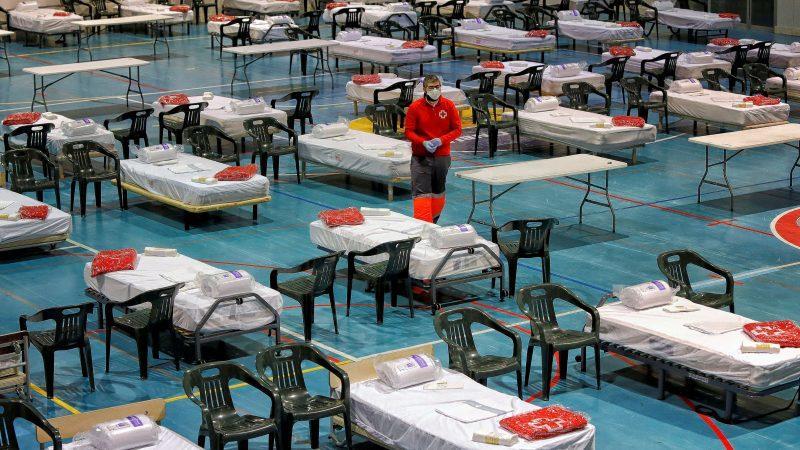 Authored by Dominick Mastrangelo via The Washington Examiner,

Stanford University’s disease prevention chairman slammed using statewide lockdown measures as a response to the coronavirus, saying they were implemented based on bad data and inaccurate modeling.

“There are already more than 50 studies that have presented results on how many people in different countries and locations have developed antibodies to the virus,” Dr. John Ioannidis said during a recent interview with Greek Reporter.

“Of course, none of these studies are perfect, but cumulatively, they provide useful composite evidence. A very crude estimate might suggest that about 150-300 million or more people have already been infected around the world, far more than the 10 million documented cases.”

Ioannidis pointed out the mortality rate is low among young people who have contracted the virus.

“The death rate in a given country depends a lot on the age structure, who are the people infected, and how they are managed,” Ioannidis said.

Since the pandemic began in February, more than 2.6 million people in the United States have contracted the virus, and 128,000 have died.

Several states have seen spikes in cases, especially in the southeastern part of the country, where lockdown measures were lifted earlier than in other states.

The mortality rate nationwide appears to be tapering, however, a trend U.S. health officials attribute to a younger age bracket in terms of infection. The national single-day death rate from the virus fell to a three-month low last month. Additionally, Massachusetts reported zero new deaths from the coronavirus on Tuesday for the first time since March.

Dr. Anthony Fauci, the nation’s leading infectious disease expert, said last month that the increases in cases are partially due to an expanded national testing capacity and the phased reopening of local economies.

“If you test more, you will likely pick up more infections,” Fauci said.

“Once you see that the percentage is higher, then you’ve really got to be careful — because then, you really are seeing additional infections that you weren’t seeing before.”

Ioannidis questioned whether the rate of infection and mortality rate were worth shutting down the U.S. economy for months.

“Major consequences on the economy, society, and mental health have already occurred,” he said.

“I hope they are reversible, and this depends to a large extent on whether we can avoid prolonging the draconian lockdowns and manage to deal with COVID-19 in a smart, precision-risk targeted approach rather than blindly shutting down everything.”