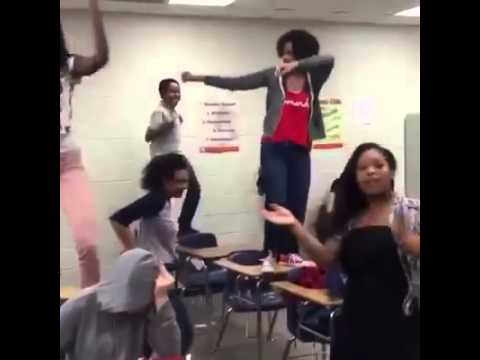 Second data point you need to know: though black students make up just 5 percent of the public school enrollment in the state of California, they represent the majority of students suspended (even though the state banned suspensions based on “defiance and disruption” in 2014… to try and stop too many non-white students from being suspended).

Unfortunately, too many students of color are being suspended still in California for failing to abide by the rules governing proper behavior in public schools, so the concept of suspensions are being retired.

Starting next school year, it will be illegal for public schools in the state to suspend students in first through fifth grade for willfully defying teachers or administrators.

Then, from 2021 through 2025, it will be temporarily extended to kids in grades six through eight.

Supporters say suspensions for willful defiance are disproportionately used against students of color.

Another new law — a mandatory change to school start times.

The law is set to be phased in over the next three years. High schools can start no earlier than 8:30 a.m., and no sooner than 8 a.m. for middle schoolers.

The controversial measure could be costly, state legislative analysts have said some schools may end up spending millions to accommodate the adjustment.

Limiting and banning smartphone use is at the center of another law affecting schools in 2020.

School boards will have the power to ban devices with the exception of emergencies or other special situations, such as medical reasons.

Supporters say smart phone use is linked to lower student performance and interferes with the educational mission of schools.

The great Robert Heinlein once wrote, “punishment must be unusual or it serves no purposes.”

As we see in California, the concepts of morality, civility and duty are being abandoned, because those displaying anti-social behavior in public schools are predominately non-white… even though white students make up just 23 percent of public school enrollment in the state.

Remember the old saying? As California goes, so goes the nation…

Repeat after me, “our new country is going to be great!”