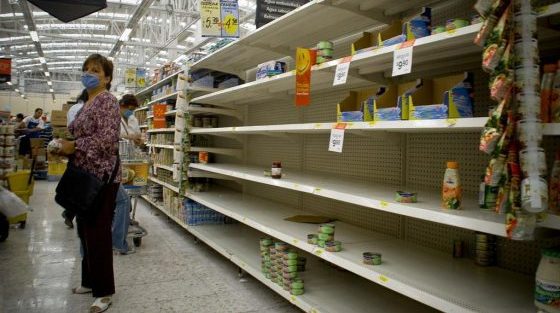 Lured in by the lies socialists tell about how great it would be to have government control every aspect of everyone’s lives, Venezuelans are now disgusted with how much they have suffered. Some are even warning the United States about their horrific daily lives in socialist Venezuela.

Venezuela is a perfect example of a democrats dream “democratic socialism.” However,people are starving and digging through trash cans in order to find the least rotten foodto eat. “You do not ever want anything close to socialism,” one Venezuelanprotestor told Campus Reform, a college news website. During a recent rally at Washington, several other Venezuelan victims of socialism also warned against the dangers of bringing the disastrous form of totalitarianism socialism onto American soil.

The Epoch Times reported that another Venezuelan said: “People are eating from trash cans in the streets, so how has socialism helped?” another protestor said. “Socialism is a big lie to people who are disadvantaged. It actually makes them worse off.” But politicians bank on being able to convince people to give them more power under the guise of taking care of them, and historically, people continue to fall for the lie and become starving slaves to the government.

Venezuela has been spiraling into deeper political chaos, which exacerbated by its ruined economy, massive inflation, starvation, and the inability of the citizens to fight back at all. “No Venezuelan can like socialism, because we’ve seen it put in place very well,” a protestor said, according to Campus Reform. “It is not a game. It is not a game.It is not the route to go … don’t fall for it,” another protestor, who still has family in Venezuela, told the news website. “We always talk about the Nazis … but nobody ever talks about the socialists or communism. It has killed more people than Nazis did,” he continued.