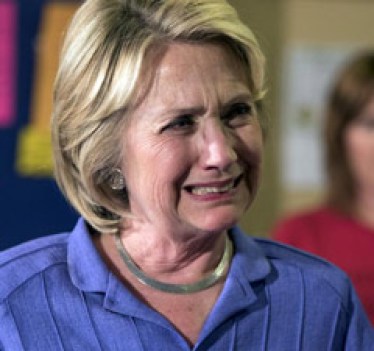 Opinion| President Trump sent out a tweet on Thursday evening which included a Lou Dobbs video compilation of Democratic House Speaker Nancy Pelosi stuttering while she tried to get through a press conference.

The Gateway Pundit explains that this was during “the same conference where she threatened to use the 25th Amendment to remove President Trump from office and told his family to organize an intervention. The media found this completely acceptable. What the lying liberal media did not find acceptable was when Trump used a montage of Nancy sputtering through her presser to mock the far left Speaker.”

The media claimed that Trump’s tweet was a cheap shot at Pelosi, blowing the whole thing out of proportion.

A lot of leftists claimed that the video had been “doctored” since it was spliced together, but isn’t that a compilation?

Hillary Clinton chimed in on Friday to join the attack on President Trump over the video he posted to social media, calling it “sexist trash.”

While delivering a speech at the Harris County Democratic Party’s annual luncheon in Houston, Texas, the former Secretary of State accused the President of “running around spreading a doctored video of Nancy Pelosi.”

“Now, it is sexist trash,” Clinton said to cheers from the crowd, according to the newspaper. “But it is also a sign that Trump is running scared.”

“So if you believe in the rule of law and the responsibility that we all have to hold our leaders accountable, then we cannot relent on this front either,” she added.

The former Democratic presidential nominee was herself targeted with fake videos appearing to show her as sick while on the 2016 campaign trail as the first female nominee from a major political party.

Trump on Thursday retweeted a video from Fox Business Network that had been selectively edited to combine clips of the California Democrat tripping over her words in a press conference. The network’s political analyst Ed Rollins commented in the clip that Pelosi appeared “worn down.”

Is this woman freaking serious? These lefties are so transparent, all they do is attack and then try to hide behind their sex, race or any other irrelevant feature. Who else is just plain sick of this playing the X card?

Unbelievable.
Join us at SPREELY if you want to try social media without the leftist censorship!