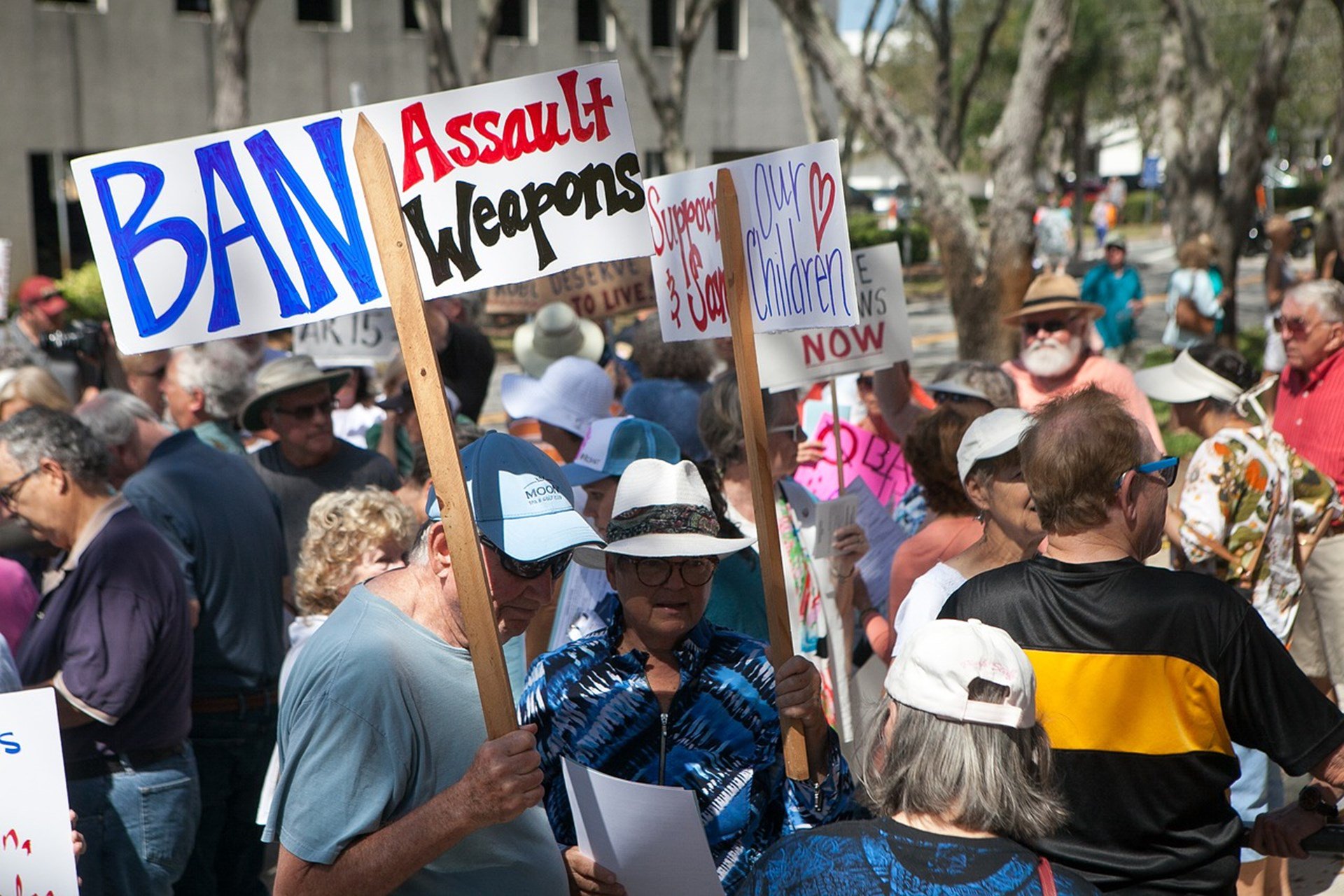 Mass shootings are unconscionable acts of violence and are the most acutely disturbing form of gun violence. In the wake of such tragedies, many gun control advocates lambast gun rights supporters for allowing “weapons of war” onto the streets of America and not supporting “responsible gun reform.”

The measures put forth are usually either a ban and/or mandatory buyback of “assault weapons,” most of which are more accurately known as semi-automatic rifles. (“Assault weapon” is a vague term that varies state to state and can include common pistols and shotguns depending out other attachable accessories.)

While these initiatives are “common sense” to advocates, if one takes the time to examine the data and evidence, it becomes abundantly clear that gun control in this form will do little do reduce gun violence.

1. Mass shootings with assault weapons constitute a fraction of a percent of gun violence

Mother Jones’s database of mass shootings, defined as shootings involving three or more fatalities, shows that between 2007 and 2017, there were 495 people murdered in such events. When breaking down those shootings by the weapons involved, it is revealed that around half of those victims (253) were murdered by a perpetrator with an assault weapon (AW), such as an AR-15.

Over the same timeframe, FBI annual crime reports show that there were 150,352 homicides in total, of which 103,901 involved firearms. This means that mass shootings involving AWs constitute 0.17 percent and 0.24 percent of all homicides and firearm homicides, respectively.

To further illuminate the relative infrequency of mass shootings with “assault weapons,” consider the fact that in 2017, some 1,590 people were murdered using knives or sharp instruments.

Even a completely effective ban/buyback of AWs would have an incredibly small impact on rates of homicide and gun violence.

Consequently, even a completely effective ban/buyback of AWs would have an incredibly small impact on rates of homicide and gun violence, and then there is always the probability that people intent on committing mass violence will substitute AWs with other available firearms or methods of destruction (such as homemade explosives.)

There are theoretical reasons to doubt the effectiveness of a ban or buyback of assault weapons, but it also doesn’t help that real-world evidence suggests these measures fail to produce reductions in gun violence.

A subsequent Department of Justice study found no evidence that the ban had had any effect on gun violence.

Between 1994 and 2004, the federal government banned the manufacture, sale, or transfer of assault weapons and large-capacity magazines. A subsequent Department of Justice study found no evidence that the ban had had any effect on gun violence and stated that “should it be renewed, the ban’s effects on gun violence are likely to be small at best and perhaps too small for reliable measurement.”

A recent study published this year in the Journal of General Internal Medicine examined state gun control policies and found no statistically significant relationship between assault weapon or large-capacity magazine bans and homicide rates. A Journal of the American Medical Association (JAMA) study came to the same conclusion.

In 1996, Australia experienced a horrific mass shooting. In response, the government implemented a mandatory buyback scheme that banned and confiscated certain types of firearms, including assault weapons.

A 2016 JAMA study on the matter found no statistically significant change in the trend of the country’s firearm homicide rate following the law’s passage. The authors also noted that the decline in firearm suicides post-ban could not clearly be attributed to gun control since non-firearm suicides fell by an even greater magnitude.

4. There is inconclusive evidence of assault weapons bans on mass shootings 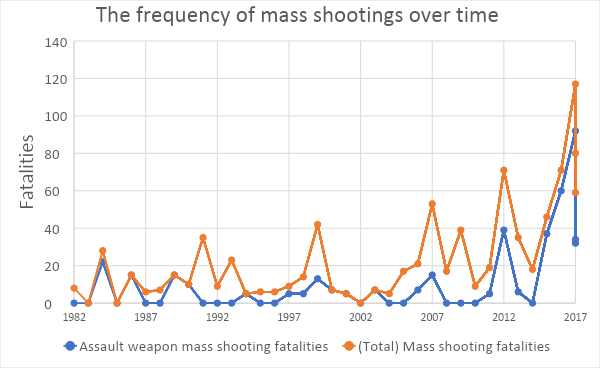 Last year, the RAND Corporation released an extensive scientific analysis of available evidence on gun control measures and how they relate to various crime outcomes. Regarding the effect of assault weapons bans on mass shootings, they determined the evidence was “inconclusive.”

Using Mother Jones’s data on mass shootings, I constructed the graph you see above. Prior to the ban, on average five people were killed with assault weapons in mass shootings per year. During the ban, that number went slightly down to four. Post-ban, it rose to 22.

Given the fact that the pre-ban period and the seven years after the ban had essentially the same rate of mass shooting deaths with assault weapons, it is hard to prove that the ban had any effect on mass shootings.

The studies, data, and examination of the available evidence by scholars suggest that assault weapons bans or buybacks will have little if any effect on rates of violent crime and gun violence. There seems to be no relationship between these gun control measures and reductions in firearm homicide or suicide, and there doesn’t appear to be any clear evidence they reduce mass shootings.