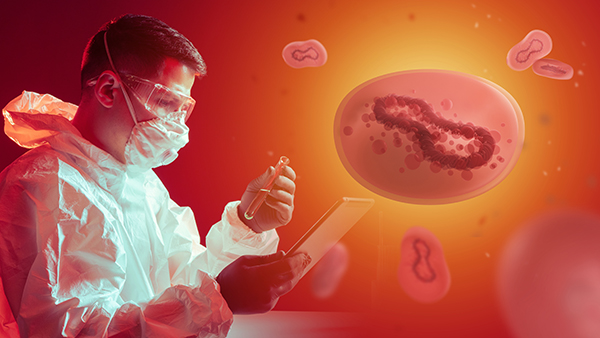 (Natural News) A new study from Portugal’s National Institute of Health found evidence that the virus responsible for the spread of monkeypox in Europe, North America and Australia has been heavily manipulated by scientists in a lab. Further evidence suggests that it was released intentionally.

Monkeypox usually begins with a fever before developing a rash one to five days later, usually on the face, before it spreads to other parts of the body. The rash then changes and goes through different stages before forming into a scab that later falls off by itself. A person affected is usually contagious until all scabs have fallen off and the skin is intact.

First identified in humans in 1970 in the Democratic Republic of the Congo, monkeypox cases have been extremely rare. It wasn’t until 2003 that it was reported outside of Africa, with 47 confirmed and probable cases recorded in six U.S. states.

It has never been recorded in multiple countries outside Africa at the same time – until now.

Suddenly, cases of monkeypox are being recorded in the U.S., Canada, the U.K., Australia, Sweden, the Netherlands, Belgium, France, Spain, Italy and Germany.

The U.K. Health Security Agency recorded as many as 172 cases of monkeypox in England as of the week ending on May 29, and has since released new guidance advising anyone affected by the virus to abstain from sex while they are experiencing symptoms and to use a condom for at least eight weeks once the infection has cleared. (Related: Why did the government buy 13 million monkeypox vaccines from a biotech company backed by Fauci?)

What is strange about this year’s outbreak is that it is happening across developed countries all at the same time.

In March 2021, the Nuclear Threat Initiative (NTI) partnered with the Munich Security Conference to conduct a tabletop exercise on reducing high-consequence biological threats.

It examined gaps in national and international biosecurity and pandemic preparedness architectures, which allowed them to explore opportunities to improve prevention and response capabilities for high-consequence biological events.

A scenario they conducted portrayed a deadly, global pandemic involving an “unusual” strain of monkeypox virus that first “emerges” on May 15, 2022, in a fictional country called Brinia, which then spread globally. Later in the exercise, the scenario “reveals” that the initial outbreak was caused by a “terrorist attack” using a pathogen engineered in a laboratory in another fictional country, “Anica,” which has inadequate biosafety and biosecurity provisions and weak oversight.

The fictitious terrorist group released the “highly contagious and deadly pathogen” at a crowded train station in Brinia, which then led to the outbreak of the disease.

The exercise scenario concludes with over three billion cases and 270 million fatalities around the globe.

Coincidentally, the first cases of the actual monkeypox outbreak were reported to the World Health Organization on May 13, 2022, and the study by Portugal’s NIH suggests that the real-world monkeypox outbreak may be a result of something eerily similar.

The study, which was published on May 23, indicated that scientists collected clinical specimens from nine monkeypox patients for analysis. They concluded that the multi-country outbreak is most likely the result of a single origin of the virus because all sequences so far are tightly clustered together.

They also concluded that the virus came from the West African strain of viruses, but it is most closely related to those that were “exported” in 2018 from Nigeria to several other countries – the U.K., Israel and Singapore – leading some to believe that the spread may be the result of the virus leaking from a lab. (Related: First case of rare monkeypox virus reported in Singapore – here’s what you need to know.)

While the virus resembles those exported from Nigeria in previous years, it is also different with over 50 single nucleotide polymorphisms or genetic variations, indicating that this has been altered.

Vaccine scientist and physician Dr. Robert Malone said the pattern of mutations is consistent with the effects of a natural cellular protein known as APOBEC3, which is associated with cellular resistance to HIV and presumably other retroviruses as well as pox viruses.

Portugal’s study has essentially uncovered evidence pointing to the outbreak as a result of a heavily manipulated virus. Coupled with the Munich Security Conference simulation conducted in March 2021, it is not difficult to conclude that the world is witnessing a real-life outbreak of yet another virus purposely released from a lab. Otherwise, the coincidence is too uncanny.

Visit Pandemic.news for more updates about the spread of various diseases.

Watch the video below for more evidence proving the monkeypox outbreak was planned.

RIGGED: Government spends $119 million for monkeypox vaccines following ONE confirmed case in US.

US developing lethal, new genetically engineered viruses, including MOUSEPOX and MONKEYPOX… will these be used to demand MORE JABS in the name of “public safety?”

Here we go again: MONKEYPOX is the next “scariant” being unleashed on the world to demand vaccine compliance.