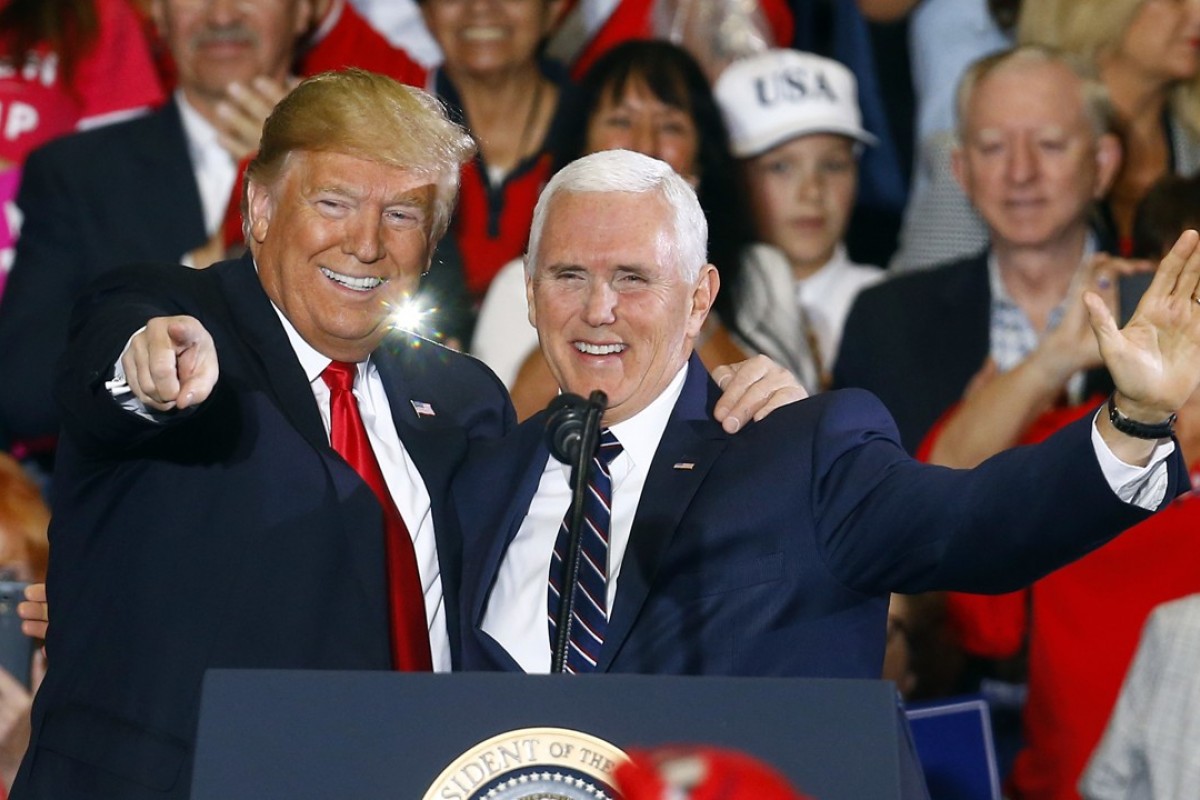 One grenade could get you all

Maybe it’s all those years of Marine training, maybe it’s a gut feeling, or maybe I’ve seen enough of the SWAMP to not trust anyone, but it’s a bone-headed mistake for our President and Vice-President to be exposed together in a public place, especially at these chaotic political rallies. Every time I see this I get a knot in my stomach. There are way too many variables to keep track of, to be certain of their safety.

How many things could go wrong?

Every public appearance is preceded by intelligence gathering, days ahead of the event. A threat assessment is conducted of any and all local people who are on the radar as possible menaces to presidential security. These bad actors are monitored before and during the president’s visit.

Travel manifests are scoured for names of potential inbound terrorists or assassins—assuming they don’t travel under a bogus identity or come by some other means of transportation. How easy would it be to “miss” someone, or even a small group?

What if someone “slipped” through the net? You know, like the 9-11 terrorists managed to do, or the El Paso shooter, or the two Muslim terrorists who tried to take out Pamela Geller’s event in Garland, Texas? What if someone in the intelligence community, often ridiculed by this president, turned a blind eye to specific threats? Payback is a bitch.

Several times prior to the event the area is swept for explosives. What if someone responsible for clearing the area was working with the bad guys? How difficult would it be to plant and detonate a small charge–if no one was looking, or paying attention?

If you’ve ever been in an infantry unit, the above saying will be familiar: disperse and don’t give the enemy a target-rich opportunity. All those people we see behind the podium cheering and waving signs have been searched, and hopefully vetted, but it just takes one—at the right moment—to do the deed. The right moment being, when our President and Vice-President are standing together, the ultimate target-rich environment. It just takes one person willing to sacrifice themselves.

National hero to the left

Can’t you just hear the cheers coming from the leftist camps? You only have to remember back to the attempted assassination of President Reagan. The media could barely contain themselves. The assassin would be heralded as a national hero, and President Trump would be blamed for his own death. The celebration from the SWAMP would be muted…more of a satisfied smile.

President Pelosi’s inauguration would immediately drown out the cries for justice, and any investigation conducted would be as farcical as the Warren Report on JFK’s assassination.

Maybe I am, but you have to admit recent history has proven that people in high places can literally get away with murder and sedition. Think of the chaos and all the new restrictions on our liberties that would go into effect on the heels of such an event. Think of the immediate reversals of President Trump’s policies by President Nancy Pelosi and her administration.

Wow, with such a weak field of Democrat candidates running against our President next year, and the hatred being ginned up by the media, Pelosi stepping into the Oval office would solve a lot of problems for the Democrat Party and their supporters. It’s almost enough to keep a person up at night!