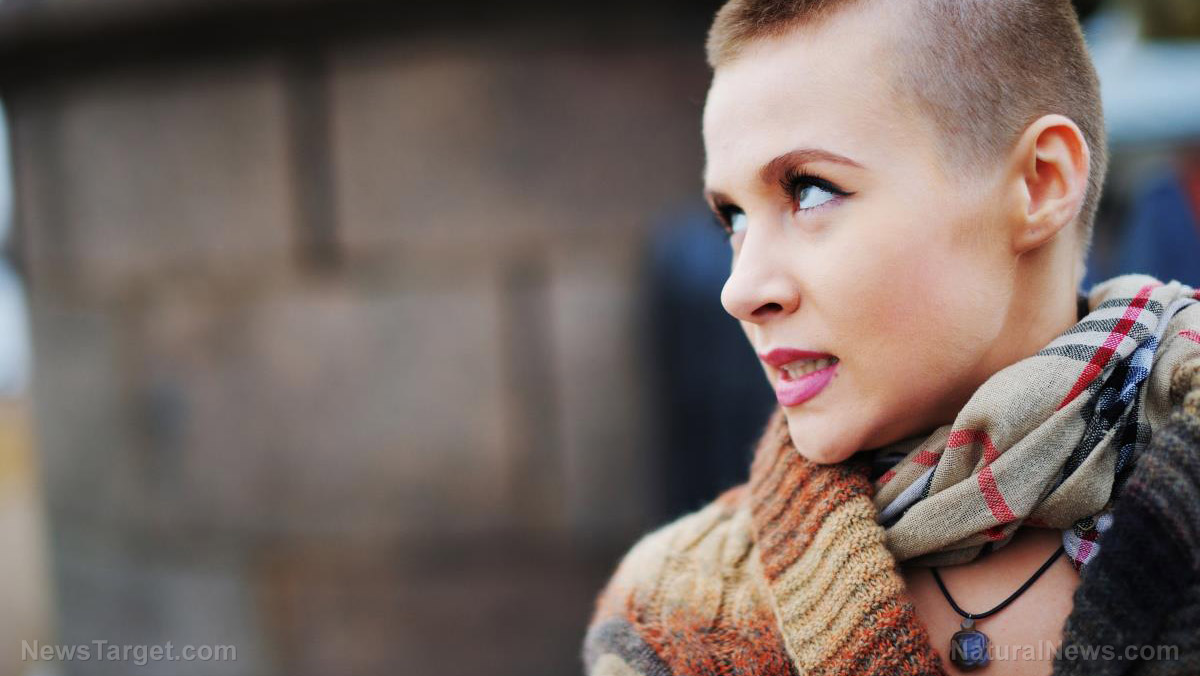 (Natural News) In a show of “solidarity” for black lives, white female allies of Black Lives Matter have been shaving their heads bald to stand out and make a statement. But it turns out that the whole thing was a 4chan prank that bleeding-heart white girls fell for yet again.

Internet “trolls” reportedly duped these white women by getting the hashtag #goBaldforBLM to trend on both Twitter and Instagram. The impetus is that being white and female means you probably also have straight white person hair that you can easily cut to show your support for black lives.

“The idea is to get women, particularly white women, to shave their heads for BLM,” a post at 4chan reads. “Guilt them into getting rid of their straight ‘white’ hair to show ‘solidarity’ with black women.”

Amazingly, the trick worked and the #goBaldforBLM hashtag quickly began to trend alongside #BlackLivesMatter, #ChicagoProtests, and other black pride hashtags.

The #goBaldforBLM hashtag is perhaps the funniest and most convincing work by 4chan posters since they convinced the world that the word “OK,” in reference to “It’s OK to be white,” is somehow a racist gesture of white supremacy.

These same internet trolls also convinced the world that the hand gesture for the word OK, which is flashed by President Trump on a regular basis whenever he speaks, is a symbol of racism by white people against non-white people.

“That troll job was so effective that people have had their lives ruined by ravenous jackals, enabled by the anti-American leftist Anti-Defamation League (ADL), for flashing the innocuous symbol,” writes Shane Trejo for Big League Politics.

The purpose of these pranks is to expose the lunacy of the left, which 4chan has now done on numerous occasions. The OK symbol prank was reportedly so effective all on its own that the ADL actually entered the OK hand gesture and bowl-style haircut into its ever-expanding database of “hate” symbols.

In a statement, ADL CEO Jonathan Greenblatt suggested that “extremists continue to use symbols that may be years or decades old,” as well as “regularly create new symbols, memes and slogans to express their hateful sentiments.”

This is why the ADL regularly patrols websites like 4chan, 8chan, and Reddit to look for any symbols, memes or slogans that might be considered offensive to someone on the left. Once identified, these symbols, memes and slogans are lumped together in the “hate” category and officially cataloged.

“At this point, there is enough of a volume of use for hateful purposes that we felt it was important to add,” stated Oren Segal, director of the ADL’s Center for Extremism, about the OK hand sign specifically.

While it might seem laughable on the surface, the ADL’s busybody behavior in scraping the internet for anything and everything that someone might find offensive is actually spurring “digital lynch mobs” to go around targeting random individuals, including in public, and falsely accusing them of “hatred” and “racism.”

At a Chicago Cubs game last year, as one example, a man who was caught innocently using the OK hand gesture was told by officials that he was no longer welcome to attend games. This man was told that he was a “white supremacist” and was immediately barred from the stadium.

“Orwell’s henchmen have made the arbitrary determination that the ‘OK’ symbol and the bowlcut now qualify as certified wrongthink,” Big League Politics warns.

For more related news about hoaxes played against leftists, be sure to check out Hoax.news.