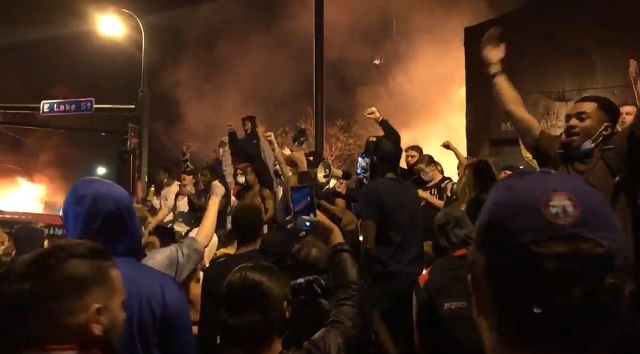 Support for the Black Lives Matter movement has been falling rapidly among Whites and Hispanics over the past three months of riots, murder and mayhem.

A new Pew Research survey found general support for the movement among Whites has fallen 15 percent (60 to 45) and support among Hispanics has fallen 11 percent (77 to 66). In June, a majority of White adults (60%) said they supported the movement at least somewhat; now, fewer than half (45%) express at least some support. The share of Hispanic adults who support the movement has decreased 11 percentage points, from 77% in June to 66% today. By comparison, support for the Black Lives Matter movement has remained virtually unchanged among Black and Asian adults. Support for the Black Lives Matter movement is still disturbingly high considering the movement is run by non-Black convicted terrorists like Susan Rosenberg and was financed from the very beginning by billionaire George Soros.

The figureheads who run the Black Lives Matter organization are two self-described “queer lesbians” who say on their official website their goal is to “foster a queer‐affirming network” with “the intention of freeing ourselves from the tight grip of heteronormative thinking.”