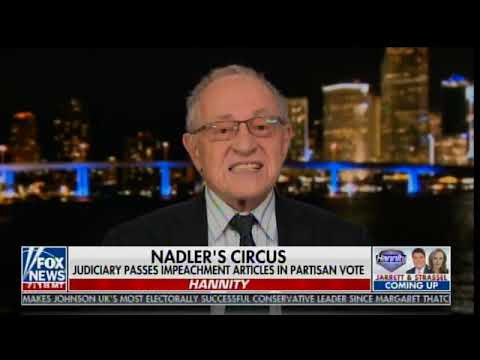 OPINION| Lawrence David| The Supreme Court has granted the petition by President Trump’s legal team for a writ of certiorari. The high court confirmed it will hear cases related to the Democratic controlled Congress’ attempts to gain the president’s financial records and tax filings.

They argued that SCOTUS should block the subpoenas on the ground, that without a predicate crime to justify the release of the subpoenaed material, they go beyond the committees’ powers.

Before liberals’ heads explode, they should note that it was liberal icon Justice Ruth Ginsburg who originally issued a stay of the lower courts’ decision and ordered the House to respond.

That response came on Wednesday, and following a conference the court issued a writ of certiorari with a hearing date for March of 2020.

This was a huge win for President Trump for multiple reasons.

By agreeing to hear the cases, and then wrapping the president’s arguments against the three lower court rulings into one hearing, it signals a virtual certainty that President Trump will prevail.

The Court will deny Congress’ open-ended fishing expedition that is a transparent quest for opposition research leading up to the 2020 election – Spygate 2.0.

Just as significantly, simply by agreeing to hear the cases, the high court has nullified the second article of impeachment that the House voted out of committee yesterday.

That article charged the president with obstruction of congress. Yesterday’s decision by the Supremes exposes the House impeachment prosecutors for attempting to sidestep the need to go to the third branch of government to adjudicate, what the Framers realized would be, the natural friction between the president and congress.

In a stunning reversal, yesterday’s decision makes Congressional Democrats guilty of the first article they charged President Trump with – abuse of power.

Congressional Dems, led by Speaker Nancy Pelosi and chairmen, Adam Schiff and Jerrold Nadler, attempted to usurp the authority of the court and, in the process, destroy the independence of the presidency. And every Democrat went along with it.

Professor Dershowitz: “… but think about what that message [from the court] is.

… they made it clear that’s a viable issue, so that charge, that ground of impeachment should be immediately removed by the House and not sent to the Senate.

There’s nothing to it anymore after the Supreme Court today said, you’re entitled to review on an issue when the president challenges the subpoena power of Congress.

All done. It’s over!

Portions of this article originally appeared at We Are Biased OPINION Blog and was republished with permission.