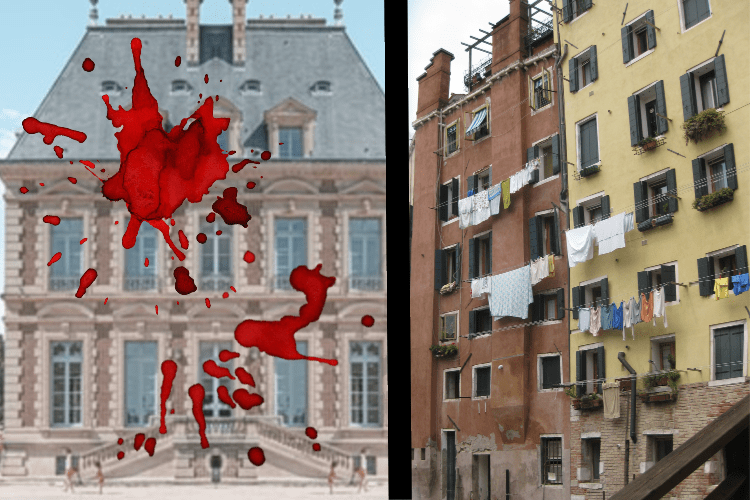 In a nation that has prided itself on the “American Dream” – the dream that anyone can become wealthy if they work hard enough and make the right decisions – it’s probably a shock to learn that a lot of folks no longer believe in capitalism.

But the shock goes even deeper than that. A report from the Cato Institute that examined Americans’ opinions on wealth and the wealthy says that 47% of American socialists believe that “taking violent action against the rich may be justified.”

The Cato Institute is a think tank that performs independent, non-partisan research into a wide range of issues related to personal liberty, limited government, free markets, and peace. You can learn more about the Cato Institute here.

The new report is entitled What Americans Think About Poverty, Wealth, and Work.

The survey…investigates attitudes toward the rich and the poor and examines what Americans believe about work, welfare, and social mobility. (source)

Many of the results seem to be right down party lines and in this political climate, are frighteningly predictable.

Let’s take a look at the findings.

Opinions have taken a shift since 2016.

Why did this shift occur?

According to half of the Democrats surveyed, President Trump caused them to dislike capitalism and lean more toward socialism.

Opinions on wealth were varied. Here were some of the findings:

84% of Americans believe “there is nothing wrong with a person trying to make as much money as they honestly can.”

A worryingly slim majority of Americans do not believe that wealth should be redistributed from the rich to the poor.

More than half of Americans (55%) believe that the distribution of wealth in this country is “unfair.” This is divided by age and political philosophy.

The distribution of wealth (or lack thereof) will probably be a key factor in the next election. It was only a couple of years ago when a group went public about their desire to “expropriate” the assets of the wealthy and redistribute them to the poor.

People under 30 are about 20–30 points more likely than Americans 65 and over to:

Young Americans are about equally favorable toward socialism (50%) and capitalism (49%). In stark contrast, Americans 65 and over solidly prefer capitalism (76%) to socialism (34%). (source)

It is not out of line to blame our education system for pushing socialism and leftist professors who promote violence for these attitudes. In fact, the Democratic Socialists of America urge socialists to become teachers to accomplish just this.

However, it might be consoling to note that when a similar survey was undertaken in 1978, more than half (54%) of Americans under 30 believed that wealth should be redistributed from the rich to the poor. The young people who were 18-29 then are 59-70 now, and you can see how their opinions have changed. That should provide some hope that the attitudes of current young people will change as they become more mature and have more life experience.

One of the biggest points of disparity was opinions on how rich people attained their money. Liberals and conservatives are completely at odds regarding this.

With these differences in perspective, it is easy to see how difficult it would be for liberals and conservatives to come to a consensus regarding policy to “fix” the poverty in America.

What attitudes most influenced people’s points of view?

According to this report, there are two major factors that influence people’s points of view regarding capitalism vs. socialism: resentment and compassion. The report says:

Statistical tests find that resentment of high achievers has about twice the impact as compassion for the needy in predicting hostility toward capitalism and support for raising taxes on the rich. However, compassion is a better predictor of support for increasing welfare benefits. Both resentment and compassion predict support for socialism. (source)

At the same time, 69% believe that billionaires became wealthy by creating value for others, and 65% believe that the nation is better off when people become wealthy because they, in turn, will invest in businesses that create jobs.

And this is where things get kind of scary.

One must wonder what they mean by “violence.”

At this point, there’s a hard push toward socialism in this country.

Most folks who believe in socialism don’t see the correlation between those policies and the collapse of Venezuela for example. They don’t understand that every time in history that food production was collectivized, people died of starvation. On the other hand, a lot of the vocal people who are against socialism have views that appear to be condescending and judgmental, neither of which is going to win over hearts and minds.

As someone who has been dirt poor despite my very hard work, I find the opinions that cite laziness and drug use to be downright offensive. As someone who managed to dig myself out of poverty, I find the concept of having the results of my hard work “redistributed” to be equally offensive.

Also note: this article is based on the Cato Institute’s statistics – this isn’t an opinion piece.

What do you think of the results of this survey? Do you believe there will be violence against the wealthy? Do you think the push for socialism will continue until we no longer recognize the United States as the land of opportunity?

I’d love to hear your thoughts on the findings. Do they seem accurate to you? Do you have any personal experiences that support or contradict the survey? Please share those stories in the comments.

And try to keep it civil – this only has to be volatile if we allow it to be.

Please visit The Cato Institute to read more details of this survey on the state of our union, and share your thoughts in the comments.