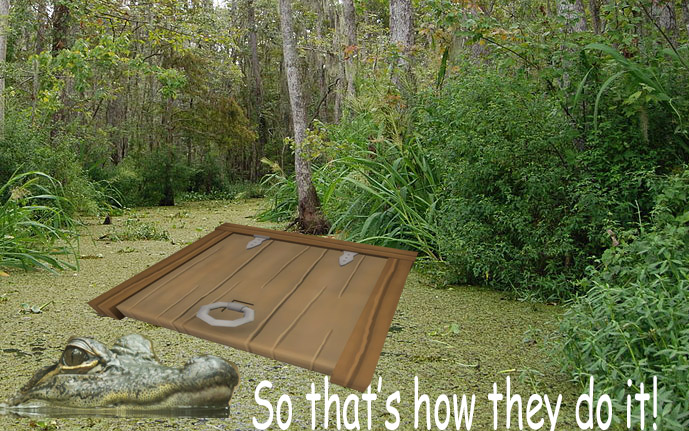 Have you ever tried to hold on to a reptile? They’re slippery, and they squirm and twist until they’re out of your grasp. You may even get a nasty bite for your efforts.

Well, the creatures in the Washington DC swamp are no different. How slippery are they, you ask? Too slippery for the US Justice Department, if history is a witness

The sordid tales of bigwigs escaping consequences is so well-known, that few Americans expect anyone to be held accountable for the Russia collusion hoax or FISA-gate. That’s okay, the culprits don’t expect to face any consequences either. There’s a reason that DC-connected swamp crooks expect to slip the noose—it’s called the US Justice Department

A list of politicians that have escaped prosecution for crimes would take up too much space, so let’s look at a few government officials protected by the so-called Department of Justice:

Hundreds murdered, including one American hero

There were five Obama officials, under the Eric Holder Justice Department, involved with the Fast and Furious gun-walking program. Two thousand US firearms were intentionally placed in the hands of the Mexican drug cartels. An estimated three hundred Mexican civilians and one US Border Patrol officer, Brian Terry, were killed by people using these weapons. Most of these weapons were never recovered, so people are still dying at the hands of these federal imbeciles.

Assistant Attorney General Lanny Breuer lied to Congress about the gun-walking program and his punishment was resignation from office two years after Fast and Furious was made public. Breuer is also known for not even attempting to prosecute the infamous Wall Street bankers who caused the 2008 financial crisis and ruined the finances of millions of people.

With these lower-level officials taking one for the team, masterminds Eric Holder and B. Todd Jones breathed a sigh of relief. Obama went on to appoint Jones as ATF director. Some would call that a promotion.

Loretta Lynch, while working for the Justice Department, refused to prosecute directors of HSBC bank even though the government had a solid case against the organization for laundering hundreds of millions of dollars for terrorist organizations like Al Qaeda and Hezbollah, Russian gangs, Mexican drug cartels, and rogue nations like Iran and North Korea. While our men and women in uniform were dying in Iraq, bank executives at HSBC were getting rich supporting the regimes responsible for their deaths. Lynch’s “punishment” for allowing these traitors to escape justice: promotion to Attorney General.

Hillary Clinton avoided prosecution for her classified email felonies, but also for funneling ten million dollars to a crony and Clinton Foundation donor, Caudio Osorio. You might remember Osorio as the con artist who screwed the Haitian people, and American taxpayers, out of millions of dollars for financial aid after the 2010 earthquake. Osorio got a mere twelve years sentence for his fifty-million-dollar scam while Clinton didn’t even get a slap on the wrist. Additionally, she leaped over a greater abyss when Loretta Lynch and James Comey turned a blind eye to her favorable dealings with the Russian company, Uranium One, after her receiving over 140 million dollars from Uranium One investors. The money “donated” to the Secretary of State went into the Clinton Foundation (slush fund), their so-called charitable organization which only disbursed three percent (3%) of its revenue to charity.

I could go on, but we all get the point. Expecting the Justice Department to seriously pursue criminal indictments on any big names in the alphabet agencies over the Russia collusion hoax, the Mueller investigation, or FISA-gate is just downright silly. The SWAMP always has a way out, and the trapdoor is never locked.