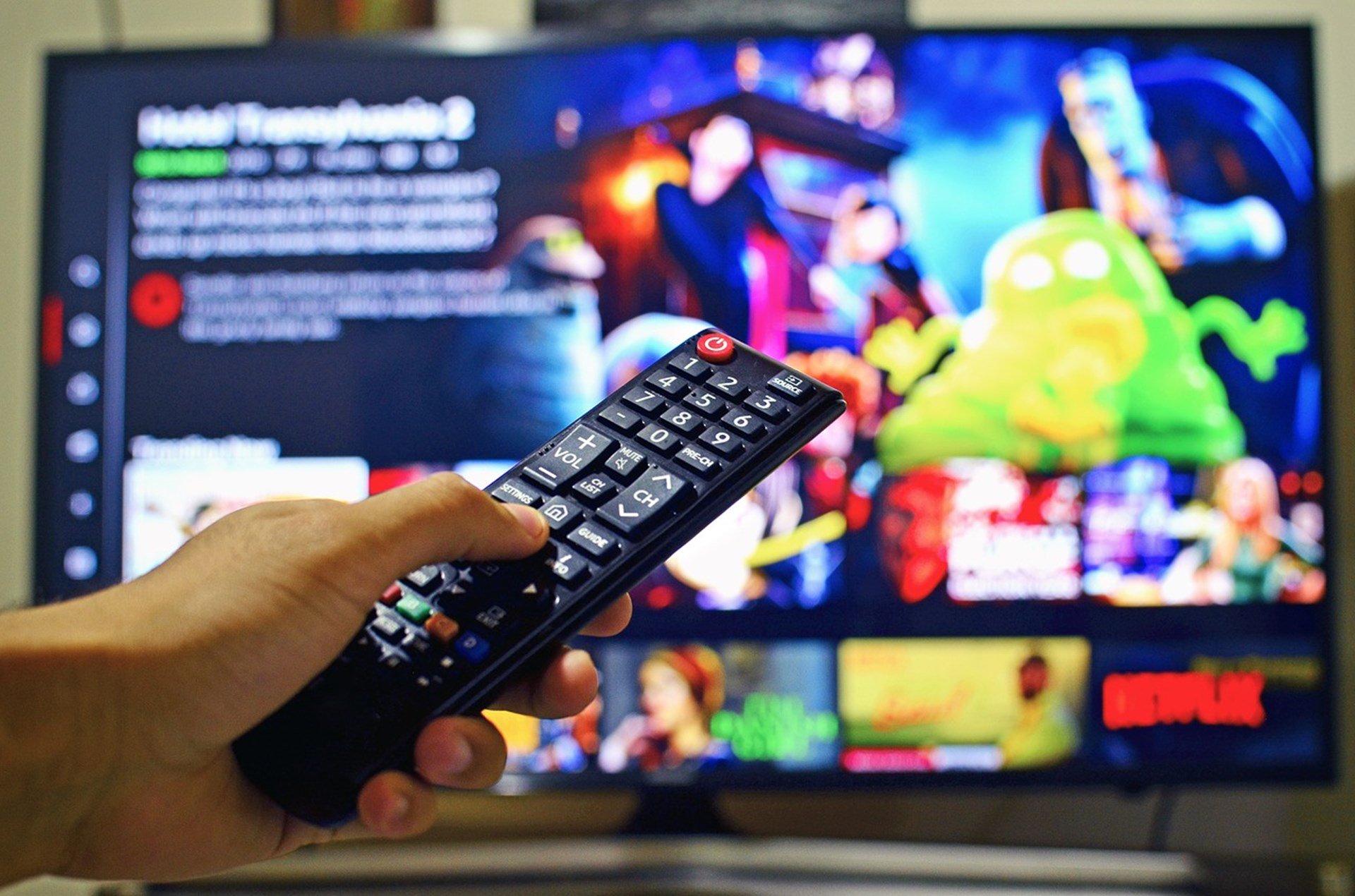 When the private sector needs to generate more revenue, entrepreneurs innovate and create in order to draw in consumers and raise profits. When the government needs to generate additional revenue, they are left with only one option: Extort through fees and taxation. And after it has taxed everything feasibly within its grasp, it has to get creative.

California lawmakers have sunk so low, there is now a tax on fruit purchased from vending machines. It should be noted that regular fruit purchased at a store is not subject to this tax, only those purchased from a vending machine. Following this line of absurdity, Indiana has an instituted a candy tax on marshmallows. Maine has a fruit tax specifically on blueberries. Unfortunately, Georgia may be the next state to fall victim to absurd government attempts to generate revenue by taxing digital streaming services like Netflix and Hulu.

Tax All the Things

At the end of last year, California tried to pull a fast one on its residents when local policymakers attempted to levy a 4 percent tax on text messaging. Just weeks prior, Chicago became a target for criticism after PlayStation’s decision to begin enforcing the city’s new 9 percent amusement tax was brought to the public’s attention. While most were aghast at the lengths these states were willing to go to in order to create new taxes, local governments were taking notes.

This week, the Georgia legislature will reconvene for the 2019 legislative season, during which state legislators will discuss the merits of passing and instituting a new 4 percent tax on Netflix and other streaming services. The proposal comes just after Georgia residents saw a cut to their income tax rate. But instead of letting Georgians celebrate keeping more of their hard-earned money, the state has found a new way to use taxpayers to fund new initiatives.

The “digital goods and services” tax, as it is called, is being proposed by the state House’s Rural Development Council. In order to soften the blow to taxpayers, the state has plans to lower its current communications service tax, which levies a tax on cell phone usage as well as cable television services, down to 4 percent. However, between this tax and the new proposed tax on streaming services, this still results in an additional 8 percent tax for residents. And this is only in this one narrow “communications” sphere.

To make matters worse, the proposed tax will apply to a wide range of streaming platforms. It is likely that both video and music streaming services will fall under the new digital goods and services tax, though PlayStation appears to be safe—at least for now. Services like Amazon’s video and music streaming platforms, Spotify, Pandora, and Apple, however, will be included in the new tax.

Unfortunately, Georgia is not the only state to consider instituting a tax on digital services. Florida, North Carolina, Pennsylvania, and Washington have each imposed their own form of streaming tax on digital media, as well. Chicago’s aforementioned amusement tax is currently being fought by Apple on the grounds that it violates the Internet Tax Freedom Act, but it is unclear if the lawsuit will go anywhere.

Since many states, Georgia included, have seen slashes to their income tax rates recently, politicians have been looking for creative ways to make up for the loss in revenue. And since the world is becoming increasingly more digital, it has become pointless for policymakers to attempt to tax physical purchases from brick and mortar establishments. No longer can the government profit from consumers renting movies, for example, since physical movie rental stores are not as plentiful as they used to be. Instead, governments have begun seeking to institute new forms of sales tax—like taxing digital rentals from Amazon or iTunes. And it’s easy to see why they are going after digital streaming.

A CNBC All-American Economic Survey found that 57 percent of the public uses some form of streaming platform, making this a very lucrative area to tax. The same report noted that the increase in streaming helped propel the value of Netflix to $124 billion, up from $63 billion just a year earlier. The surge in valuation occurred even though Amazon emerged to challenge Netflix. Reports suggest that now Walmart is looking to move into the digital streaming space.

The concept of taxing digital platforms might be a brilliant idea, really, if it wasn’t so slimy in nature. A tax on digital streaming is a tax on innovation itself.

Georgia is still largely a fiscally conservative state, so it is unknown as to whether this legislation will pass. However, it does appear to have the backing of House leadership. Senate Finance Committee Chair Chuck Hufstetler (R) told Bloomberg Tax:

It is controversial, but the world is changing. I don’t want that loss of sales tax that we’re seeing to mean a greater income tax. We’ll have to look at the details.

Hufstetler and others assert that instituting this tax would actually allow the state to make further cuts to the income tax rate. But this doesn’t seem to make a whole lot of sense since residents are unlikely to save any money if what they save in income taxes is made up with a higher sales tax. In 2018, the legislature approved cuts that lowered the income tax rates from 6 percent to 5.75 percent. The plan is for the income tax rate to be slashed even further, to 5.5 percent, by 2020.

Last year, a similar digital streaming tax was proposed and ultimately rejected by the state legislature, but that obviously doesn’t mean they haven’t kept trying. House Ways and Means Committee Chair Jay Powell (R) defended the state’s new tax push by saying that it isn’t new at all but rather a reframing of previously instituted taxes:

I think there’s an increasing awareness that we’re really not talking about new taxes. We’re talking about a market that has converted tangible personal property that historically has been subject to sales tax into a digital format.

As always, the government is seeking to penalize innovation by taxing it rather than celebrating it.

Sure, the state of Georgia might think its quest to raise revenue worthy since the money is supposedly going towards rural development, but the road to hell is paved with good intentions.

The Ends Don’t Justify the Means

Each time a new tax is proposed, it is justified as going towards helping the “greater good” in one way or another. In California, the text messaging tax, which has since been abandoned due to the FCC’s influence, was supposed to go into a fund that is used to help lower-income earners pay for public utilities. In Seattle, a proposed “tax on jobs” sought to levy a tax on each worker employed by companies like Amazon. The revenue generated from this tax was supposed to go toward fighting homelessness.

Both of these taxes have respectable ends, but taxing anything that moves is not the answer to funding any project or initiative lawmakers might dream up. In Georgia, the push to tax streaming services has been justified through the promise of rural development. Legislators have already said that rural development is to be a focal point of this year’s legislative session, so it is possible that this bill might pass due to the popularity of the issue.

However, before Georgia goes approving any new taxes, legislators should take a closer look at what has happened with other tax increases with noble ends.

In 2015, Atlanta voters agreed to a tax increase of $250 million with the explicit purpose of using that money to fix outdated or broken infrastructure. Since that time, additional taxes have been levied for the same purpose, costing the taxpayers a total of $630 million. However, the government is now saying there is no money to complete the project. Even though taxpayers already paid greatly, the project is still more than 25 percent underfunded, leading many to wonder if the money was mismanaged.

No matter how admirable their many proposed projects and initiatives may be, it does not justify the imposition of new taxes. This is especially true for a state that has already proven itself incapable of managing taxpayer dollars.

Brittany is a senior writer for the Foundation for Economic Education. Additionally, she is a co-host of Beltway Banthas, a podcast that combines Star Wars and politics. Brittany believes that the most effective way to promote individual liberty and free-market economics is by telling timely stories that highlight timeless principles.