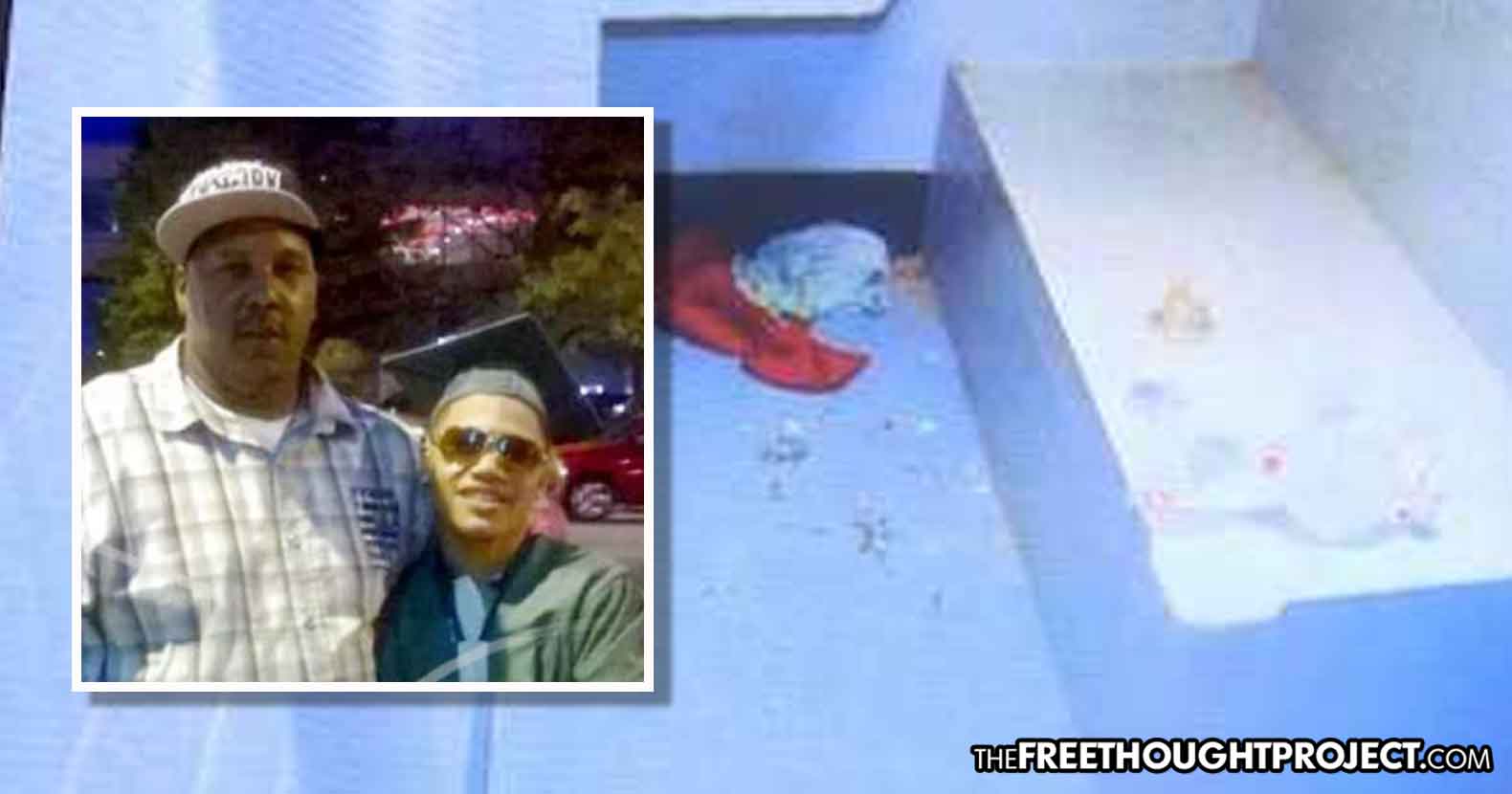 As TFTP reported in 2017, a jury found probable cause to bring criminal charges against seven jailhouse employees in the dehydration death of Terrill Thomas for cutting off the water to his cell until he died of dehydration. Since then, three of the officers were found guilty and handed down insultingly low sentences. And now, the taxpayers are taking the brunt of the responsibility as Thomas’ family receives a $6.75 million settlement.

“It reflects the callous disregard for Terrill Thomas’ life,” Ed Budge, a Seattle-based attorney who was part of the legal team representing Thomas’ estate told CNN on Wednesday. “We are satisfied that the settlement reflects the atrociousness of what happened, and it’s an appropriate result for this case.”

During an inquest in 2017, multiple inmates testified that they heard the 38-year-old beg for water—for days. After being locked in a cage with no water for seven days, Thomas finally died.

Thomas, a mentally ill inmate, had been placed in solitary confinement for seven days. Throughout his time in his jail cell, it was reported not once was he allowed the customary one hour of free time in the yard. In a seeming protest to his conditions, Thomas clogged the toilet, prompting the officers to shut all the water, not just the toilet water, off to his cell.

After hearing from nine jail employees, NBC News reported at the time that the jury deliberated for two hours before recommending charges be filed with one simple word, “Yes.” However, the jury’s decision would not lead to much accountability.

Lt. Kashka Meadors, who ordered the water to be cut off to Thomas’ cell pleaded no contest to abuse of residents in a penal facility, ending her criminal case, according to CNN affiliate WITI.

Officer James Ramsey-Guy, who obeyed the order to shut off the water to Thomas’ cell, took a similar plea deal.

“I wouldn’t wish this upon my worst enemy…it’ll take you away. I feel like I passed away, losing my father. I don’t have him anymore. I’m not going to be who I used to be,” said Terrill Barns, Thomas’ son.

Then-Sheriff David Clarke — whose jail Thomas was dehydrated to death in — responded to the incident at the time saying the following on Facebook:

“THIS IS PART OF A PROCESS. I RESPECT THE PROCESS. JURY RECOMMENDATIONS ARE JUST THAT. THE NEXT STEP IN THE PROCESS IS FOR DA CHISHOLM TO DECIDE IF ACTUAL CHARGES WILL BE BROUGHT FORTH. THERE WILL BE NO SPECULATION OF WHAT WILL HAPPEN UNTIL IT HAPPENS.”

After the incident, Clarke resigned from his position. He faced no charges, despite his supervisory roll over the entire situation.

Thomas’ settlement is reportedly the largest in history for a federal civil rights case involving an in-custody death.

Unfortunately, we at TFTP wish it were an isolated incident but it seems jails all across the country are now using water as a reward/punishment. Just last year, we reported on the eerily similar case of Madison Jenson, who may have died from intentional dehydration for not being given intravenous fluids after having diarrhea and nausea for days on end.

Jenson requested medical assistance but never received it. She, too, was neglected. Her father called for everyone in the jail to be fired as well as the sheriff. Jenson’s family can rest assured, with the attention Thomas’ case is receiving, his lawyers are likely watching very closely to those proceedings and will demand equal attention be given to her case as well.

Although Jenson’s death happened in Utah and not in Wisconsin, the news that yet another person has died from dehydration should sound the alarm bells for jails all across the country to at least make sure every inmate’s basic needs are being met. That means water for every prisoner, whenever they well ask for it.