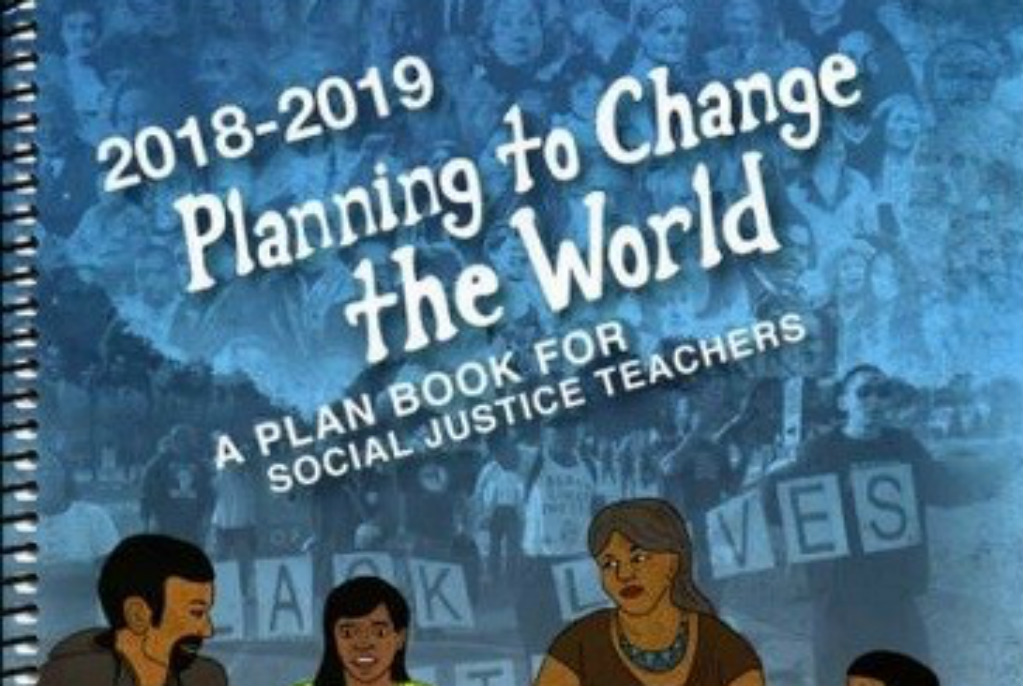 U.S. public schools are no longer about teaching students facts, information, and how to read and write. It’s all about “changing the world” in accordance with what the Left call “social justice” — code words for Marxism.

In an exclusive for the Gateway Pundit, Brock Simmons reports, Aug. 29, 2018, that 3,500 teachers in Portland Public Schools are given an $18 teaching guide meant for children as young as 5 years old.

The guide, Planning to Change The World – A Plan Book For Social Justice Teachers, is produced by the Education for Liberation Network, published in partnership with Rethinking Schools, and is suffused with Marxist propaganda.

To begin, the teaching guide states its purpose as:

Planning to Change the World is a plan book for teachers who believe their students can and do create meaningful social change….

This plan book is designed to help teachers translate their visions of a just education into concrete classroom activities. It is both a daily reminder of the importance of teaching for justice and a collection of tools to help you do just that. Planning to Change the World is packed with important social justice birthdays and historical events, words of wisdom from visionary leaders, lesson plans, resources, social justice education happenings and much more.

And what is the teaching guide’s conception of the “social justice” that students are encouraged to “change the world” into?

It is a vision that celebrates Islam (while downplaying Christianity), communists and domestic terrorists; promotes gun-control and “transgenders”; celebrates abortion; and trashes America’s July 4 and Thanksgiving holidays.

The teaching guide gives prominence to:

While the teaching guide’s calendar does acknowledge Christmas Day, the word “Christmas” is in a thinner type font, whereas the wholly concocted “African American” holiday of Kwanzaa and the Mexican Cinco de Mayo on May 5 get bold type fonts.

The teaching guide’s calendar devotes the month of April to gun control with the quote: “How and why are schoolchildren uniquely and powerfully positioned to demand gun control?”

On transgenders, the teaching guide:

The teaching guide also celebrates the 30th anniversary of Roe v. Wade on April 9, and trashes Thanksgiving, calling it the “National Day of Mourning”, and July 4 by quoting a Sioux author: “The White man must no longer project his fears and insecurities onto other groups, races and countries. Before the White man can relate to others he must forgo the pleasure of defining them.”