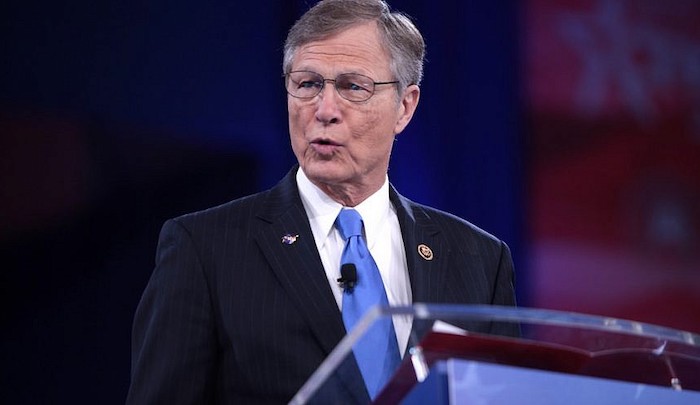 Babin is right. What are the Democrats now? The Jew-hating jihad party? Tlaib’s district is the third-poorest in Nation. What is she doing waving the Nazi flag in the Jewish state? Did she run on Jew-hatred and is now delivering? And her fellow new Democrat Party star, the simple-minded antisemite Alexandria Ocasio-Cortez, has said that the caravan of migrants is like Jews in Holocaust. Where are the death camps? Where are the gas chambers? Where is the insistent demonization and genocidal rhetoric? What is even worse than the open Jew-hatred of Tlaib and Ocasio-Cortez said is that no one in the Democrat leadership has a word to say about it. They are their latest media darlings, and can do no wrong, especially when they demonstrate their antisemitism, which they all share. Israel would be mad to let these Nazis in.

“I am writing to express my extreme concern,” Babin wrote in a letter to Pelosi. “This action, from an outspoken supporter of the ‘BDS’ Israel boycott movement … is both ill-conceived and inconsistent with our national values.”
Advertisement

“Please consider the damage that a yet unexperienced and overly caustic Member of Congress may cause to Israeli relations, or the perceptions of our own Jewish-American citizens,” he added.

In December, Tlaib, who met last week with a anti-Israel activist who has said that Israel is a “terrorist entity,” announced the trip for freshmen members of Congress….