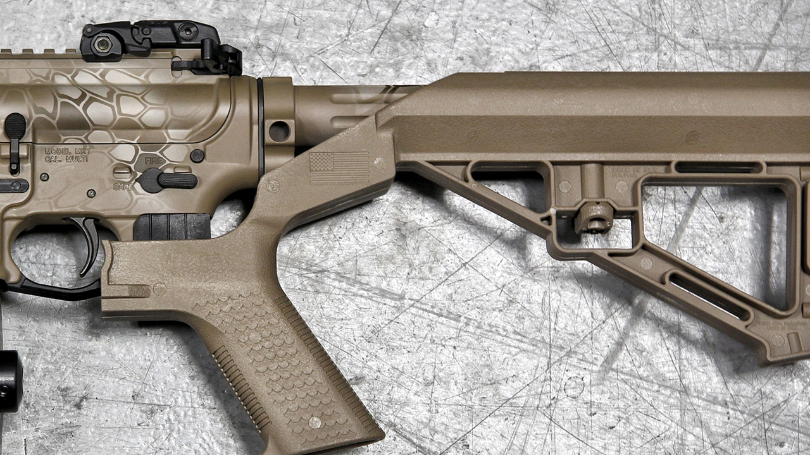 Make no mistake, the Trump administration’s unlawful ex post facto “law,” which is what it is, has criminal and economic consequences. The latest evidence of this is in Texas. Following the unconstitutional ban on bump stocks, a Texas gun store owner was forced to destroy 73,000 bump stocks. Now, he’s suing the government, and rightly so.

The Ft. Worth Star-Telegram reports:

RW Arms filed the lawsuit claiming the Fifth Amendment takings clause, which bans the government from seizing private property for public use without just compensation. The lawsuit also argues that the bump stocks have been long-defined by the ATF as a firearm part and therefore are not regulated as a firearm under the Gun Control Act of 1968 or the National Firearms Act of 1934.

“Between 2008 and 2017 the ATF also issued many classification decisions concluding that certain other bump-stock-type devices, that did not rely on springs, were not machineguns,” the lawsuit says. “The ATF indicated that semiautomatic firearms modified with these bump-stocktype devices did not fire ‘automatically,’ and were thus not ‘machineguns,’ because the devices did not rely on internal springs or similar mechanical parts to channel recoil energy. The ATF classified these bumps-stock devices as firearm accessories which are not subject to regulation.”

Indeed, this is just like red flag laws, which are also unconstitutional, and violations of the Fifth Amendment. Yet, what was once legal one day becomes illegal the next and not by an act of Congress but by an unelected agency that was never given authority to write law in the first place. And President Trump didn’t stop it.

It cost the company a lot of money too.

Again, according to the Star-Telegram, RW Arms was forced “to send its entire inventory of bump stocks to the Bureau of Alcohol, Tobacco, Firearms and Explosives … The bump stocks were taken to American Shredder to be shredded and recycled.”

Forced! Not only is the ATF unconstitutional, but they never were given authority under our Constitution to make law. The executive branch is to enforce law that Congress constitutionally writes.

The US Supreme Court, you know, the one that is supposed to be “conservative heavy,” as we are told, denied a gun rights groups halt on the illegal banning by the executive branch from going into effect.

While the gun groups claimed the Justice Department’s reinterpretation of existing statutory law, which is also unconstitutional, that categorized “bump stock” devices as machine guns, which is a violation of the Administrative Procedure Act, SCOTUS simply didn’t think enough of the Constitution’s clear words on who writes law and the protections of American’s right to keep and bear arms to give it a proper hearing and do the right thing.

In a brief, unsigned order, the court denied the request from gun rights groups to place the regulation, which took effect April 3, on hold for the plaintiffs who are challenging the ban in lower courts. It is the third time justices have been asked to issue such an order.

Justices Clarence Thomas and Neil Gorsuch said that they would have voted to put the rule on hold as it applies to the challengers. Thomas has repeatedly written that lower courts are snubbing the rights of gun owners.

Thomas is truly the only real good guy on that court.

Breaking: #SCOTUS denies stay in bump stock case. Thomas and Gorsuch dissent. There wasn't even a call for a response. #ButGorsuch #NotKavanaugh pic.twitter.com/J8IBxoiAHK

I hope RW Arms wins and wins big and shoves it back down the throats of the criminals in DC who violated the Constitution and the rights of the people.