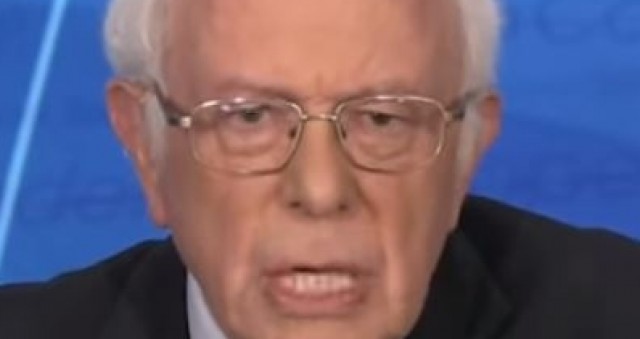 (TNS) Sen. Bernie Sanders, who may be cruising to the 2020 Democratic presidential nomination much to the chagrin of the Democratic Party hierarchy, has eschewed “billionaires” because wealth is bad and everyone should be equally poor.

He doesn’t say that, mind you, but that’s what the economic model he prefers — Communism/Marxism — does to a country. Cuba, Venezuela, the former Soviet Union (where Bernie honeymooned) all tanked after Commies and Marxists took over as leaders.

Government should be deciding winners and losers, not individuals with outmoded concepts like “freedom” and “individual responsibility,” and certainly not people who have a lot of money.

But because Bernie’s a ginormous hypocrite (he’s a millionaire who badmouths millionaires and billionaires), we’ll see what he does about an endorsement from a “climate change” organization that is funded by individual Americans with really big bucks.

Some of the wealthy individuals Bernie Sanders (I., Vt.) has staked his campaign against seem to find much to like in the senator.

The latest group to endorse his presidential bid, the Sunrise Movement, is financially backed by billionaires, a wealth class Sanders wants to eliminate. The D.C.-based youth climate group on Thursday announced its support of the Vermont senator, saying he “grasps the scale of the climate crisis, the urgency with which we must act to address it, and the opportunity we have in coming together to do so.”

The organization has pushed a number of controversial policies and helped craft the Green New Deal. It is also part of a coalition that met privately with Democratic presidential candidates to urge them to decriminalize border crossings and defund and reform the Immigration and Customs Enforcement agency.

The Sunrise Movement was founded in 2017 as a 501(c)(4) nonprofit that is not required to disclose its donors. However, the group’s nonprofits raised nearly $1 million in 2018 with the help of the Wallace Global Fund, the foundation of billionaire and failed congressional candidate Scott Wallace, and the Rockefeller Family Fund.

Bernie the Commie has railed against wealth all his life, and that includes billionaires — because he hates the fact that our country was created on the idea that everyone should have an equal opportunity to become as successful as they want to be.

“There should be no billionaires. We are going to tax their extreme wealth and invest in working people,” Sanders said last year.

“The billionaire class should be very, very nervous. The working people of this country are ready for a political revolution,” he would later add.

So — is Bernie now prepared to eschew this endorsement?

Because if not, Bernie will prove what other Commie/Marxist leaders before him have demonstrated: All that talk about ‘equality’ only applies to the peons, not society’s masters.