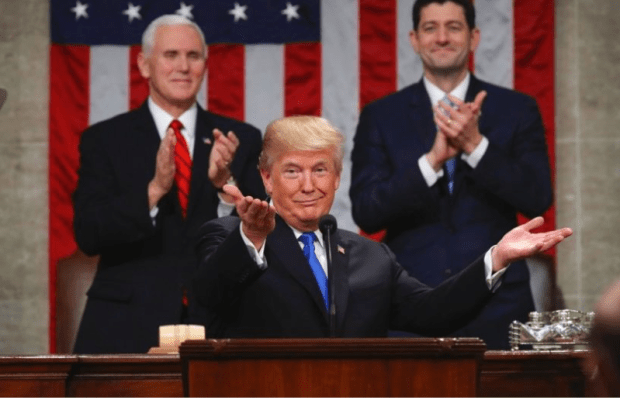 (TNS) If anything, Washington D.C. is filled with egos belonging to people who believe they are the smartest of the smart.

That includes political leaders, consultants, analysts, and especially media types. No one knows more than they do about the real play in the nation’s capital.

So when they make forecasts and predictions, lots of Americans listen to them. After all, they are ‘in the know.’ They have the ‘inside scoop.’

Except that, in most cases, they don’t. These people are simply talking out of their you-know-whats because that’s largely how they make their living: Prognosticating and pontificating about all things political.

Well, another year has come and gone, and POLITICO assembled a list of political predictions and forecasts that failed to materialize in 2019.

You can read the whole list (here) but we picked out some of the most egregiously incorrect examples. They are (in no particular order):

This wasn’t implausible when it was predicted in January, during Harris’ highly regarded presidential campaign rollout, but the California senator didn’t even make it to the end of 2019 as a candidate, dropping out of the race on Dec. 3.

We never thought Harris would win the Democratic nomination.

Joe Biden entered the Democratic primary in April, and he has consistently led national polls since.

A) Biden can’t beat President Trump; B) Biden must have thought Americans could use a good laugh.

— “By the end of 2019, the president of the United States will be Nancy Pelosi”

Even as Speaker Nancy Pelosi flexed her power this year—deftly navigating impeachment with limited public blowback against Democrats (at least so far)—she remains third in line for the Oval Office (behind Trump and Vice President Mike Pence), no closer to becoming president than she was at the start of 2019.

“Deftly?” “Limited public blowback?” Seriously? A) Trump’s approval ratings are climbing because of the partisan Democrat impeachment; B) That includes among blacks; C) I’ll be president before Nancy Pelosi.

Predicted by: Lee Drutman (several times) and a great many others

For a time in late 2018 and early 2019, it plausibly looked like Beto O’Rourke was the future of the Democratic Party. CNN’s S.E. Cupp, James Gagliano, Joey Jackson, Scott Jennings, Roxanne Jones, Peniel Joseph, Jen Psaki and Alice Stewart each predicted that he would be leading the polls of Democratic presidential candidates at the end of this year.

That prediction turned out to be as real as S.E. Cupp’s conservative bona fides.

— Mueller will “exonerate Trump,” “implicate the Deep State” and “forever legitimize his presidency”

Predicted by: Bill Mitchell (here, too)

Not only did special counsel Robert Mueller not exonerate Trump, he said, “If we had had confidence that the president clearly did not commit a crime, we would have said so.”

Uh, yes, Mueller did exonerate Trump. The special counsel’s mandate was to find evidence of ‘Russian collusion,’ which he stated specifically in his report that there was none (because it was a lie to begin with). And here’s a little lesson for POLITICO in American jurisprudence: Investigations aren’t done to clear people, they’re done to find evidence of wrongdoing. If Mueller had found some you can bet he and his band of Democrat donor prosecutors would have leveled them at the president.

— Mueller will reveal that Trump’s 2016 campaign received millions of dollars from Russia, Saudi Arabia, the United Arab Emirates and Qatar

There was no such evidence, Mueller unveiled no such thing, and there is no factual basis upon which to claim that “millions of foreign dollars illegally flowed into the Trump campaign.”

— House Democrats will not impeach Trump

Predicted by (among others): Peter Daou, Kai Ryssdal and Stephen L. Carter

Yes, because that was the plan all along, and POLITICO knows it.

— In 2019, there will be a “move toward forcing African-Americans to secure 19th century Black Codes-type passes that they must carry in public”

Nothing even hazily resembling the prediction has been entertained.

Because it never would be. Because it’s crackpot stuff from an unhinged race-baiting Leftist.