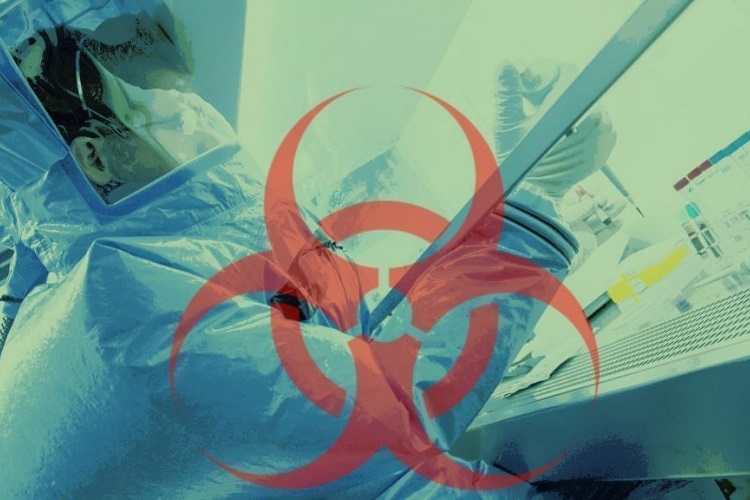 “Imagine this. A big-time doctor from the US Biological Warfare Group waddles into a meeting room, where a collection of Army, CIA, NSA, and DHS representatives sit quietly in their chairs. He says: ‘So I understand you boys want to put on a little domestic bioterror show, to keep the natives from becoming too restless. Well, the first thing you need to know is, germs don’t obey orders. Forget all that sci-fi nonsense. Germs work and they don’t work. It’s a crapshoot. You could have a big fat dud on your hands. I can tell you how to make it work, though, if you give up on your fancy high-tech wet dreams…” (The Underground, Jon Rappoport)

There are future scenarios which, with enough exposure before they’re staged, can be stopped—or at least analyzed correctly when they occur.

A calculated bioterror event is one of those.

The primary fact is: no matter what kind of germ you’re talking about or where it came from, releasing it intentionally does not guarantee predictable results. Far from it.

For instance, people whose immune systems operate at different levels of strength are going to react differently.

The perpetrators may find that less than 2% of people exposed get sick or die.

But there is another strategy that should be understood:

The use of a germ as a cover story for a chemical.

In other words, there is no germ attack. It’s called a germ attack, but that’s a lie. The perps bring in researchers to the affected area, who go on to claim they have isolated a germ that is the cause of death and illness. It’s a sham. What really happened was:

The spread of a toxic chemical that can’t be detected, unless you’re looking for it.

The chemical has severe, deadly, and predictable effects for a week or two. Then it disperses and loses potency and the “epidemic” is done.

In some town, a fairly isolated community, the word goes out that people are suddenly falling ill and dying. The CDC and the Army are called in to cordon off the area and quarantine all citizens. A peremptory announcement is made, early on, that this is a biowar attack.

Major media are allowed outside the periphery. Network news anchors set up on-location and do their wall to wall broadcasts “from the scene.”

The entire nation, the entire world, is riveted on the event, 24/7.

People inside the cordon fall ill and die. Reports emerge from the town:

The networks state that “heroic doctors are taking samples of blood and the blood is being analyzed to find the germ that is causing the epidemic.” The DOD confirms over and over that this is, indeed, a biowar attack.

Human interest stories pile up. This family lost three members, that family lost everybody. Tragedy and horror produce the desired empathic response from “the world community.”

It’s a soap opera, except real people are dying.

The medical cartel promotes fear of the germ.

All controlling entities obtain their piece of the terrorist pie.

Finally, the doctors announce they have isolated the germ causing death in the small town, and researchers are rushing to develop a vaccine (which they produce in record time).

Everyone everywhere must be vaccinated, now. No choice. Do it or be quarantined or jailed.

In this declared martial law situation, the doctors are the heroes. The doctors and the Army. And the government, and even the media.

Then, after a few weeks, when the potency of the secret chemical has dispersed, it’s over.

When you think about it, this scenario is a rough approximation of what happens every day, all over the world, in doctor’s offices. The doctors are prescribing chemicals (drugs) whose effects are far more dangerous than germs that may (or may not) be causing patients to be ill.

In other words, a chem-war attack is being leveled at people all over the world all the time.

See Dr. Barbara Starfield (Johns Hopkins School of Public Health), July 26, 2000, Journal of the American Medical Association, “Is US health really the best in the world?” 106,000 people in America are killed every year by FDA-approved medical drugs. That’s over a million people per decade.

In the wake of a staged “biowar” terror attack, new laws are enacted. The State clamps down harder on basic freedoms. The right to travel is curtailed. Criticizing the authorities is viewed as highly illegal. Freedom of assembly is limited.

“Citizens must cooperate. We’re all in this together.”

A new federal law mandating the CDC schedule of vaccines for every child and adult—no exceptions permitted—is rushed through the Congress and signed by the President.

It’s all based on a lie…in the same way that the disease theory of the medical cartel is based on a lie: the strength of an individual’s immune system is the basic determinant of health or illness, not germs considered in a vacuum.

There are people who are determined to inflate the dangers of germs. They trumpet every “new” germ as the end of humankind on the planet. They especially sound the alarm when researchers claim a germ may have mutated or jumped from animals to humans.

However, if you check into actual confirmed cases of death from recent so-called epidemics, such as West Nile, SARS, bird flu, Swine Flu, and Ebola, the numbers of deaths are incredibly low.

If political criminals, behind the scenes, wanted to stage a confined “biowar” event, they would choose a chemical, not a germ, and they would leverage such an event to curtail freedom.

Understand: researchers behind sealed doors in labs can claim, with unassailable ease, that they’ve found a germ that causes an outbreak. Almost no one challenges such an assertion.

This was the case, for example, with the vaunted SARS epidemic (a dud), in 2003, when 10 World Health Organization (WHO) labs, walled off from view, in communication with each other via closed circuit, announced they’d isolated a coronavirus as the culprit.

Later, in Canada, a WHO microbiologist, Frank Plummer, wandered off the reservation and told reporters he was puzzled by the fact that fewer and fewer SARS patients “had the coronavirus.” This was tantamount to confessing that the whole research effort had been a failure and a sham—but after a day or so of coverage, the press fell silent.

SARS was a nonsensical farce. Diagnosed patients had ordinary seasonal flu or a collection of familiar symptoms that could result from many different causes.

But the propaganda effort was a stunning success. Populations were frightened. The need for vaccines, in the public mind, was exacerbated.

Several years ago, I spoke with a biologist about the fake bioterror scenario I’ve sketched out above. His comment was: “Do you think any mainstream scientist would dare go into that cordoned-off town and actually check the area for a highly toxic chemical? He’d be blackballed, exiled, and discredited in a minute. The authorities would call him crazy. And that’s if he were lucky.”

Such is “science,” these days. A researcher can discover anything he wants to, if it’s approved. Otherwise, the door is closed.

After 30 years of covering and reporting on deep science fraud, I can tell you that most scientists know, without instructions from above, the dimensions of their “permitted territory.” They can sniff out career danger from a mile away.

GMOs? Roundup? Other toxic pesticides? Climate change? Vaccines? Medical drugs? Diagnostic medical tests? Actual environmental pollution? Mercury? Chemicals in food? Radiation? Nuclear power plants? Fracking? Fluorides? On these and a whole host of other issues, government is centrally involved as a ruling force. And there are armies of compliant scientists ready and willing to carry out preferred government (and corporate) dictates. These scientists already know the answers before the questions are even asked.

It’s a dream situation, for the terminally corrupt.

A huge number of scientists, who don’t actually participate in research fraud, stand back and watch it happen and say nothing. They see the handwriting on the wall in very large letters.

In 1988, while writing my first book, AIDS INC., I interviewed a highly respected virologist at a US university. I mentioned that several molecular biologists were challenging the HIV-causation hypothesis of AIDS. He told me that he and a number of his colleagues were aware that “a serious problem” existed concerning evidence for the hypothesis, but they were all going to “let this one go.” It was too political, he said.

Yes, well, an enormous amount of science turns out to be political.

Keeping one’s head down and letting things go by may not be part of a PhD curriculum, but soon after school is out, researchers enter a different kind of training.

A main theme then pops up: do you want a career, or do you want to live in the middle of nowhere, in exile?

As it so happens, building a broad scientific consensus resting on sand is a straightforward job. It takes time and money, but the work requires no brilliance.

They get the idea right away.

They would get the idea when a fake bio-attack (that was actually a chemical) occurred. Stay quiet, agree with the authorities.

“Sure, I knew it was a chemical, but I have house payments to make, and my kids are applying to expensive universities…”