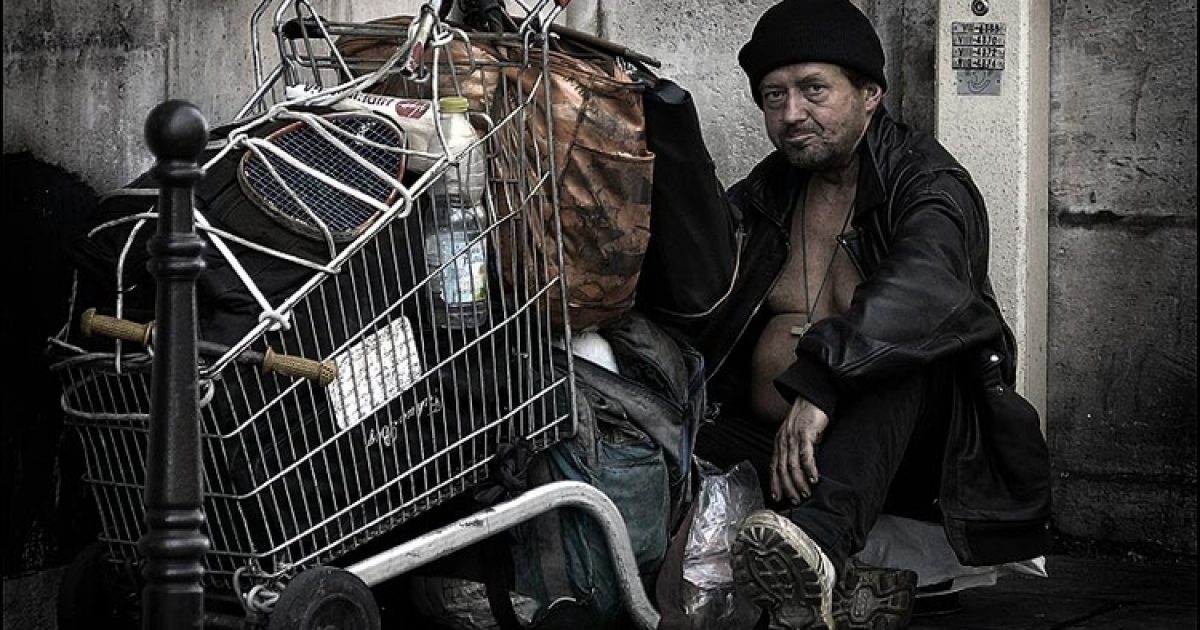 New York City will be spending $2.06 billion on its Department of Homeless Services. There are 61,421 homeless people in the city which is spending $33,539 per homeless person.

That’s only a little short of the starting salary of an FDNY firefighter at $39,000.

More money will be spent on the homeless than on the firefighters who save New Yorkers from burning buildings. The FDNY will have to make do with $2.04 billion, and the health department with $1.6 billion.

That’s impressive for DHS, a department that was only created in 1993 by the disgraced Dinkins administration and is now burning through more cash than agencies fulfilling actual vital city functions.

Two years ago, DHS had over 2,600 employees. That’s 1 employee to every 23 homeless people. Meanwhile 234 New Yorkers get only 1 police officer to serve and protect them from criminals.

Has this vast infusion of cash solved homelessness in the city? Nope.

Maybe because it spends more than any other city. But Los Angeles is catching up.

Its $4.6 billion package of homeless tax increases are staggering. Los Angeles doubled its homeless budget to $450 million. Los Angeles County plans to spend $374 million. That’s 1 percent of a budget meant to service a population of over 10 million going to just 53,193 people.

New York City and Los Angeles only account for 3 to 5 percent of the country’s population, but for a quarter of the country’s homeless population. Even considering inflated real estate prices in both cities, a national problem should not be this disproportionately concentrated in only two cities.

San Francisco will be spending $279 million on 7,499 homeless people. Seattle is spending $63 million, up from $39 million four years ago, while the Puget Sound area may be spending up to $1.06 billion.

Seattle’s homeless population is up 44% in two years to 5,500. The Seattle Times claims that Seattle has a higher concentration of homeless than New York and Los Angeles.

New York, Los Angeles, Washington D.C., Portland, Seattle and the Bay Area are responsible for much of the national growth in homelessness. Activists blame the crisis on soaring real estate prices. While those are some of the most expensive cities in the country, they’ve been that way for quite some time.

Rapid gentrification may catch local residents by surprise in cities with more recent booms. But no one is likely to be surprised by the cost of living in the Bay Area, Los Angeles or New York City. And those cities are also dedicating the most resource to fighting homelessness while only making the problem worse.

The statistics on homelessness are full of such curious mysteries. Why do New York and California have more homeless people than 30 states combined?

The pattern is political. And lucrative.

Social crises justify huge spending and expansions of the government. The homeless crisis is largely a problem in lefty cities where it’s heavily subsidized.

Homelessness statistics often come from the very agencies that are being glutted with cash to fight the problem. Worse still, many of the counts are being carried out by volunteers. Verification is chancy. Billions are being spent on a problem whose growth and scope is being charted by the self-interested.

The billions being poured into solving the problem are going everywhere but to the homeless.

In Los Angeles, the billions in tax hikes going to build homeless housing are being spent on units that cost an average of $479,000 per unit. At that rate, it would take $15 billion to house all the homeless.

That’s 150% of the entire budget. And by then the population would have doubled.

The building boom is going on even though Los Angeles County already has plenty of beds in shelters that aren’t being used. Anyone who travels downtown can see homeless encampments rising around homeless shelters. More than half of the Los Angeles Homeless Services Authority (LAHSA) shelters aren’t filling their beds. The average utilization rate is 78%. The problem isn’t a shortage.

Homelessness is largely a mental health and drug abuse issue. The issue isn’t a lack of housing.

But that hasn’t stopped cities like Los Angeles and New York from spending billions on housing programs that aren’t addressing the core issue of homelessness. But they were never meant to.

Homelessness is a manufactured crisis that funnels money to special interests, building up a social welfare sector of the government, while subsidizing and fueling the scale and scope of the problem

New York City is blowing through $1.1 billion to house the homeless in hotels introducing drug use and prostitution problems into luxury rooms. It’s building homeless shelters in neighborhoods that are protesting the crime and drug use such places bring. The overall plan to spend $2.6 billion to build 15,000 units to deal with the homeless crisis isn’t working very well.

The Department of Homeless Services is allowing shelters to name their own price for housing residents. Rates went from $78 per person to four or five times that. Housing the homeless runs to $328.58 a day at one shelter run by Samaritan Village, a major shelter provider. That’s the price of a luxury hotel room.

Samaritan Village, which runs much of New York City’s homeless shelters, is headed by Tino Hernandez, the former Deputy Commissioner for Adult Services at the Department of Homeless Services. Since Hernandez took over at Samaritan, an investigation revealed that its DHS contracts went up 590%. Meanwhile, Samaritan has been troubled by allegations of abuse and misappropriation of tax funds.

Meanwhile on the other side of the country, the Los Angeles Homeless Services Authority was using money intended for the homeless to buy its employees $165 hiking boots and an antique brass table.

The homeless crisis is a river of money that flows to the politically connected who have no interest in solving it, but a great deal of interest in perpetuating it. Dubious statistics, misleading reports, tax hikes and sweetheart deals are used to mobilize an institutional solution that only worsens the problem.

It’s a scam that runs easily into the billions while destroying lives and communities.

‘Homeless’ is a fake political term that deliberately misstates the problem. The issue is mostly not a lack of housing, but some combination of mental illness and drug use that make it difficult to maintain residential status. There are ordinary people who are genuinely homeless, and the media makes a point of highlighting their stories, but homelessness is mostly not a problem of housing, but of treatment.

While the media tells only one side of the story, it’s the mentally ill and the severe addicts who are the public face of the homeless crisis that the residents of major cities encounter every day. It’s these sights that move them to approve of spending hundreds of millions and even billions of dollars on programs that they believe will remove the horrible sights that they’re seeing from public view.

And that incentivizes the social welfare system and its allied activists to worsen the problem so as to squeeze more money out of taxpayers. Every budget increase means more homeless on the street, more street crime, drug use, and random abuse. Funding the system isn’t the solution, it’s the problem.

The homeless crisis is a billion dollar scam. It isn’t being solved. It’s only getting worse.