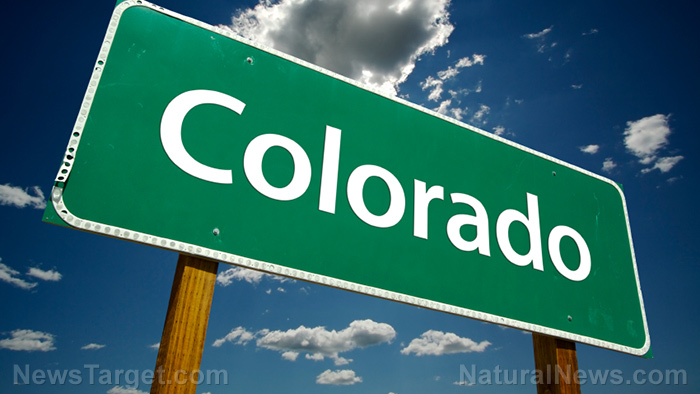 (Natural News) Residents of Colorado’s Weld County have launched an effort to re-assign it as a part of Wyoming. According to an advocate of the secession, Weld County’s jurisdiction will be moved to the state located above Colorado. He explained that this would involve re-drawing state lines to exclude the county from Colorado and include it within Wyoming’s borders. The county’s proposal to secede arose from the state’s opposition to three major economic drivers – small businesses, agriculture and oil and gas.

Richards said during a November 2020 meeting that he got the idea to secede back in 2019, after reading an op-ed piece in The Denver Post. He subsequently pursued the idea by means of a Facebook page.

In the meeting, which was posted on YouTube, Richards said: “We’re going to move [the] county to a different state. We’re not really moving. We’re just moving a line.”

This would involve re-drawing state lines to exclude Weld County from Colorado borders, he explained. The county with a population of more than 324,000 would then be included as a part of Wyoming – just above its former state. He remarked: “Can this be done? Yes, it can be done. Is it going to be easy? No.”

A pastor who joined the November 2020 meeting explained why Weld County ought to secede from Colorado and join Wyoming. “We live in a state [that] is no longer a minister to us for good. The state of Colorado is at war with three major economic drivers for Weld County: small businesses, agriculture and oil and gas.”

Weld County’s decision to break away faces some opposition

Not everyone agrees with the move to secede from Colorado. A number of officials expressed their opposition to Weld County breaking away and joining its northern neighbor.

Greeley City Council Member Tommy Butler told KDVR-TV that he “absolutely loved living” in the state. He continued: “For those that don’t love living here, there are certainly less ridiculous ways of moving to Wyoming.”

Mayor Jennifer Carroll of Erie, Colorado said in a statement that she respected the process of putting the secession question to a vote. But she noted that if Weld County residents do wish to join Wyoming, “a lot of considerations” would have to be kept in mind – such as different kinds of taxes and water rights. Carroll nevertheless promised to “help residents discover the risks and benefits of such a measure” in her capacity as mayor.

Wyoming’s current population is about 579,000 individuals. If in case Weld County did join Wyoming, the state’s population would increase by more than half.

Weld County also led an earlier move to break away from Colorado. The Longmont Daily Times-Call reported back in June 2013 that the county’s commissioners aimed to form a new state with 10 other counties in the state’s north. At least six counties – including Yuma, Morgan, Kit Carson, Sedgwick, Phillips and Washington – had expressed their interest to be part of the proposed North Colorado state. “We’ve had counties in Kansas and Nebraska say they’re interested too. This could become a multi-state initiative,” then County Commissioner Doug Rademacher said at that time.

Rademacher and other county commissioners claimed the Colorado state legislature had repeatedly ignored the northeastern portion. This left the counties with three choices: Keep working in a system that ignored them, join a neighboring state or have northeastern Colorado forge its own path. However, the effort failed after it passed in only five of 11 Colorado counties where it appeared on the ballot.

Just like Weld County breaking away from Colorado, Texas is also considering secession from the Union

Prior to Weld County proposing a break from Colorado, Texas expressed its intent to secede from the union in early December 2020. State Rep. Kyle Biedermann told supporters that he intends to file a bill that allowed for a referendum on secession. According to the lawmaker, the federal government “is out of control and does not represent the values of Texans.”

According to local television station KSAT 12, Biedermann said his proposed bill aligns with the Texas Constitution, which states that Texans “have at all times the inalienable right to alter, reform or abolish their government.”

The state legislator representing Fredericksburg made good on his promise in late January, filing HB 1359 or the Texas Independence Referendum Act. According to the bill, residents of the Lone Star State would vote whether Texas should leave the U.S. and “establish an independent republic” in a November 2021 referendum. Biedermann said in a statement: “This act simply lets Texans vote. This decision is too big to be monopolized solely by the power brokers in [the] Capitol. We need to let Texans’ voices be heard.”

CivilWar.news has more news about secession in different states such as Texas and Colorado.