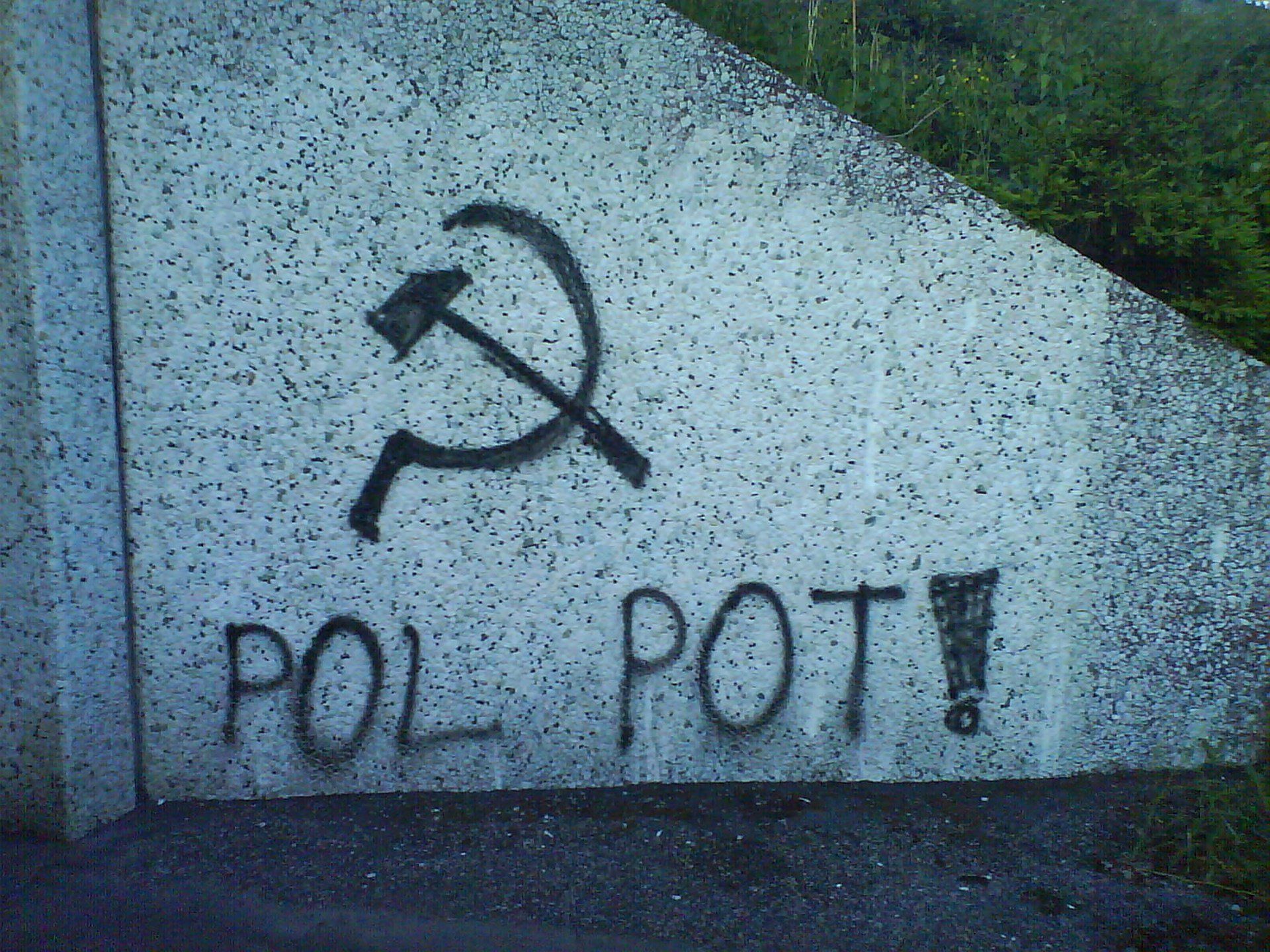 The contents of a nation’s constitution, its most supreme law, ought to be composed with care and precision and implemented with scrupulous fidelity. Otherwise, there’s not much point in having one.

Imagine a board game (like “Scrabble,” “Monopoly,” or “chess”) that came with these instructions: “There are no rules to this game. Do whatever you want.”

It would be unplayable. Or, the guy with the biggest gun, mouth, or muscles would make some rules up and you’d play the game the way he told you to.

In an article last January, I wrote about the importance of a sound constitution and the stupidity of one of the most odious ones in the world today—that of North Korea. If there were an award for Worst Constitution of All Time, however, the frontrunner would surely be that of Cambodia under the Khmer Rouge communists from 1975 to 1979.

The top officials of the Khmer Rouge leadership weren’t ignorant, backwoods hillbillies. They were steeped in Marxist socialism and “well-educated” in universities in Phnom Penh, the Cambodian capital, and in Paris. Several earned doctorates, in fact. They took their inspiration from Mao’s gruesome Cultural Revolution and regarded Enver Hoxha’s iron-fisted Albania as the ideal egalitarian enclave. In the 1950s, ‘60s, and early ‘70s, they were sipping coffee in Paris cafés as they argued about how many peasants could be made to dance on the head of a centrally-planned pin. They were Antifa before Antifa.

The most infamous of the Khmer Rouge kingpins was Pol Pot. After attending elite schools in Cambodia, he headed to Paris for his taxpayer-financed “higher” education. While ensconced in the French capital from 1949 to 1953, he steeped himself in the scribblings of Marx, Stalin, Rousseau, and Mao. When Pot and his Khmer Rouge pals finally took power in Phnom Penh in 1975, he became prime minister and one of the prime architects of the notorious killing fields for which the Oscar-winning 1985 film was named.

During the four years the constitution was in effect (1976-1979), the Khmer Rouge deliberately slaughtered at least a half-million of the nation’s people and put policies in place that led to the deaths of at least a million more through starvation and disease. I wrote about the regime’s crimes and a famous Cambodian I personally knew.

You might not think that the most hideous and genocidal despotism of the late 20th century would bother with a constitution at all, but it did. Here’s a brief look back at what a tragic joke it was. I’ll cite portions verbatim and provide a short commentary for context.

At less than 1,500 words, including a rambling preamble, the constitution read as though the author’s orders were “Slap something together quickly and get it over with.” Or maybe the author was just one of the slower learners in his Parisian political science class.

…desire a national society informed by genuine happiness, equality, justice, and democracy without rich or poor and without exploiters or exploited, a society in which all live harmoniously in great national solidarity and join forces to do manual labor together and increase production for the construction and defense of the country.

I’m sure the vast majority of Cambodians did indeed desire happiness, equality (some form of it, anyway), justice, and probably some say in their government. They received none of those things under the brutal, authoritarian, one-party state of the Khmer Rouge.

I doubt that many Cambodians favored exploitation, but they were subjected to more of it than most people in history—all for the glory of the collective, which meant the state. Under Pol Pot, they certainly performed more manual labor than ever before, but the result was abject poverty and a massive decline in production.

Chapter One of the constitution defined Kampuchea as “a State of the people, workers, peasants, and all other Kampuchean laborers.” These radical socialists were killers, so it shouldn’t surprise anybody that they were liars, too. But being socialists, they probably convinced themselves without much intellectual struggle that they were indeed a state comprised of the very people they were killing. Karl Marx would approve. This is the vaunted “dictatorship of the proletariat” he looked forward to.

Chapter Two was titled “The Economy.” That’s a pretty big thing, consisting as it does of millions of trades and transactions. The Khmer Rouge boiled it all down to just 30 words:

That’s it. Even Alexandria Ocasio-Cortez’s Green New Deal boasts about 2,000 words—and it seeks to put government in charge of most everything and retrofit your house at the same time.

What about the part that says “property for everyday use remains in private hands.” Sounds reasonably generous, right? Forget it. It meant nothing. In Khmer Rouge Cambodia, state officials’ right of eminent domain extended to whatever they wanted to steal “for the people.” And you can bet that the last thing a Cambodian citizen would want to do is try to sue them over it. In the absence of meaningful private property protection, you’re nothing more than a slave.

The two-sentence Chapter Three addresses the government’s “Culture” policy, which it describes as “popular, forward-looking, and healthful” for the purpose of building “an ever more prosperous country.”

Maybe you’re beginning to wonder if socialism should be evaluated more on its actual means (force) or results (disaster) than on its promises. You’d be precisely right.

The title of Chapter Four, “The Principle of Leadership and Work,” is almost as long as its contents, which consist of a single sentence: “Democratic Kampuchea applies the collective principle in leadership and work.” A lot of socialists around the world will read that and think, “Oh man, collectivism! We know what that is, and we’re all for it!” Everybody else will understand instinctively that it means “The people will do as we tell them because we are the state and we speak for the people. Or we kill them.”

Chapters Five, Six, Seven, and Eight discuss the various legislative and executive positions of the government. No real details, just the broadest generalities. Basically it all reduces to “we’re in charge, so don’t ask how we’re going to do the people’s work.”

Oh, there’s this little provision in there I almost forgot:

Dangerous activities in opposition to the people’s State must be condemned to the highest degree. Cases are subject to constructive re-education in the framework of the State’s or people’s organizations.

Did they get that from Oberlin College or UC Berkeley?

More fatuous hooey adorns Chapter Nine, “The Rights and Duties of the Individual.” There we learn that “Every citizen is guaranteed a living,” “All workers are the masters of their factories,” and “There is absolutely no unemployment in Democratic Kampuchea.”

Wow. No unemployment! Is this Keynesian stimulus on steroids? Not really. It just meant you had to work or be removed from the workforce—at gunpoint.

Speaking of guns, do you suppose the rights of the people under the Khmer Rouge included the right to bear arms? Sorry, I know that’s a really dumb question. Snopes.com looked into it and reported:

According to the Small Arms Survey of the Graduate Institute of International Studies, the Khmer Rouge went about disarming the Cambodian public—and arming itself—via a program of gun confiscation.

The Khmer Rouge regime eliminated the previous elite, and in the process effectively ended private gun ownership. Memoirs of the time provide accounts of how Khmer Rouge cadres confiscated firearms along with watches, motorbikes, and foreign currencies during the first days of the takeover of power in Phnom Penh (the capital). During the rule of the Khmer Rouge, all private firearms were moved from private ownership into the stockpiles of the regime.

Reactionary religions (undefined) which are detrimental to Democratic Kampuchea and Kampuchean people are absolutely forbidden.

There’s really no reason to go on with this. What’s left of this ghastly excuse for a constitution is not enlightening. So let me close with this provocative but true summation by Vincent Cook in an article titled “Pol Pot and the Marxist Ideal”:

…we should never forget that the killing fields of Cambodia will stand forever as a grotesque monument to egalitarianism, and take heed that those who preach the egalitarian gospel of envy are, whether they know it or not, apostles of Pol Pot.

Lawrence W. Reed is President Emeritus, Humphreys Family Senior Fellow, and Ron Manners Ambassador for Global Liberty at the Foundation for Economic Education. He is also author of Real Heroes: Incredible True Stories of Courage, Character, and Conviction and Excuse Me, Professor: Challenging the Myths of Progressivism. Follow on Twitter and Like on Facebook.