It is really hard to “shelter-in-place” when you don’t have a home at all.  Prior to this pandemic, there were more than half a million homeless individuals in this country, and now that the economy is utterly collapsing that number has undoubtedly been pushed even higher.  Without the protective bubble of a home to escape to, homeless Americans are particularly vulnerable to COVID-19, and authorities all over the nation are racing to get them off the streets.  But stuffing them all in shelters is definitely not the answer, because once the virus gets into a shelter it can start spreading like wildfire.  Just check out what has been happening in San Francisco…

At one of the largest homeless shelters in San Francisco, California, 70 people tested positive for the coronavirus, officials said.

Mayor London Breed announced on Friday that 68 homeless people and two staffers of the MSC South shelter contracted the coronavirus and have been placed in quarantine at the facility.

Officially as of Sunday, 23 shelter residents have died in hospitals, among them 14 men and two women from assessment centers and shelters for single adults where multiple, unrelated people share rooms, according to the Department of Homeless Services.

And 371 people from shelters had tested positive for the virus, about 80 percent of them from the single-adult facilities, though those adults represent less than a quarter of the homeless population. The rest are mostly families who often stay in studio-like units by themselves.

Some cities are starting to move the homeless into hotels on a temporary basis, and that will hopefully help.

But of course many among the homeless are fiercely independent, and even if they are in hotels at night it is likely that they will be continuing their normal social patterns during the day.

And in a densely packed urban environment, one “super spreader” can spread this coronavirus to countless others very easily.

It isn’t an accident that New York City has become the epicenter for this global pandemic, and now other urban communities across the nation are becoming hotspots as well.

For example, so many coronavirus victims are dying at one hospital in Detroit that authorities are running out of space for all the dead bodies…

Harrowing photos allegedly taken at a Detroit hospital where coronavirus patients have died in emergency room hallways show bodies stored in vacant rooms and piled on top of each other in a mobile morgue, CNN reports.

An emergency room worker at Sinai-Grace Hospital shared the shocking images with the outlet, which published them on Monday.

Sadly, we are likely to see scenes like this all over the U.S. as this pandemic rolls on.

But even after everything that has already transpired, a lot of people out there are still not taking this virus seriously.  I don’t understand this, because the reality of what we are facing should now be clear to everyone.

Personally, I was deeply saddened when I heard that one woman in Michigan lost her husband and her only child “in a span of three days”…

A Michigan woman lost her entire family to coronavirus as her husband and her only child died within days of each other, according to a report.

“There’s not even a word created to describe my pain. It’s unimaginable,” she said.

Yes, if you catch this virus there is a better than 90 percent chance that you will survive.

But if you are poor, don’t have a lot of resources and haven’t been eating a healthy diet, your odds go down significantly.

In recent days we have seen an alarming escalation in the number of confirmed cases in both South America and Africa.  If this virus starts hitting those two continents as hard as it has already hit the U.S. and China, the consequences could be absolutely catastrophic.  The following bit of commentary comes from Scott Minerd of Guggenheim Investments…

The emerging markets soon will be hit very hard by the global pandemic. The pandemic will be followed by goods and food shortages, and social unrest. Before the virus hit them directly, EM countries had already been adversely affected by falling commodity prices and the economic impact of the shutdown in China and other parts of the developed world. Most EM countries have very weak healthcare systems, nowhere near enough hospital beds and respirators, crowded cities and slums, and large numbers of workers in the economy who are paid daily wages or work in the informal economy and can’t work remotely. For many EM countries, this pandemic will quickly escalate from a health crisis to a humanitarian crisis, and ultimately to a solvency crisis. Political stability will be the last domino to fall.

When you are living in utter poverty and are barely surviving from month to month, you can’t just hop on a laptop and “work from home”.

In many parts of the globe, “sheltering in place” just isn’t going to work, and their healthcare systems are simply not designed to handle a pandemic of this magnitude.

So I honestly do not know what they are going to do.

Here in the U.S., people are getting very, very tired of being confined to their homes, and efforts will be made soon to get people back to work.

But that could just spark another “wave” of new cases, and authorities may ultimately decide that more temporary shutdowns are necessary.

In fact, one Fed official is actually warning that we could potentially be facing “rolling shutdowns” for the next 18 months.

So no, the truth is that this crisis is not going to be resolved any time soon, and what we have experienced so far is just the tip of the iceberg.

As long as there is still one person in your community with the virus, a major outbreak could erupt at any moment.  This virus spreads from person to person with exceptional ease, and those that catch it can be spreading it around for quite a while before any symptoms start manifesting.

This pandemic has turned all of our lives upside down, and life is not going back to normal any time soon.

This virus will slowly but surely run through most of the population and hopefully most people will eventually have at least some immunity to it, but until that day arrives we are in for quite a battle.

About the Author: I am a voice crying out for change in a society that generally seems content to stay asleep. My name is Michael Snyder and I am the publisher of The Economic Collapse Blog, End Of The American Dream and The Most Important News, and the articles that I publish on those sites are republished on dozens of other prominent websites all over the globe. I have written four books that are available on Amazon.com including The Beginning Of The End, Get Prepared Now, and Living A Life That Really Matters. (#CommissionsEarned) By purchasing those books you help to support my work. I always freely and happily allow others to republish my articles on their own websites, but due to government regulations I need those that republish my articles to include this “About the Author” section with each article. In order to comply with those government regulations, I need to tell you that the controversial opinions in this article are mine alone and do not necessarily reflect the views of the websites where my work is republished. The material contained in this article is for general information purposes only, and readers should consult licensed professionals before making any legal, business, financial or health decisions. Those responding to this article by making comments are solely responsible for their viewpoints, and those viewpoints do not necessarily represent the viewpoints of Michael Snyder or the operators of the websites where my work is republished. I encourage you to follow me on social media on Facebook and Twitter, and any way that you can share these articles with others is a great help.  During these very challenging times, people will need hope more than ever before, and it is our goal to share the gospel of Jesus Christ with all many people as we possibly can. 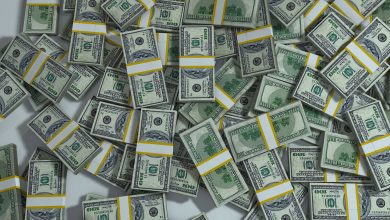 We Should Be Shocked By What Inflation Is Doing To Home Prices, Because We Have Never Seen This Before 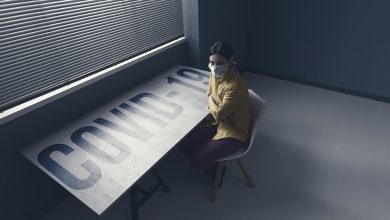 Rhodes College announces plan to profile and discriminate against unvaccinated students, fine them $3,000 per year 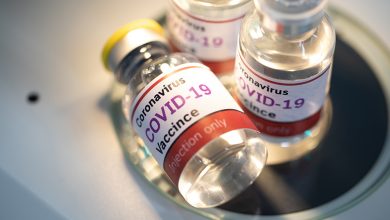 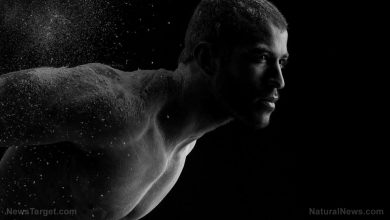 Hunter’s Laptop Reveals His Use Of Another Racial Slur — This Time, It’s About Asians
June 17th, 2021 The Lid
Powered by WordPress RSS Feed Plugin
PowerInbox 5×1
You Might Like