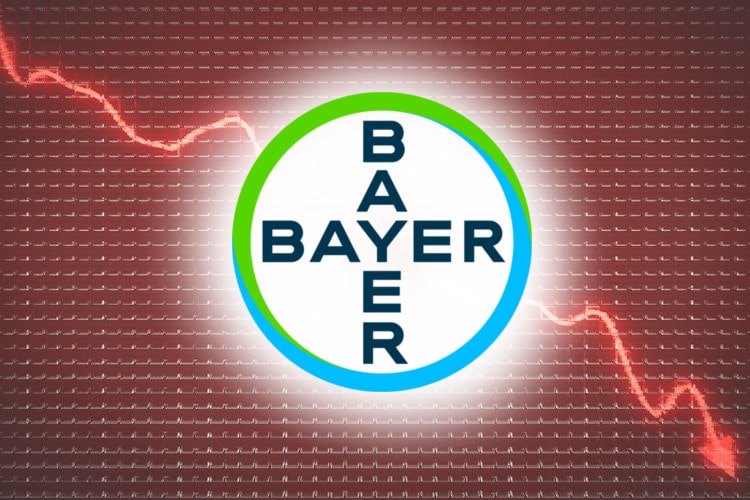 In August of 2018 stock prices for Bayer, the company that now owns Monsanto, took a nosedive after a California judge awarded defendant DeWayne Johnson $289 million in damages.

From 2012 to 2015 Johnson was a school groundskeeper for the Benicia unified school district in California where he regularly applied Monsanto’s herbicide Roundup (glyphosate) to the property. In 2014 he was diagnosed with non-Hodgkin lymphoma (NHL), and claimed that Monsanto knowingly hid the carcinogenic effects of the product from consumers. The defendant’s law firm noted Monsanto’s actions had amounted fraud and malice.

The Media Relations personnel of the law firm of Baum, Hedlund, Aristei & Goldman, PC emailed me at 6:20 PM Friday, August 10th, the verdict rendered by the jury in the 8-week trial whereby “the jury found unanimously that Monsanto’s glyphosate-based Roundup weed killer caused Mr. Johnson to develop NHL, and that Monsanto failed to warn of this severe health hazard. Importantly, the jury also found that Monsanto acted with malice, oppression or fraud and should be punished for its conduct.” [Source]

After the verdict, analysts estimated that Bayer was facing a potential $800 billion in settlements for thousands of other similar cases pending against Monsanto. Since then, Bayer’s stock has continued to fall significantly.

In October another California court cut the $289 million penalty to $78 million, but a precedent had already been set, and now lawyers around the country are gearing up for massive class action lawsuits against Bayer.

A google search for ‘lawsuits against Monsanto, or something similar yields rather interesting results, with the top returns being advertisements from law firms or organizations set up to capitalize on the coming tidal wave of profits to be made from suing Bayer.

In this one, the top five results are ads generating leads for law firms, pointing out just how competitive this emerging opportunity is becoming.

In other words, the sharks smell blood in the water and are circling. Law firms are using internet marketing, fancy user-friendly landing pages, call centers, and advertising in order to recruit plaintiffs so that they can cash in on suing Bayer. This is looking to be the next big tobacco, say some.

Glyphosate, the active ingredient in Monsanto’s marquee product, Roundup, is coming under fire from hundreds of legal challenges across the U.S., with individuals alleging that the herbicide is carcinogenic and linked to cases of non-Hodgkin lymphoma.

Whether the cases pay out for plaintiffs remains to be seen. But at the very least, they represent a big opportunity for litigators, with some thinking “glyphosate” could become a legal buzzword on par with asbestos.

“They certainly do see these Roundup cases as following the trajectories of asbestos, PCBs, and tobacco,” said Carey Gillam, a director of the consumer group U.S. Right to Know, who is following the cases and has researched Monsanto for years. “They see thousands and thousands of potential plaintiffs, not just in the U.S., but around the world.” [Source]

The following notice from one firm sums up the movement:

“As has been suspected for decades, the weed killer, Roundup, may be lethal to more than merely weeds.

After more than four decades in use as a weed killer across the globe, internal Monsanto documents have surfaced that show Monsanto has known for years that Roundup could cause cancer.

If you have developed non-Hodgkin’s lymphoma, b-cell lymphoma, leukemia, or other forms of cancer after using the weed killer, Roundup, contact us immediately or call…

You may be eligible for compensation.

We are investigating class action claims against Roundup’s manufacturer, Monsanto. Thousands of Roundup users are filing lawsuits alleging that they have developed many forms of cancer and other life-altering health conditions as a result of using Roundup.” [Source]

Furthermore, a federal judge overseeing related lawsuits against Bayer has just allowed controversial pieces of evidence against Monsanto to be seen in court, a move that would prove disadvantageous for Bayer.

U.S. District Judge Vince Chhabria during a hearing in San Francisco federal court called his decision “probably most disappointing for Monsanto,” the Bayer unit that manufactures the world’s most widely used herbicide.” [Source]

Such brewing pressure on the world’s most notorious company is also finally having an effect on retailers desire to sell Roundup and other glyphosate products in their stores. Just recently Costco signaled to activists groups that it may soon be eliminating these products from all of its thousands of stores.

This article (The End is Near for Monsanto as Lawyers Everywhere Gear Up for Massive Class Action) originally created and published by Waking Times and is published here under a Creative Commons license with attribution to Alex Pietrowski and WakingTimes.com.