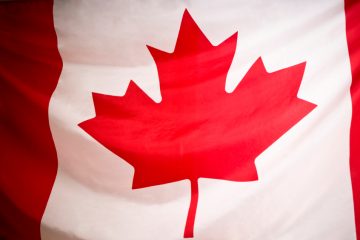 Canada’s socialized health care is a failure, as measured against the service the government promised to provide. Tom Kent, the senior government policy person when the Medical Care Act was passed in 1966, described the government’s objective : “The aim of public policy was quite clearly and simply … to make sure that people could get care when it was needed without regard to other considerations.”

However, according to a Fraser Institute survey, the median waiting time for patients in Canada from a referral by a general practitioner to the date of actual treatment, was 19.8 weeks in 2018, compared to 9.3 weeks in 1993. Waiting for treatment has deadly consequences: “Justices of the Supreme Court of Canada have noted that patients in Canada die as a result of waiting lists for universally accessible health care.” The Fraser Institute “estimates that between 25,456 and 63,090 … Canadian women may have died as a result of increased wait times between 1993 and 2009.”

When the price of something falls, all else being equal, demand rises. Since socialized health care is funded with debt and taxes, the price at the point of service is zero, and demand explodes. Supply must be rationed because it can never keep pace with demand at a zero price. The government was fully aware of this basic economic principle in 1966. Its promise to provide care “when it was needed” was always a fake promise, a pretense for expanding the power and scope of government at the expense of thousands of dead Canadians.

Each year, the state forces you to purchase a product which you may not want or need, for a price which it dictates, raises, and confiscates annually. Then, the state often refuses to deliver the product without refunding your purchase price, while forbidding you from purchasing a replacement product elsewhere within its jurisdiction.

Kent described the impetus to universal health care : “… many poorer people just did not get care when it was needed.”

In an imperfect world, it is probably true that some people did not receive care when it was needed. However, the increasingly poor performance of socialized health care gives us reason to doubt whether more people lacked access to care under a private system, than under the current system. Former U.S. Congressman Ron Paul, a medical doctor by trade, wrote:

“Before those programs [Medicare, Medicaid] came into existence, every physician understood that he or she had a responsibility toward the less fortunate, and free medical care for the poor was the norm. Hardly anyone is aware of this today, since it doesn’t fit into the typical, by-the-script story of government rescuing us from a predatory private sector.”

“… thousands of privately funded charities provided health services for the poor. I worked in an emergency room where nobody was turned away for lack of funds.”

The Canadian experience mirrors the U.S. experience described by Paul.

In the early 20th century, medical care was private, and many Canadians contracted with doctors to provide annual medical care at a cost of one day’s wages.

Let’s consider a household of two working parents with two children, and conservatively (high estimate) assume this household had a median income of $100,000 in 2018. Annual income (260 working days) converts to $385 daily income or $193 per worker. Therefore, the cost of socialized health care for each parent is about 23 working days ($4,389 / $193), or about 1 calendar month. And between them, they must work another 46 days to pay for their children’s health care.

The cost of socialized health care in 2018 was twenty-three times the cost of private health care in the early 20th century, measured by how long a person must work to pay for health care. (Again, I am being conservative by not including private costs in 2018 for dentists, alternative practitioners e.g. naturopaths, prescription drugs, private health insurance for non-hospital/physician services, etc., all of which would raise the per capita cost by roughly 50% )

A common objection to this analysis goes something like this: “The high price of health care is not caused by the government’s monopoly. Rather, it reflects the rising cost of modern medical technology.” This argument is unconvincing. There are many complex products — e.g. computers — where competition and technological innovation produce lower prices. Indeed, this is typical of unhampered markets.

Competition in the medical-care-market has been restricted — thereby raising prices — by politicians, bureaucrats, and the elitist medical establishment for so long that we have forgotten the lessons of our ancestors, who were not fooled by attempts to impose licensing criteria. As Ronald Hamowy wrote in Canadian Medicine, A Study In Restricted Entry (p 125):

“Despite the actions of the College to suppress unregistered physicians, the public continued to firmly oppose prosecution of these practitioners throughout the nineteenth century. Nor did they believe the College and the medical journals when they insisted that their campaign against “quacks” was designed to separate … educated from unqualified physicians.”

“… many, especially poorer, Canadians persisted in consulting unlicensed physicians, whose fees were lower and who appeared no less competent in prescribing medications than did their registered brethren. The profession’s attempt to suppress these doctors was not motivated out of a selfless interest in improving the quality of medical care offered the public, but out of a desire to lessen competition, which would in turn increase their incomes.”

Curiously, there were some principled politicians amongst our ancestors. In 1851, the medical establishment drafted a bill that would grant them the power of regulating, through licensing, the number of persons who would be legally permitted to practice medicine. Parliament rejected the bill, with one politician proposing a substitute bill, the opening paragraph of which read, in part (Hamowy, p 322):

“… experience has shewn that penal enactments have not deterred unqualified persons from practising Physic, Surgery, and Midwifery, but, on the contrary, such enactments have often had the effect of preventing benevolent persons, well qualified, from lending their aid to relieve physical suffering, and it is therefore expedient and proper to repeal such penal clauses as may exist in any Acts now in force in Upper Canada …”

The medical establishment eventually got what it wanted when principled politicians were relegated to minority status, where they remain today.

Voters, however, seem to believe the government’s performance is superior to that of market entrepreneurs. As long as they continue to ignore the wisdom of their ancestors, Canadian voters are ultimately responsible for the government’s fake promise and deadly stranglehold on health care.

Following a 23-year career in the Canadian financial industry, Lee Friday has spent many years studying economics, politics, and social issues. He operates a news site at www.LondonNews1.com