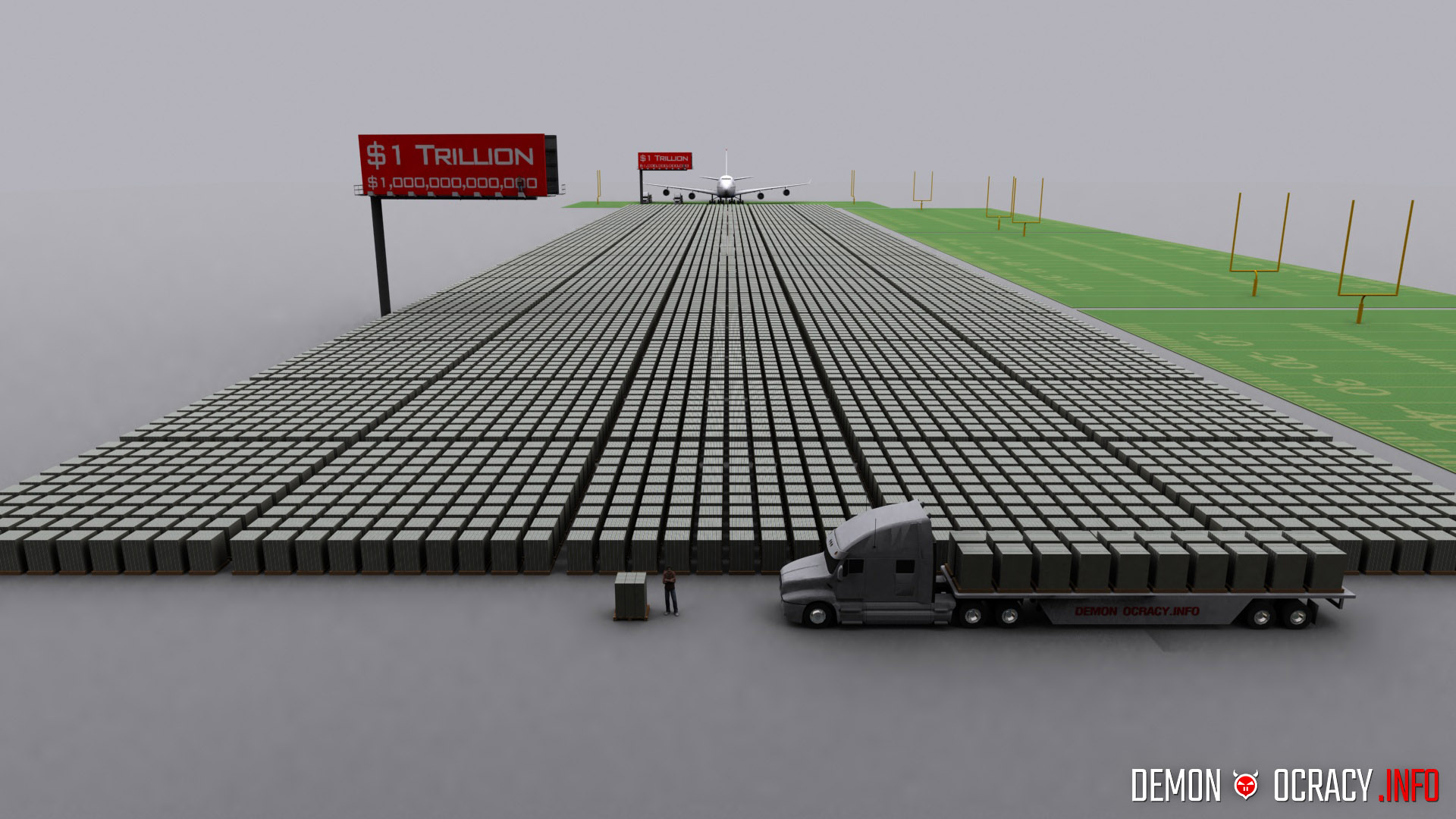 “If 1,000 US and global pension fund managers start asking questions it could change everything – like stopping a nuclear war.”

That’s a statement from former US Assistant Secretary of Housing and Urban Development, and now president of Solari, Inc., Catherine Austin Fitts, who is a financial analyst like no other in our time.

Among other feats, she has identified a giant sucking black hole in the US government. And what has disappeared down that hole is money. Over the years, at least $20 trillion.

If you’re a pension fund manager, stop reading this article and immediately switch over to these two articles from Fitts: “The State of Our Pension Funds” and “’FASAB [Federal Accounting Standards Advisory Board] Statement 56′: Understanding New Government Financial Accounting Loopholes”.

You could begin to see a blinding light that changes your mind and changes your approach to the staggering debt your fund is dealing with. And in the process, you could help lead the way to a peaceful revolution. A far-reaching revolution, in which wide-ranging prosperity, not doom, sits up the road.

As for everyone else, here are a few of Fitts’ quotes from her mind-repairing article:

“So what is the problem? If it’s not a problem for $21 trillion to go missing from DOD and HUD, and, [if] it’s possible [for the government] to come up with more than $20[plus] trillion to give or loan to the banks [in a bailout] — when there is no legal obligation to do so, and, when we [the government] can transfer trillions of the most valuable technology in the world to private corporations at zero cost to them and [at] great cost to the taxpayers, [then] I assure you that fixing whatever pension fund problem there is, is not difficult. However, the political will must exist and want to. That is the problem.”

“If we can print money to give $20 trillion [plus] to the banks, and, [if we can] let $21 trillion go missing from the federal government, [then] why is it a problem to print $5 trillion to fund the pension funds?”

Failing pension funds are on the hook for $5 trillion (see also this short article from 2010), and the federal government has no answer? Well, that is a supreme con job, because, as Fitts points out, the government is playing far larger money games without a shred of concern.

And this is just the beginning of the rabbit hole Fitts has been traveling for the past several decades. Here is her basic position: Prosperity for the many, not the few, is eminently possible and doable.

Starting from that premise, and deploying her relentless skills as an analyst, she has discovered the strategies the government and mega-corporations have been deploying to undermine and torpedo an economically healthy society.

Finding and illuminating these strategies was not her basic intent. Her basic intent was lifting all boats for the citizenry. In pursuing that course, she came upon the secret obstructions.

And because her desire to help people did not waver in the slightest, she didn’t turn away. She exposed the obstructions. She continues to do so.

She writes: “Family wealth has the distinct advantage of returning control of investment decisions to individuals. However, this is hardly what the US establishment wants.”

“Our planetary governance and financial system currently operates significantly outside of the law. Whether the cost of war, organized crime, corruption, environmental damage, suppression of technology or secrecy, this lawlessness – and the lawlessness it encourages in the general population – represents a heavy and expensive drag on all aspects of our society, our economy and our landscape.”

Fitts cites an example of corporate choices in this lunatic money scam—General Electric: “By some estimates, its pension fund is underfunded to the tune of $31 billion. However, during the time its pension fund became so underfunded, GE spent $45 billion to buy back its publicly traded common stock. The needed funds were there at one point; it’s just that the leadership of the company decided to funnel it into stockholders’ hands rather than to the pensions of the employees who helped build the company.”

Look around you. Money is everywhere. Titanic piles of it are flowing. The question is, to whom is it flowing, and how, and why? Within the current system, there are designated winners and losers. This has to do with criminal controllers posing as benefactors. They steer the money ship. They dump shipments of money at certain favored ports and keep shipments from reaching many other ports.

I know there are people out there who will say, “It’s all about the illegal Federal Reserve and the transnational bankers.” That’s like saying the drug problem is all about the Mexican cartels—but then, digging further, you also come across the expanding opium poppy fields in Afghanistan, the hands-off collusion in Chicago that permits the city to act as a primary hub for drug distribution in the US, the pharmaceutical companies that traffic millions of opioid pills to dealers, and the 2016 law that strangled DEA efforts to bust those companies.

The devil is in the details, and Fitts has uncovered an astonishing number of them.

I first came across her work about ten years ago, when we spoke several times about her specific method enabling local communities to discover money flows—the sources of money coming into their towns and cities, and the destinations of money going out. This brilliant tool would give communities the power to see exactly how money was impoverishing them, rather than enriching them. In an effort to make that tool widely available, thus pointing the way for communities to change those flows and foster local prosperity, Fitts ran into legal trouble with the federal government—and “trouble” is a vast understatement.

She emerged, after a long battle, with her primary goals securely intact.

She has answers and solutions.

Answers that are vital for our time.

Fitts was once an insider and had a front row seat at the money circus. Now, her ongoing enterprise is Solari, Inc. I highly recommend it to you.