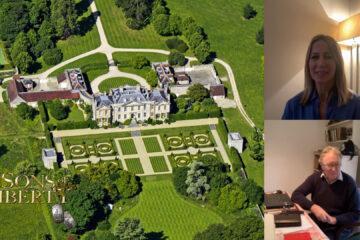 Years ago, Michelle Young had it all. She was a very shrewd businesswoman, who ran a successful fashion business. She married an entrepreneur and had two beautiful girls. When their marriage ended, she discovered that her husband was engineering his own bankruptcy. She ended up winning a significant judgment in her favor for a significant sum of money and property, but within a year, her husband fell from a fourth story window and as impaled on some railing. It was ruled a suicide even though everything pointed to foul play. This left the banks and the lawyers depriving her of what was rightfully hers…. all of it. Michelle and Anthony Stansfield, who was Police Commissioner for the Thames Valley, which covers Berks, Bucks and Oxon, join me in this episode to warn the people that it isn’t just happening to the wealthy and affluent, but to people from all walks of life. They are also set on a path to expose the criminal underbelly of the family court system and bring about justice.

Articles, videos, documents and links mentioned in this episode.

This Week Only, Through Saturday, December 25, 2021 At Midnight, Use The Promo Code WINTER20 And Get 2% Off Our You Can Run Winter Caps!

Kate Shemirani – On Trial Or Being Railroaded? (Video)

Statement by Anthony Stansfeld on the Michelle Young Case

Until May of this year I was the Police and Crime Commissioner (PCC) for the Thames Valley, a role I held for nearly nine years. During my time Thames Valley Police prosecuted, through the Crown Prosecution Service, the Reading HBOS Fraud. This fraud involved nearly £1Bn, though only £245m was used in the court case. The Serious Fraud Office and two other police forces had turned the case down. If TVP had not followed the complaints of a great many victims the crime would have gone unpunished. The defendants receives a combined prison sentences of 48 years. As PCC what became apparent to me was that the Reading HBOS case was part of a far wider ranging system of fraud being perpetrated through 3 major UK banks, and allied accountancy companies and legal practices.

The case of Michelle Young is symptomatic of frauds carried out against private individuals of wealth who seem to be picked for their vulnerability. A disproportionate number are woman. The bankruptcy case against her seems to be totally corrupt. There was no debt, the bankruptcy petition was never registered, the litigants against her were did not act in accordance with the Insolvency Rules, forged documentation was used, and lawyers were used who did not have the Right of Audience in the High Court. The considerable wealth owed to Michelle Young and her two daughters disappeared through nominee bank accounts. The trustees of her ex husband appear to have been complicit in both the bankruptcy against her and the disappearance of the assets she and her two daughters were entitled to. The violent death of her ex husband is still unexplained.

TRENDING: The Manufactured Emergency Is Here – The Power Grab Comes Next

Of all the great many cases I have looked at the Michelle Young case stands out as the sums of money involved are so large, and the bankruptcy against her so manifestly engineered to take over the wealth she was entitled to. I find it extraordinary that the London Metropolitan Police have never carried out any proper investigation into the death of her ex husband, or what happened to the considerable assets which he owned. Various Regulatory Authorities should have looked into this case as the sums claimed to have disappeared exceed £4Bn, most has been laundered abroad.

I am prepared to act as a witness in court in the class action on Michelle Young’s case and the seven other cases. I can produce the 26 files that cover these and other cases in which it is clear forged documentation and signatures have been used in courts to bankrupt and steal assets from not only those in the class action, but many hundreds of others,