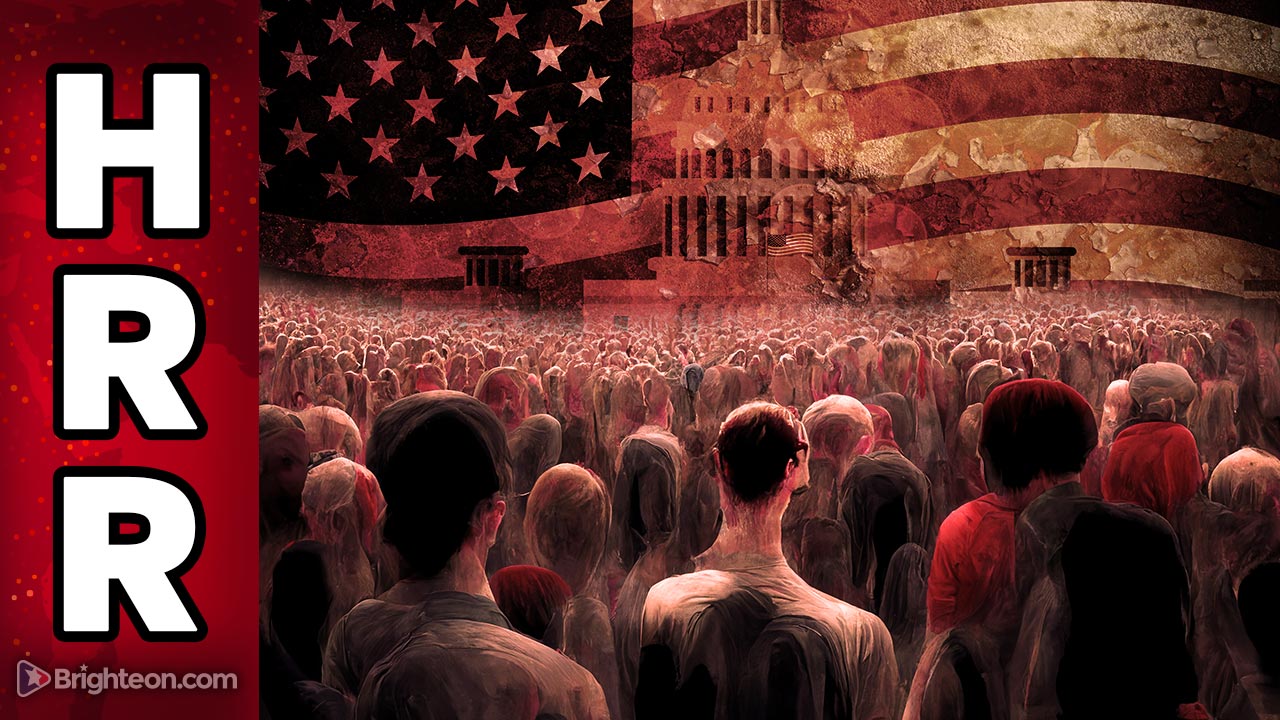 (Natural News) The western world is breaking down with stunning speed as all the lies, delusions, corruption and fake fiat money printing has reached a tipping point of collapse. Nothing works anymore. The governments of the world are criminal cartels that are deliberately dismantling food and energy resources necessary to keep half the human population alive. This coming winter, Europeans are going to starve and freeze to death in record numbers that hearken back to the Dark Ages, pre-electricity and pre-fossil fuels. North Americans won’t be spared either, as rolling blackouts and food scarcity will dramatically worsen in the coming months.

Food, fertility, energy, transportation and supply chains are all being taken down in a controlled demolition of the western world. And taking its place will be the rising BRICS nations (Brazil, Russia, India, China, South Africa and more to join soon) that control most of the world’s commodities, natural gas, oil, fertilizer and gold.

Western governments are waging genocidal wars against their own people

Informed Americans are fleeing US cities as lawlessness and violence take hold. The FBI and DOJ have been fully weaponized into a lawless crime cartel that terrorizes America’s conservatives. The CDC, FDA and WHO continue to push deadly “vaccine” shots that are killing people by the millions, and Big Tech — which we now know rigged the 2020 election by censoring the true story of Hunter Biden’s laptop — is pushing woke transgenderism while protecting groomers, child mutilators and abortion mass murderers.

The British Royal Navy just launched an aircraft carrier (the HMS Prince of Wales) that broke down just one day into a four-month mission. Apparently, one of the propellers (the “screws”) won’t work, and the multi-billion dollar vessel can only sail around in circles. Somehow, this is entirely fitting, given the insanity, corruption and incompetence of the not just the British Empire but the entire swath of Western European nations that now demonstrate pure incompetence and suicidal tendencies. No doubt there are plenty of transgenders, gays and lesbians on board the HMS Prince of Wales, but none of them can figure out how to make the propellers work. This is the perfect showcase of what western civilization has become: An incompetent, groomified Idiocracy of gender delusions and bureaucratic stupidity, pretending to still be a world power while their own people ready to be frozen and starved to death in a few months’ time.

It begs the question: How is NATO going to defeat Russia if they can’t launch an aircraft carrier that works beyond a single day? That same ship, by the way, has previously suffered ocean water flooding of the engine room, meaning the British can’t even build a modern ship that doesn’t catastrophically leak — something that even the ancient Vikings figured out centuries ago. Russia has nuclear-armed hypersonic missiles. The British Royal Navy has a gay aircraft carrier that barely floats and can’t sail, all while the British version of the Air Force has banned while males from flying aircraft from this day forward (seriously, it’s true). You do the math on where all this woketard insanity leads… and kiss the United Kingdom goodbye as a dominant political entity on planet Earth.

The yanks in America aren’t much better off, either. They have an economy running on debt fumes and the relic of the petro dollar which is soon to collapse into the history books as more financially solvent nations like Russia take the reins and lead world commerce for generations to come.

The continued suicide of the West knows no bounds. California recently banned the sale of new combustion engine cars and trucks beginning in 2035, even though California doesn’t — and won’t — have an electrical grid that can handle the charging of electric vehicles for the masses. Much like Europe is being thrust into the Dark Ages due to a deliberate dismantling of its energy infrastructure, California is intentionally trying to plunge its own citizens into a 19th century existence without automobiles.

Should the people there — whoever manages to survive the incessant death shots mislabeled “vaccines” — resort to horses and bicycles? The state has already banned gasoline powered chainsaws, lawnmowers and leaf blowers, making forestry work nearly impossible to accomplish. In a few more years, first responders won’t even be able to use gasoline vehicles to respond to emergencies… not that any police are going to stick around much longer in crime-infested cities like Los Angeles in the first place.

America and all of western civilization is crumbling at astonishing speed. Food, energy, transportation, election integrity, free speech, religious freedom, public safety and the currency itself are all eroding right before our eyes, all while brain-dead Biden claims that Republicans are “a threat to democracy.”

The total takedown of America has been the goal all along, of course, among Democrats who despise families, children and the rule of law. We now live in a nation where armed Antifa lunatics stand guard to protect trannies and child groomers — in the state of Texas, no less — while police are ordered to stand down and watch. If armed conservatives guarded a conservative speaker, that would be deemed an “insurrection” or an act of “extremism.” When armed Antifa guard transgenders and child groomers, everyone is told to just tolerate the insanity and let their children be indoctrinated by pedophiles and lunatics.

We have reached the last chapter of western civilization, and the collapse will be a living hell for everyone, including those who kept pushing for exactly what we’re seeing unfold. Sadly, we’ve been warning about all this in the alternative media for a long, long time. As they say, Alex Jones was right yet again, because he was warning about this outcome in the post 9/11 years of 2001 – 2010. Now, America is paying the price of not listening to the warnings… and it’s only going to get far worse from here.