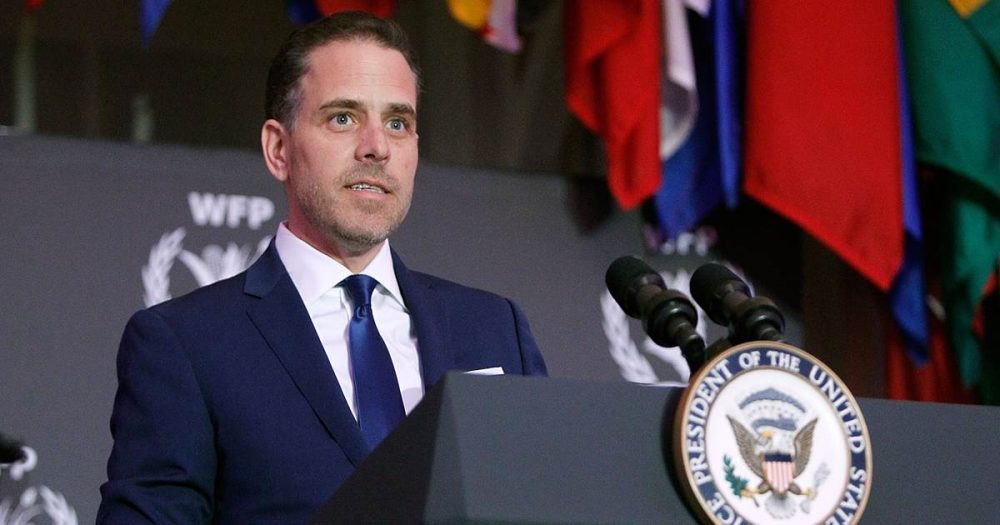 The IRS placed a tax lien on Hunter Biden seeking $112,805 in unpaid taxes from 2015, according to records the Daily Caller News Foundation obtained.

The federal agency issued the previously unreported lien in November 2018 and it seeks unpaid taxes for a year in which Biden, the son of former Vice President Joe Biden, served on the boards of the Ukrainian natural gas company Burisma Holdings and the Chinese private equity firm BHR Partners.

“We have made a demand for payment of this liability, but it remains unpaid,” the IRS stated in the lien notice, which it filed with the Washington, D.C., Recorder of Deeds. “Therefore, there is a lien in favor of the United States on all property and rights to property belonging to this taxpayer for the amount of these taxes.”

The tax lien was issued against Hunter Biden and his ex-wife, Kathleen Biden, but was delivered to the same address Hunter Biden has on file with Connecticut’s Judicial Branch, an address that is also linked to his law firm, Owasco PC.

It does not appear that Hunter Biden has resolved his tax debt to the IRS. No corresponding lien release form has been filed with the Washington, D.C., Recorder of Deeds.

Hunter Biden’s lawyer, George Mesires, did not return multiple requests for comment asking whether Hunter Biden’s unpaid taxes from 2015 were related to his work with Burisma or BHR Partners and whether the lien has been released.

Washington, D.C., also placed a tax lien against Hunter and Kathleen Biden for $48,929 in unpaid income taxes for 2015. Records show the city released the lien in August 2017.

Hunter Biden was appointed to the board of Burisma in 2014, a post he held until 2019. Hunter Biden did not receive any direct compensation from Burisma — rather, the Ukrainian company wired funds to Rosemont Seneca Bohai (RSB), an American firm controlled by Hunter Biden’s longtime business partner Devon Archer. Between June 2014 and October 2015, RSB wired a total of $708,302 to Hunter Biden each month for undisclosed purposes while RSB was receiving funds from Burisma.

During that 17-month time frame, in June 2015, Rosemont Seneca Bohai obtained a 20% equity stake in BHR Partners, the Chinese private equity firm that Hunter Biden served on the board of starting in 2013.

Hunter Biden announced in October that he would resign from BHR’s board by the end of that month, but Chinese business records the DCNF accessed on Dec. 29 still list him as a member of the firm’s board.

Kathleen Biden filed for divorce from Hunter Biden in 2016. She said in court documents that they faced a “shocking and overwhelming” amount of debts, including “maxed-out credit card debt, double mortgages on both real properties they own, and tax debt of at least $313,970.”

Kathleen Biden accused Hunter Biden of spending hundreds of thousands of dollars on “his own interests (including drugs, alcohol, prostitutes, strip clubs and gifts for women with whom he had sexual relations) while leaving the family with no funds to pay legitimate bills.”

They finalized their divorce in 2017.

The revelation that the IRS is seeking $112,805 in unpaid taxes from Hunter Biden comes as he’s the subject of an ongoing paternity case in Arkansas from former stripper Lunden Roberts, who’s seeking child support for their 16-month-old child.

Hunter Biden stated under oath in a Nov. 27 court document that he has been unemployed and has had no monthly income since May.

In a motion to compel discovery filed in December, Roberts said Hunter Biden has avoided his “natural and legal duty to support his child by failing to provide basic information about his income, finances, and lifestyle.”

“[I]t should, by now, be abundantly clear to the Court that the defendant is not going to provide any of his discoverable financial information unless the court forces him to do so,” the filing read.

Contributed by Andrew Kerr of The Daily Caller News Foundation.

Content created by The Daily Caller News Foundation is available
without charge to any eligible news publisher that can provide a large audience. For
licensing opportunities of our original content, please contact
licensing@dailycallernewsfoundation.org.