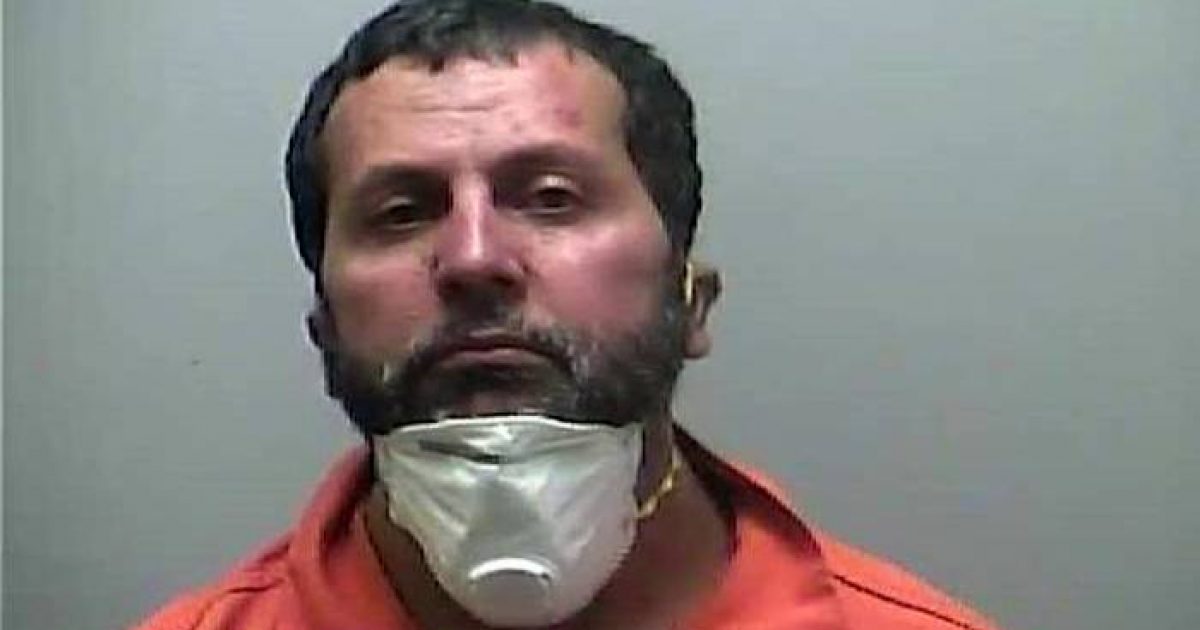 A Muslim migrant named Amor Ftouhi is on trial now for his June 2017 stabbing of police officer Lt. Jeff Neville at Bishop International Airport in Flint, Michigan. The case has, unsurprisingly, received hardly any establishment media attention, and that may be because it is such a quintessential example of jihad: Ftouhi screamed “Allahu akbar” as he stabbed Neville in the neck (as commanded in Qur’an 47:4, “When you meet the unbelievers, strike the necks”) and has since then made numerous statements making it abundantly clear that he stabbed Neville because of his Islamic faith. Hard to ascribe this one to “mental illness.”

He cried because he failed. “His mission was to kill and be killed.” Why was that his mission? Because the Qur’an promises Paradise to those who kill and are killed: “Indeed, Allah has purchased from the believers their lives and their properties, for that they will have Paradise. They fight in the cause of Allah, so they kill and are killed.” (9:111)

He didn’t kill, and he wasn’t killed, so he failed doubly. He did, however, try to fix one aspect of that: “Elreda told the court that Ftouhi asked Elreda to kill him multiple times during the interrogation.”

Elreda also recounted that Ftouhi “said there was significance in an international airport — that the whole world would see what he did. He wanted all the Muslims to see what he did — to not be afraid and to act against the enemy.”

MLive further reported that “Ftouhi told investigators he visited a few mosques in Flint before heading to Bishop Airport.” What? He visited mosques? But…jihad violence has nothing to do with Islam! Isn’t that what the “experts” always tell us?

Ftouhi also “wrote in the will that he has loved his wife for 20 years, but his love for Jihad was stronger. ‘This is what a Muslim is born for,’ Maryse Robert, a federal investigator with the Royal Canadian Police said Ftouhi’s will stated. ‘You have been a good wife for more than 20 years. My love for God Almighty and the jihad for his sake is greater. I suggest that you use the life insurance policy to return to Tunisia.’”

Where did Ftouhi get the idea that a Muslim was “born” in order to try to kill Infidels? Are “moderate Muslims” in Michigan going to visit him in prison and explain to him the true, peaceful Islam?

In reality, of course, what Amor Ftouhi believes is taught in numerous mosques all over the world. All the mainstream Islamic sects and schools of jurisprudence teach the necessity for Muslims to wage war against and subjugate unbelievers. Amor Ftouhi’s beliefs are not eccentric and didn’t spring from nowhere, but no Western authorities want to face the implications of that.

Ftouhi, MLive also tells us, “grew up in Tunisia and told federal agents he was in the North African country and celebrated following the Sept. 11, 2001 terrorist attacks in the United States.” When he was admitted to the United States, no one would have dared ask him what he thought of 9/11. The Hamas-linked Council on American-Islamic Relations (CAIR) would have immediately initiated an “Islamophobia” lawsuit, and the responsible official would have been publicly humiliated and probably lost his or her job.

A migrant. “Allahu akbar.” Striking the neck. Crying that his victim wasn’t dead. Wanting to leave an example for Muslims worldwide. Celebrating 9/11. Visiting mosques before his jihad attack. Saying a Muslim was born to commit acts of jihad violence. No wonder the establishment media won’t tell you about Amor Ftouhi.