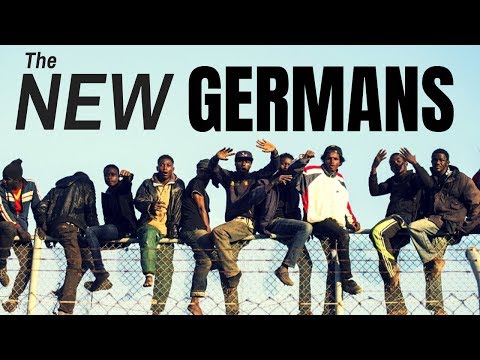 She and her pro-Muslim immigration counterparts have ruined Germany.

The damage done would take generations to fix, if it is even possible.

Germany has lost her cultural identity and has fallen to Islamic takeover.

This video has gotten half a million views since being published a year ago, and with good reason, it does a great job pointing out some unpleasant truths. Ever wonder why Merkel and EU Presidents Rompuy and Junker are proud recipients of the Coudenhove-Kalergi Society annual prize? No? Well, you’re about to find out!

Germany has been undergoing a direct attack on its native German population since the fall of the Reich in 1945, due in no small part to the plans of Richard von Coudenhove-Kalergi, Theodore Kaufman, and Henry Morgenthau Jr.

This video gives a brief, but thorough glimpse into the ideology of racial replacement, implemented by your favorite EU bureaucrats. Great clip of Nigel Farage delivering one of the great insults of political history to Mr. Rompuy, at the 1.44 minute mark. That alone makes this video well worth watching!

Share widely, these are facts people need to know.

Ever heard of The Kalergi Plan, before today?

The cultural suicide of Germany is no longer a conspiracy theory.

It is a reality.

Americans must pay attention to what is happening in Europe because the Muslim invaders’ plan for America is much the same.

It won’t be stopped with political correctness and bleeding hearts.

We must get tough on immigration NOW, before critical mass hits America as it has much of Europe.