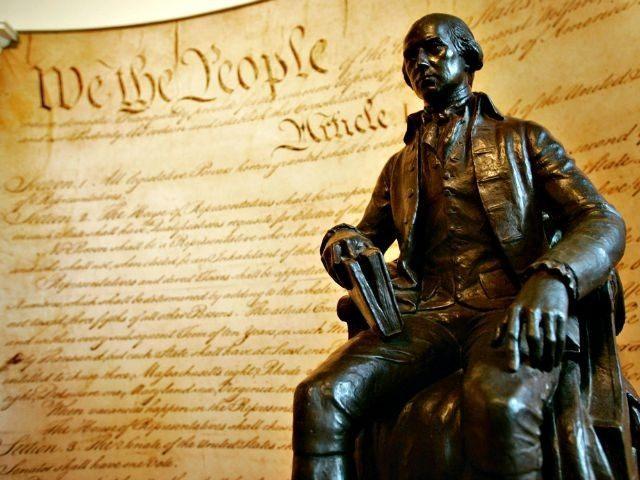 Leftists want you ashamed of your history. The academic Left has been working for decades to replace genuine American history with a farrago of tendentious nonsense designed to make Americans embarrassed to be American. Howard Zinn’s history of the United States and the 1619 Project are just two of these efforts. Those whom they have thoroughly propagandized will have no objection to their plan to “fundamentally transform” America. What one does not value, one will not defend.

In the face of this threat to our very survival as a nation, I did the only thing I know how to do: I wrote a book.

Advance copies of my latest book, Rating America’s Presidents: An America-First Look at Who Is Best, Who Is Overrated, and Who Was An Absolute Disaster, arrived yesterday, and it is available for preorder now. It is the first book I’ve published in 10 years that wasn’t about some aspect of Islam, and only the second out of 20 books I’ve written that doesn’t deal with some aspect of jihad, Sharia, and related issues.

Many people have asked me why, after writing so much about Islam, I’ve suddenly put out a book about American history — so many people that I thought it necessary to write a brief explanation for you, the readers of Jihad Watch, who have stuck with me and kept reading all these years.

The short answer is, I wrote about American history because I am an American, I love America, and we see in Seattle, Portland and elsewhere these days that all too many young Americans don’t love America at all, but hate it with a sinister passion and are determined to destroy it. And so, as an incomparably better writer than I once put it, these fragments I have shored against the ruins. This book is a small attempt to explain what made America great and what still makes America great, and why everyone who is blessed to live in this country should be proud and grateful for the gift of being able to live in the freest, most generous, most decent and equitable society that the world has ever known. The book evaluates each American President from an America-First standpoint, that is, using the simple criterion of whether or not their administration was good for America and Americans, in terms of national security, the economy, and yes, the moral character of the nation.

Rating America’s Presidents is no dry academic exercise, any more than the pulling down of statues of American heroes such as Abraham Lincoln, Ulysses S. Grant and Frederick Douglass by Leftist savages is an act of landscaping. It is a presentation of what we have to preserve and defend, and what the Left and the jihadis want to destroy. The Left is at war with America and so it is targeting American history. Its goal is to make Americans ashamed of America, ashamed of being American, ashamed of what America has done and stood for in the world. An ashamed, demoralized people will not fight to defend what it doesn’t even value itself. The Left’s war on our history is a battle for the very survival of our nation as a free society. Rating America’s Presidents is a weapon in that war, a tool to enable you to gain a fresh knowledge of and appreciation for the history of our land, so that you’ll be better equipped to stand, wherever you are and in whatever way you can, and resist and defeat the Left’s onslaught. A people without a history is a people ready to be enslaved. That is the Left’s endgame. Deny them the victory.

As for what I know about the subject, I’ve actually been studying American history, and specifically the Presidents of the United States, for even longer than I’ve been studying Islam. Those who love their home want to know all they can about it, and over the decades I’ve read hundreds of books on various aspects of American history. The subject has preoccupied me frequently, and has always been dear to my heart, starting from very early on: when I was seven or so, I learned to rattle off the names of all the Presidents in order (well, there were considerably fewer back then) and used to torment the host of a radio call-in show by calling in with what I thought were fascinating and fun facts about our history.

I hope you’ll find this book both fascinating and fun. You may not agree with all of my ratings of the individual Presidents — in fact, you probably won’t — but I know we can agree that the entire endeavor of studying American history and evaluating the Presidents and the good or harm they did is a labor of love — a labor of love for America the bountiful and magnanimous, America the just, America the free. America the beautiful.