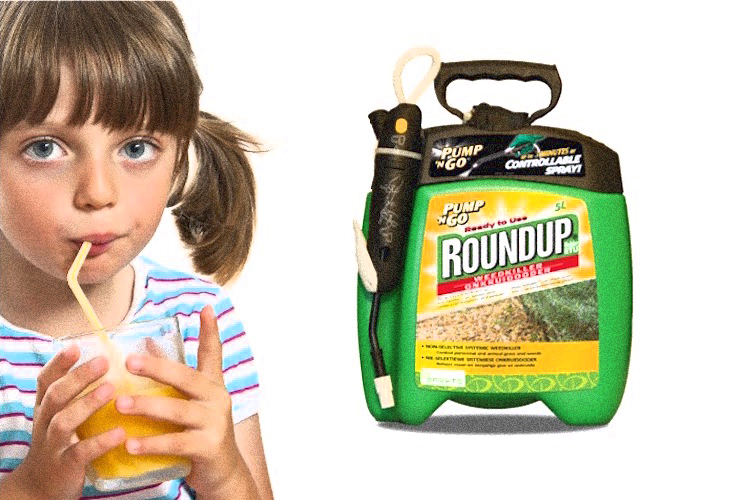 Monsanto is receiving considerable global backlash after the agrochemical and seed giant was found guilty of malice and of covering the fact that their flagship product can cause cancer.

At issue is glyphosate, the active chemical ingredient in Monsanto’s Roundup and Ranger herbicides. For years, evidence has been mounting that glyphosate is carcinogenic, which is quite alarming considering that it is the most widely used (and overused) agricultural chemical ever.

“Americans have applied 1.8 million tons of glyphosate since its introduction in 1974. Worldwide, 9.4 million tons of the chemical have been sprayed onto fields. For comparison, that’s equivalent to the weight of water in more than 2,300 Olympic-size swimming pools. It’s also enough to spray nearly half a pound of Roundup on every cultivated acre of land in the world.” ~Newsweek

Glyphosate is so prevalent in our environment that trace amounts of it is now found in a wide variety of consumer products, including foods and personal hygiene products, in the human body, and in water supplies.

To some scientists and related officials, none of these products individually contain high enough levels of glyphosate to pose a health risk, however, others argue that consuming trace amounts leads to dangerous accumulations within the body, as it is known to bio-accumulate in major organs and bones.

The, “EPA’s high-end estimate of infant exposure to glyphosate exceeds the level the Agency considered safe for them in 1983.” [Newseweek]

The following list of products that have tested positive for glyphosate is quite unsettling, and the retailers who sell these products would do well for themselves to take the lead in calling for an outright ban on glyphosate.

Products and Foods Which Have Tested Positive for Glyphosate Contamination

Additionally, it is believed by some that many products containing GMO’s are at risk of contamination, since glyphosate use has skyrocketed with the development of GMO staple crops.

The struggle to remove glyphosate from the market place and retire it from use forever is well-underway. Please share this list far and wide, add any additional testing that you find to the comment section below, and pressure your favorite retailers to take these products off the shelves.

This article (The List of Products and Foods that Have Tested Positive for Monsanto’s Carcinogenic Glyphosate) originally created and published by Waking Times and is published here under a Creative Commons license with attribution to Alex Pietrowski and WakingTimes.com.