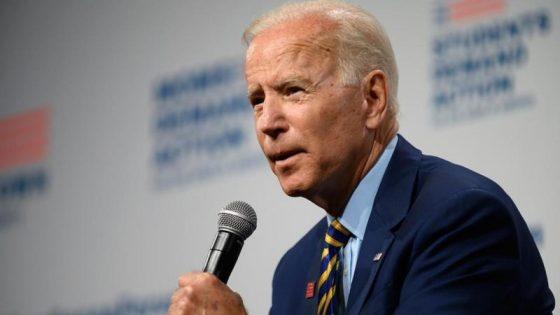 This is the perfect choice–Biden doesn’t want to leave his basement and Whitmer wouldn’t let him anyway.

It seems that the Biden campaign is test-running several of the women on the short-list for Veep through the Media(D).

Just last week, POLITICO was reporting that Senator Kamala Harris(D-CA) was at the top of the list. ClashDaily covered that here:

We didn’t even get to former Georgia State Representative, Stacey Abrams, who has been shamelessly self-promoting to get the Biden camp to give her a second glance.

For weeks there has been one pro-Abrams piece after another. She’s on every news or news-adjacent show that will take her. The latest was a 6,000-word piece in The Washington Post last week that unironically compared her to–I kid you not–a “runway supermodel.”

But that was last week.

This week, it’s Governor Gretchen “No Seeds For You!” Whitmer, who has been grinding Michiganders under her jackbooted heel as they push back against her overly restrictive coronavirus lockdown measures.

Dear Leader Whitmer appeared on NBC’s Today show and said that she was in talks with the Biden campaign.

.@CraigMelvin asks MI @GovWhitmer about being a possible choice as vice president on #JoeBiden's ticket.

"I'm making a little bit of time to stay connected to the campaign but the most important thing I have to do right now is be the governor of my home state." pic.twitter.com/pEJC6XvEkJ

Michigan Gov. Gretchen Whitmer has confirmed she is in talks with Joe Biden’s campaign to become his running mate, as the race to join his ticket reaches an unseen fever pitch.

“I’ve had a conversation with some folks,” Whitmer said in a Tuesday morning interview on the “Today” show.

“It was just an opening conversation and it’s not something that I would call a professional formalized vetting,” she added…

…“I am making a little bit of time to stay connected to the campaign, but the most important thing that I have to do right now is be the governor of my home state,” she said. “That’s all that matters to me in this moment.”

The Biden campaign thinks that the way to get back that ignored “Rust Belt” blue-collar worker vote lost in 2016 is to…pick the COVIDictator who is pushing an incredibly restrictive lockdown that is preventing the state from opening up and letting people go back to work.

All I can say to the Biden camp is…

I cannot think of a more horrendous pick for a running mate than Gretchen Whitmer, other than perhaps the Obamagate conspirators, Rice and Yates.

Heck, Stacey Abrams might even be a step up from Whitmer and she has zero qualifications.

The race to become the running mate on the losing Biden ticket is just as embarrassing and hilarious as the Biden campaign itself has been so far–and that’s quite a feat.