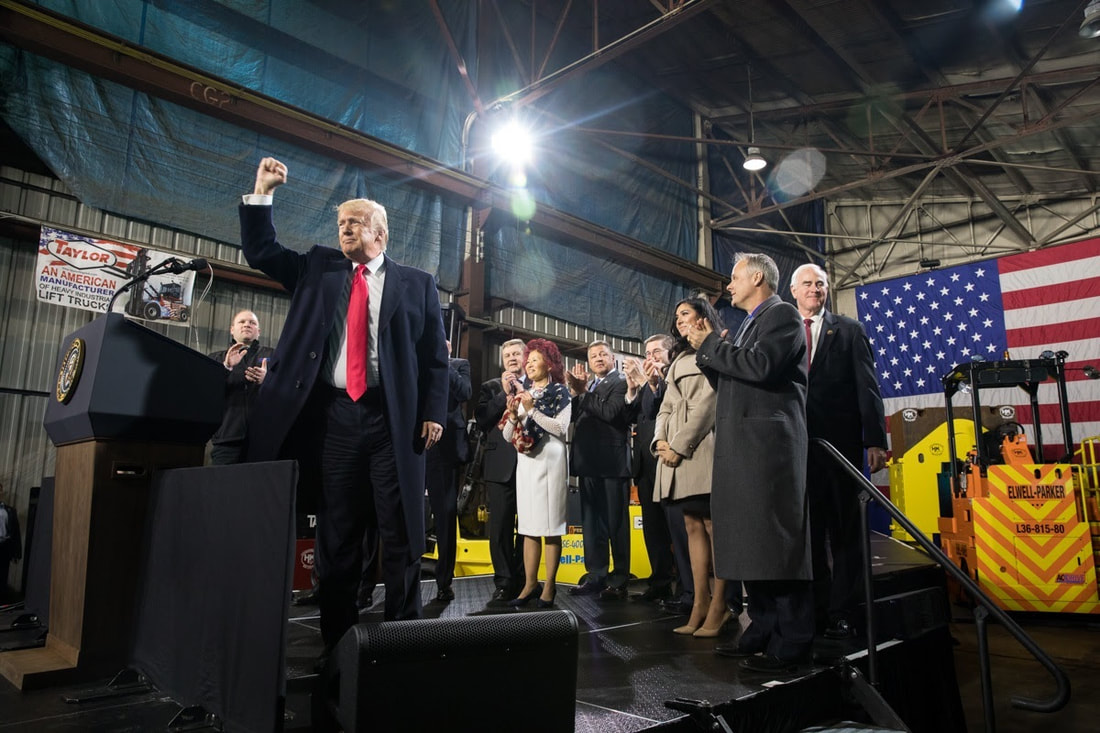 On Saturday, President Trump made an unscheduled visit to Walter Reed Hospital. According to White House Press Secretary Stephanie Grisham, Trump went through “a routine checkup as part of his annual physical”, and after about two hours he departed. If it was anyone else, this wouldn’t even be news. But when it comes to Trump, if there is any potential sign of weakness the mainstream media is going to jump all over it. Even though the White House insists that Trump is in perfect health, the mainstream media refuses to believe it. In fact, a CNN article about this incident claims that we can’t take anything that the Trump administration tells us at face value because of the “thousands of lies and deceptions” that the Trump administration has supposedly already promulgated…

Like a weekend worrier who shows up at the emergency room, President Donald Trump went to Walter Reed National Military Medical Center unannounced for what the White House says were supposedly routine tests. “He’s in good health and it was a routine checkup as part of his annual physical,” insisted White House press secretary Stephanie Grisham.

Another administration might get the benefit of the doubt in such a case, but after thousands of lies and deceptions, this one deserves nothing of the sort.

Of course that article didn’t actually identify any examples of past “lies and deceptions” by the White House.

“Perfect example of how the long history of false statements from White House has worn away any presumption of truthfulness,” David Lauter, the Los Angeles Times’ Washington bureau chief, tweeted. “Maybe Trump’s hospital visit was routine, but burden of proof is on WH to show evidence.”

What we are witnessing is extremely bizarre. The mainstream media is regularly accusing the president of the United States and those around him of being blatant liars, and they are making it very clear that we shouldn’t believe anything that they tell us.

Could you imagine if they had treated Barack Obama this way?

And with each passing day, the mainstream media is working very hard to erode our trust in the White House. NBC News seems to think that we should be suspicious of what happened at Walter Reed because it deviated from what Trump had done in the past…

Trump, 73, had no public events on his calendar Saturday and no advance guidance was given that he would be getting any kind of medical exam. Trump’s prior two physical exams as president were on the public schedule and advance warning was provided. In addition, those exams did not take place in multiple “phases.” Trump’s most recent physical was in February.

Trump arrived at the hospital at 2:45 p.m. Saturday and spent slightly more than two hours there. He was seen leaving with a tan envelope tucked in his arm. The full annual presidential physical typically takes several hours and is unlikely to be described as a “quick exam and labs,” which is how White House press secretary Stephanie Grisham explained the visit afterward.

This does not add up; the White House Medical Unit has very comprehensive facilities at the White House complex that could easily accommodate most of what is needed in an annual physical. As a fmr USSS Agent assigned POTUS, I have never seen the annual formality occur in stages.

But just because Trump did something a certain way a couple of times in the past does not mean that he is always going to do things that way in the future.

Trump is known to suddenly change course based on what he is feeling in the moment. Perhaps he got up on Saturday and decided that getting checked out by a doctor would be a good thing to do, and there wouldn’t be anything wrong with that.

Unfortunately, many in the mainstream media continue to speculate that there must have been some sort of “medical issue” that caused the sudden visit to Walter Reed. For example, just check out what Joe Lockhart tweeted…

“The one thing you can be absolutely sure of is this was not routine and he didn’t go up there for half his physical,” tweeted Joe Lockhart, a press secretary under President Bill Clinton, who was himself impeached for perjury and obstruction. “What does it mean? It means that we just won’t know what the medical issue was.”

NICHOLS: But at his last check-up, doctors noted a higher coronary calcium score.

TORRES: The calcium score he had from 2018 showed he already had plaque buildup around his heart. That’s a bit concerning.

When Hillary Clinton was literally collapsing in public during the 2016 campaign season, the mainstream media insisted over and over that she was perfectly fine.

But Trump makes one unscheduled visit to the hospital, and all of a sudden the conspiracy theories are running rampant in the mainstream media.

According to Cheri Jacobus, Trump’s hospital visit was setting up an excuse “so he can quickly resign for alleged ‘health reasons.’”

According to Jacobus, Trump may simply quit, as evidence grows in the impeachment inquiry against him. Vice President Mike Pence would then become president — and would hand Trump a pardon for any crimes he may have committed, due to “compassion” for Trump’s alleged “health issues.”

What a bunch of nonsense.

After everything he has been through, President Trump is definitely not going to resign. Every time the mainstream media spreads such nonsense they lose even more credibility.

In the old days, the mainstream media would simply report the information that they received from the White House, and what the White House is telling us is that President Trump is “perfectly healthy”…

As Trump was at the hospital, Grisham said, “Anticipating a very busy 2020, the president is taking advantage of a free weekend here in Washington, D.C., to begin portions of his routine annual physical exam at Walter Reed.” Afterward, she said Trump “remains healthy and energetic without complaints, as demonstrated by his repeated vigorous rally performances in front of thousands of Americans several times a week.”

Later in the evening, Grisham told NBC News in a statement that Trump “is fine — perfectly healthy.”

But what isn’t healthy is the relationship between the Trump administration and the mainstream media.

During previous administrations, the mainstream media at least attempted to maintain a pretense of objectivity, but those days are long gone.

At this point it is exceedingly apparent that they absolutely hate Trump, and they are going to do their very best to help get a Democrat elected in 2020.