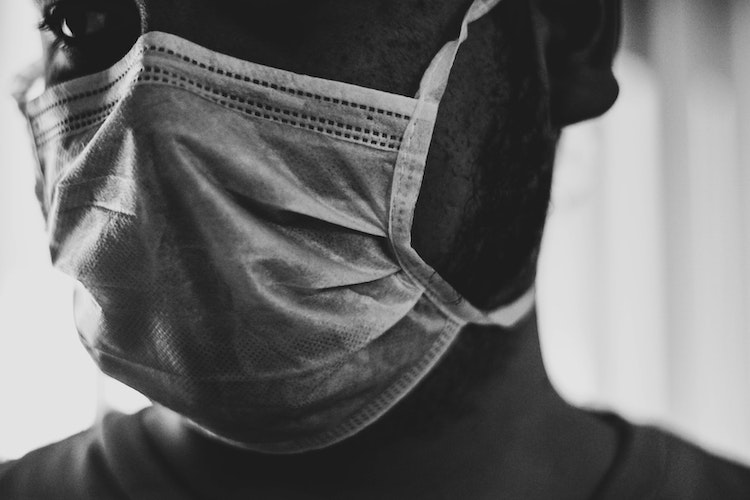 NOTE TO FACT CHECKERS: This is an editorial piece. It is my personal opinion. Nothing in the following collection of words can cause physical harm to anyone, nor can any of it be taken as offensive or be considered hate speech by any rational person. As a sovereign being I am entitled to express the thoughts in my head without censorship, punishment, reprisal, or threats against my livelihood. Please respect my right to free speech and self-expression, and respect the rights of those who wish to read this. This is not fake news. It is not misinformation. It is not dangerous, and it certainly is not racist. It is merely one man’s opinion expressed in editorial form. So please, whoever has ears, let them hear.

Let’s just for a moment suspend all disbelief in the official Covid-19 narrative. Let’s set aside questions about mortality rates, death certificate designations, controversy over treatments and testing procedures, and politics.

Instead, I want to zoom out a bit and do some traveling back and forth in time in order to bring your attention to the progression of something critically important to all free human beings on this planet.

There’s a great divergence taking place, dividing our country and perhaps the entire world. To most, this was all unexpected. A big surprise. To others, this has been a long time coming, but through the fog of confusion around us, one thing is crystal clear to those of us who’ve been watching, warning and waiting for a long time: we are on a stepping stone toward a very dystopian future where personal sovereignty and privacy will become historical ideas unfitting for such a brave new world.

I am not a religious man, but I do come from a Christian culture, and of particular note today is a chapter in the Bible that strikes abject fear into the hearts of believers. Revelation 13, particularly the following sentence which refers to The Beast coming out of the earth:

“It also forced all people, great and small, rich and poor, free and slave, to receive a mark on their right hands or on their foreheads, 17 so that they could not buy or sell unless they had the mark, which is the name of the beast or the number of its name.” ~Revelation 13

For nearly two-thousand years, believers have been looking for signs of this prophecy coming to fruition, and the term ‘The Mark of the Beast,’ is now firmly entrenched in our cultural lexicon. Kanye West used it today in reference to a Covid vaccine. Louis Farrakhan was preaching about it over a decade ago. So called conspiracy theorists have for decades been looking at institutional documents and central planning agendas, warning that a global government was being organized to conquer the planet and enslave us all with the boot of technology.

It has gained social capital for its implied meaning that someday free people will be subjected to an authoritarian control system which treats human beings like livestock to be ID’d, tracked, traced, controlled, milked and slaughtered when the time is right.

And shouldn’t an idea like this stoke fear in the hearts of the free and the independent? After all, it implies an end to free will and an end to self-determination. It implies total, hopeless, global slavery.

Someone recently said to me that the masks are the mark of the beast in larval form, and this, to me, seems a fair metaphor. A larva is the juvenile form that many animals and insects take before maturing into an adult. Often, the appearance of an animal in larval form is quite different from the mature animal.

All the while, we are watching the experts on television nonchalantly inform us that our future participation in the economy and in society at large will be dependent on our acquiescence to whatever new rules and mandates they throw at us. That we will be surveilled, monitored, vaccinated, and contact traced everywhere we go, and that in order to buy or sell, worship, go to school or gather, we will have to show proof of submission to the system’s demands.

In 2014, Australian writer Steven Tritton warned us that we had already crossed the Rubicon into this future, but that in order to go all the way we needed only the right crisis to catalyze public opinion in favor of such measures.

“Perhaps in the midst of such turmoil or following a worldwide economic meltdown, comes a momentous shift to a cashless society with an embedded device compulsory for every individual to participate in the new global financial order. However, the newly hatched revolutionary system will be one that ensnares humanity in a totalitarian global surveillance society unlike the modern world has ever seen given such advanced technology in place. We have already crossed the Rubicon.” ~Steven Tritton in 2014

In 2012 we published an article quoting the father of a San Antonio high school girl who was objecting to the school’s requirement that all students wear RFID (radio frequency identification) badges to track student’s whereabouts in an effort to reduce tardiness and truancy. He called the badges, ‘the mark of the beast,’ and they certainly were an ample introduction to the emergent technology that will become what many fear is the real mark.

But people aren’t stupid. They’re frightful, but not stupid. So, for the beast to make inroads on the effort to track and trace everyone, the progression needs to be incremental, touching on key points of fear along the way, always increasing the intensity of the crisis so as to allow the proverbial frog in the pot to boil before he becomes aware of his imminent doom. In order for people to accept compulsory measures like these they have to be deceived into believing that their life depends on it.

People don’t seem to fully comprehend what is being given away in this desperate hour, but without a doubt, they will feel it, and long to have it back, in the coming dystopian future.

My sense is that we are losing something exclusively human. That the masks actually alter the way we view each other, and that they shift our perception of others away from trust. Where once we saw smiles and community, now we see furrowed brows, concern and hazard. I feel we are jumping headlong into the dark abyss of fear, giving power and precedence to the inner authoritarian, and that as we forfeit bits of self integrity to go along to get along, we become envious and agitated with those who wish not to comply.

“I contend that there is something hugely meaningful about humanity, something virtual reality can never match, something artificial intelligence can never be programmed with. Words such as conscience, compassion, warmth, kindness, generosity, spontaneity, imagination, inspiration and creativity, give some hint as to what this something might be.” ~Nigel Kerner

So for today, it’s required masks. Tomorrow will see legally mandated contact tracing apps on your phone. Then required immunity certificates and special health passports. Then on to some more permanent form of traceable, wearable tech like a tattoo or an implant.

Call it what you want, but if you want to feed your family today, you’d better mask up. And if you are reading this beyond 2020, I hope that time has proven me wrong and that we have somehow collectively managed to squash this wicked bug before it evolves into its full form.

Dylan Charles is the editor of Waking Times and host of Battered Souls: A Podcast About Transformation, both dedicated to ideas of personal transformation, societal awakening, and planetary renewal. His personal journey is deeply inspired by shamanic plant medicines and the arts of Kung Fu, Qi Gong and Yoga. After seven years of living in Costa Rica, he now lives in the Blue Ridge Mountains, where he practices Brazilian Jiu Jitsu and enjoys spending time with family. He has written hundreds of articles, reaching and inspiring millions of people around the world.

Dylan is available for interviews and podcasts, and offers his services as a professional life coach to people looking to break free from the patterns and programming that hold them back in life. Contact Dylan at WakingTimes@gmail.com.

This article (The Mask is the Mark of the Beast in Larval Form) was originally created and published by Waking Times and is published here under a Creative Commons license with attribution to Dylan Charles and WakingTimes.com. It may be re-posted freely with proper attribution, author bio, and this copyright statement.