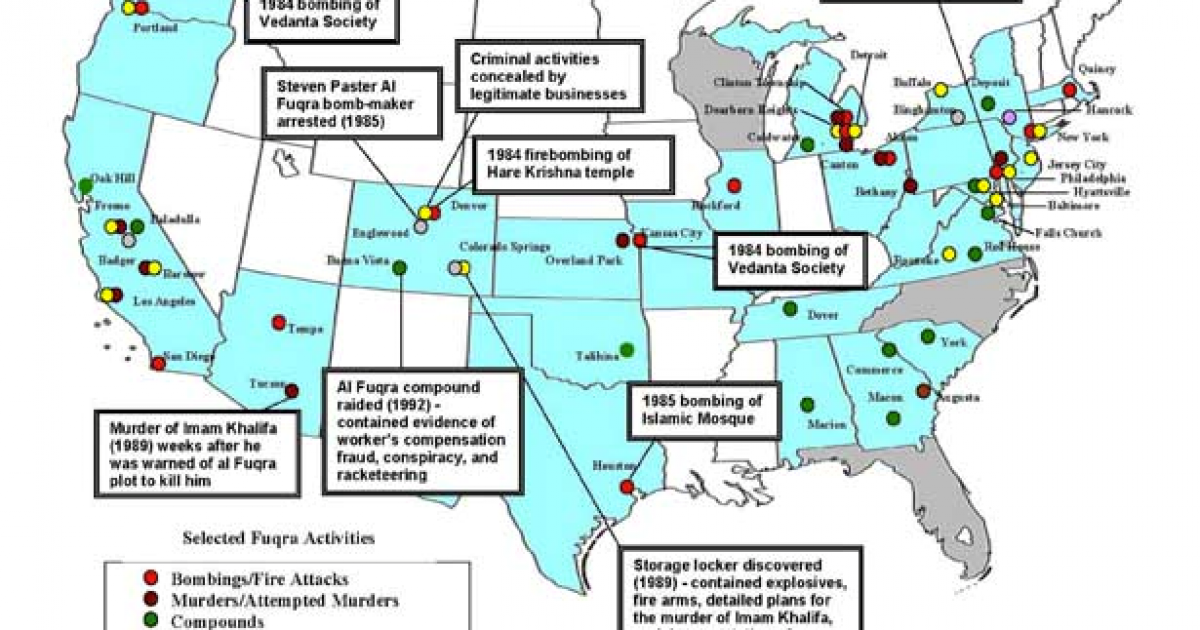 It was reported this last week on The Sons of Liberty Media by Mac Slavo:

“Eleven children were rescued from a compound in New Mexico, which was being run by armed Muslim extremists. Authorities found all the children living in deplorable living conditions after raiding the property looking specifically for a three-year-old boy. It is also being reported that they were training children up for school shootings.”

A Muslim military camp heavily armed in New Mexico? Training up children to go into schools and shoot them up? Yes, you heard that right, in America (Deuteronomy 28:50).

They are bringing their culture with them into this country. These Muslims are not looking for help. They are here to terrorize, and they are looking to conquer.

But what are you being told by the media? You are being told that they are contributing to society. Really? Let’s take a look at Muslims from the east who are plundering countries that they are entering.

Muslim migration has doubled in the decade since 9/11 and 60% of migrants to America favor Sharia law (Deuteronomy 28:15-68).

All that one has to do is look to Germany, Sweden, France, or to the U.K. to see what is happening concerning the Muslim invasions and overthrow of these countries. Again, these Muslims are not coming into these countries to assimilate, they are there to conquer, and it is exactly what they are doing (Matthew 7:16). This is happening incrementally and Scripturally, it is called a siege.

Do remember that this is happening with the help of the silent churches, the apathetic congregants that refuse to obey God, corrupt politicians, and the CIA-controlled media worldwide (Deuteronomy 28:43).

“And it shall come to pass, that as the LORD rejoiced over you to do you good, and to multiply you; so the LORD will rejoice over you to destroy you, and to bring you to nought; and ye shall be plucked from off the land whither thou goest to possess it.” (Deuteronomy 28:63)

Now, I have to say America, that while most of you are beating up on the Democrats (As if to suggest that there is any difference between them and the Republicans) as being a bunch of idiots, I would have you know that the idiots are those that let them do the things that they are unlawfully doing, and that on a daily basis (Psalm 94:20). They know the crimes that they are committing, so do not play their fools. Your representatives are the ones responsible for alluring these Muslims into America and all on the taxpayer’s dime. And it is the media that is using fear tactics by magnifying the crimes of ISIS and ISIL to paralyze you.

To further prove all of this, let’s look to the 35 jihadi training camps right here in America that are all being ignored.

While most are asleep (Matthew 13:25) and diverted, Americans are taking their time and energy to lavish praises upon the current president, who has done nothing in opposition to the immigration as to what is being highlighted here. In other words, the agenda goes forward regardless of who occupies the people’s White House.

Back in 2009, post 9/11, the above report on the jihadi training camps and the one below came out. However, I am not hearing anyone in the corporate-run media raising any flags on this. Why? Only you can answer that.